A Master Plan For Rescue 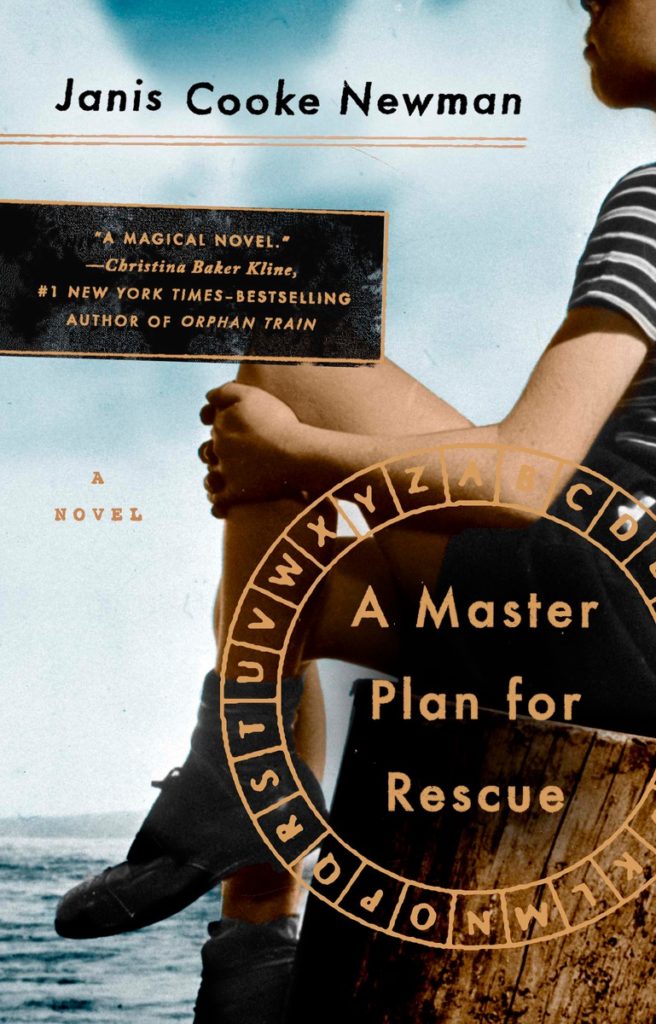 The following is from Janis Cooke Newman’s novel, A Master Plan For Rescue. Newman is also the author of, Mary; Mrs. A. Lincoln, an LA Times Book Prize Finalist. She is the author of the memoir The Russian Word for Snow, and the founder of the Lit Camp writers conference.

In 1939, the St. Louis left Hamburg, Germany with 900 Jewish refugees—all holding visas for Cuba. When the ship reached the waters outside Havana harbor, word came that the Cuban president had changed his mind. No one would be allowed to land.

For two days, the St. Louis sailed along the coast of Florida—so near to Miami, fishing boats filled with tourists motored out to shoot photos of the stranded Jews, for that is what they’d become—a tourist attraction. When word came from the America president, it was the same. No one could land. America had enough Jews. The St. Louis would have to return to Europe.

This excerpt takes place on the St. Louis shortly before it arrives outside Havana harbor. The point of view character, Jakob, has been forced to leave behind in Germany the woman he loves, Rebecca. To make this bearable, he imagines she has escaped to Paris.

It seemed that the death of Morris Weitz unleashed something in the ship, set it free to prey on us. For that night, one of the St. Louis crewmen, a kitchen hand named Leonid Berg, leapt to his death in the exact spot where we had committed Professor Weitz to the sea.

Captain Schroeder tried to keep the news of Leonid Berg’s suicide from us. But this was not the type of news he could keep quiet on a ship of nine hundred Jews. Most of us had been awakened in the early hours when the St. Louis turned around to search the black water for the kitchen hand’s body. We had been awakened again, when the ship resumed course, after the sea refused to yield it up.

All of us had lived too long under the Nazis not to question the notice Purser Mueller tacked onto the message board on B deck describing crewman Berg’s frequent attacks of depression.

“Someone discovered he was a Jew,” Herr Schiller said. And most of us agreed. What we were divided on was whether Steward Schiendick had thrown him into the water or merely hounded him into doing it himself.

The death of the kitchen hand woke everyone from the spell of the St. Louis. It was as if we all knew that beneath the polished and gleaming decks there were men with beer on their lips who were singing the Horst Wessel. As one, we ceased acting like passengers, and began acting like what we were—nine hundred Jewish refugees fleeing with everything we owned. We no longer moved about the sparkling ship as if we had a right to be there, commanding the white-uniformed Germans to bring us drinks and towels. We hesitated before asking for another cup of tea, for fresh sheets for the bed, afraid that such a request might get us tossed into the churning waves beneath the ship. A ship that had begun to feel less like a pleasure boat and more like a floating death camp.

As for Max Loesser, the death of Leonid Berg wore on the fragile machinery inside him. When the news came to me of Berg’s leap into the sea, I had run to the Loesser’s stateroom and found Max cowering behind the bed.

“Last night, when the ship turned,” Frau Loesser said, “he declared it was because the Gestapo had discovered he was on board. He was certain Captain Schroeder had turned it to take him back to Germany.”

Ruth Loesser was standing at the room’s porthole, looking as if she wished she might jump out of it.

I knelt beside Max and told him about the kitchen hand in a gentle voice.

“He was a Jew and they threw him into the sea,” Max insisted.

“That is the speculation.”

I shrugged. “There are nine hundred of us, and we are scheduled to arrive in Havana in three days. Your odds of staying dry are good.”

After Weitz, after Berg, every one of us was desperate to get off the St. Louis. No member of the crew could appear without being asked when he thought we would arrive in Havana harbor and did he believe there was the chance we would get there early. Barring the hottest hours of the day, there was always a line of us standing at the railings, scanning the horizon, as if we could make Cuba appear only by wishing for it.

The day the purser announced he would be handing out our landing cards, I joined the crowd that filled the narrow hallway outside his office, pushing and shoving each other no matter how many times he reminded us there were enough landing cards for all nine hundred—because I was not the only one who had convinced himself that having a landing card might somehow protect him from the evil that lived beneath the St. Louis’ polished wooden decks.

On the last full night before the St. Louis was to dock in Havana, a fancy-dress costume ball was held for the entire ship in the enormous Social Hall of the St. Louis. This, Doktor Spiegel explained to me, was the custom aboard pleasure boats.

“Have you not brought a costume?” he said.

I shook my head, marveling at the notion of a Jew who would think to pack a fancy-dress costume while he was fleeing the Nazis.

“Then you shall have to improvise something.”

After dinner, when everyone was getting ready for the ball, I returned to my stateroom and opened the suitcase I had not touched since accepting the loan of Max Loesser’s suit. Raising its cardboard lid released the scent of the flat on the Wasserstrasse into my gleaming stateroom—the bitter smoke from the tiled stove, the air of mothballs and lanolin from the blanket Rebecca wrapped around her shoulders, her cinnamon-flavored tea. Rebecca always smelled of that blanket and that tea, and under them both, of the chemicals she used to develop her film. I grew to hate the smell of those chemicals, because she made me use up favors on them, turning the small water closet in our flat into a darkroom.

Rebecca does not smell like these things anymore, I told myself, even as I put my face deep into the case. She smells of French cigarettes and strong coffee, and whatever scent the wind carries when it blows across the Seine. It is possible I believed this as surely as Max Loesser believed the St. Louis was filled with agents of the Gestapo sent to hunt him down.

I put on the oldest of my woolen trousers and the most frayed of my white shirts. As I entered the Social Hall, Herr Bergmann, who was dressed as a pirate with a patch over his eye, asked me what I was supposed to be.

Silver streamers cascaded from the ceiling and hundreds—maybe thousands—of balloons floated above our heads. The black and white squares of the marble floor were so highly polished, the floor itself appeared like a great expanse of ice. All the many tables and chairs had been pushed against the walls to make room for dancing, and the ship’s orchestra was perched high above us on a platform. As I entered, they were playing American swing music.

It seemed all nine hundred of us were here—everyone in fancy dress costume. Pirates and Roman gladiators and Japanese geishas circled beneath the silvery streamers. Some who had been forced to improvise had turned their bed linens into Arabic-style clothing from British Palestine, or converted the fronds from the palm trees on A deck into Hawaiian hula skirts. Babette Spiegel was wearing a sea green evening gown with a pair of black riding boots. None of us could say who or what she was supposed to be, but it did not matter. Babette Spiegel only needed to be Babette Spiegel.

The mood should have been festive, but there was a desperate quality to the party, a foreboding that floated amidst the balloons and streamers. Everyone appeared in a frenzy to spend his shipboard money, as if we believed the sooner it was out of our pockets, the sooner we would be free of the St. Louis. And the only thing to spend it on now was drink—champagne and rum and schnapps and whiskey.

As the evening wore on, the pirates and Roman gladiators, the Japanese geishas and Palestinian Arabs become more and more intoxicated. No one could walk without stumbling, without having to hang onto someone else for support. The ship’s orchestra switched from American swing to Cuban rumbas and tangos, and the dancing on the treacherous marble floor grew more abandoned.

I attempted to get just as drunk as everyone else. But the more whiskey I drank, the more sober I felt. I gave up, sat on one of the chairs pushed against the wall and watched my fellow passengers fling themselves around the dance floor as if they didn’t care whether they broke every bone in their bodies.

I began to think the St. Louis had put us all under a new spell. That it had convinced us to dress like someone we were not—like something we were not—and then forced us to drink until we were drunk. So drunk we could no longer think, no longer remember who we were. And soon, very soon, we would look down at ourselves in our pirate and gladiator and Palestinian Arab costumes and run to the upper deck, to the spot where the crewmen had dropped Morris Weitz’s body into the sea, and we would hurl ourselves into the ocean, just as Leonid Berg had done.

As if he had been the one putting these thoughts into my head, I spotted Max Loesser on the platform with the orchestra. He was not wearing a fancy-dress costume. He had come as himself, as Max Loesser in his overcoat and fedora, and he was waving his arms at the musicians to silence them.

As the music ceased, the drunken revelers on the dance floor gazed up. We were all suddenly sobered, I think, by the fear of what Max Loesser—dressed as himself—might say or do from that platform high above the marble floor.

I left the chair at the edge of the dance floor, calculating how difficult it would be to catching a falling man.

“I have just seen the Bahamas,” Max Loesser shouted down to us.

The crowd below gasped as loudly as if he had jumped.

“A small light,” he continued, “from a lighthouse, probably. You can see it from the upper deck.”

From A MASTER PLAN FOR RESCUE. Used with permission of Riverhead Books. Copyright © 2015 by Janis Cooke Newman.

How Writing About Pit Bulls Led to Death Threats, Online and IRL 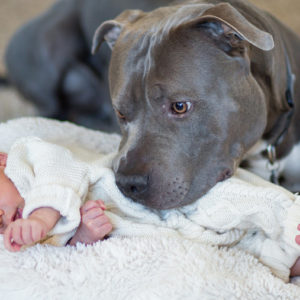 How Writing About Pit Bulls Led to Death Threats, Online and IRL When Bronwen Dickey affixed the subtitle to Pit Bull, her recently published study of the pendulum-swinging fortunes of the dog who has gone...
© LitHub
Back to top