Also on Literary Hub: A novel written with only the 483 words spoken by Ophelia: Scott Esposito in conversation with Paul Griffiths about let me tell you · Reading D. H. Lawrence on a remote Swedish island: Fredrik Sjöberg on parables, flies, and the sea · It ain’t Hollywood, it’s Mescalito: from Eve Babitz’s Slow Days, Fast Company 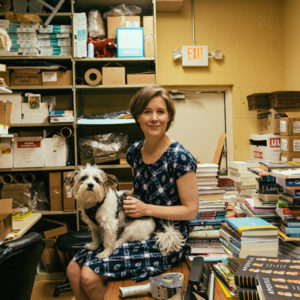 Those of us who work and shop at Parnassus Books (this interview also appears at Parnassus' blog) have a unique perspective...
© LitHub
Back to top