This week, Julia, Rider, and Tod discuss The Man They Wanted Me To Be, the new book out from Jared Yates Sexton about masculinity in America and masculinity in his own life. Before delving into the book, the three discuss the current political climate in the south, how living in California is a moral choice, the choice between avoiding a place you are against or going there to inspire change, and what going to a Trump rally is really like.

Julia Pistell: We have skipped the subtitle of the book, and it’s easy to fall into talking about Trump and politics because that’s our entry into this author. The subtitle is “Toxic Masculinity and a Crisis of Our Own Making,” and that’s what the book is about. This is not going to sound like a compliment, but this book drained the life out of me. There was no part of this book where I was shocked or defensive, but seeing it all strung together was powerfully exhausting. What Sexton does is interweaves his mother’s personal history with men like his dad and stepdad and other male figures in his life. They all reflect these different aspects of toxic masculinity, and ultimately the book is the story of one life that you can tell is ordinary but also in every day life comes across domestic abuse or people who stalked outside my house, which is one of the most terrifying things I’ve read in my life.

The rock star vibe, trolls, jocks: it was such a beat down of how inescapable these ideas and cultural forces are, and I want everyone to read this book. In my own personal recommendations I want to downplay the political aspects because it’s just one tiny grain of sand in this hourglass, and we need people to see the whole picture. This is so much bigger than Trump or an election or these areas of America. It is “the” problem. The book is focusing this light on exactly what’s so terrible about toxic masculinity and the patriarchy. We always hear it come up in conversation: This is bad for women. Of course, it’s worse for women in a lot of ways, but we see man after man in this book going through unimaginable pain. It’s important for people to understand how abusive and constricting the ideas of the American Man are.

Tod Goldberg: If you transported this book to a wealthy neighborhood in Northern California, I had the same exact experience.

Rider Strong: Also reading a memoir by someone my own age. I’m so used to reading memoirs by people at least 10 to 15 years older, but reading a memoir by someone two years younger than me, you’re talking bout exactly the moments in culture I was growing up with. The same insults, the same bullshit leveled constantly. As you’re saying, in Northern California, which is the complete opposite side of the country, I could relate. I could hear all those echoes and understand that those happened. 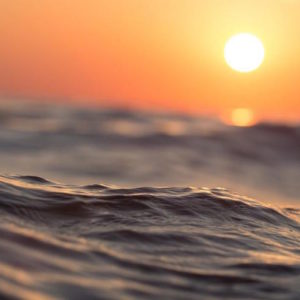 Sunday afternoon on a city beach. No sand, slabs of manufactured stone. I watch two blondes, maybe sisters, Inflate a raft....
© LitHub
Back to top