Lit Hub’s Most Anticipated Books of 2023 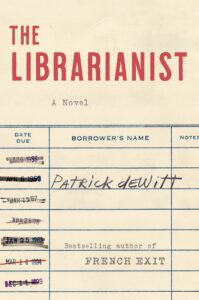 Full disclosure: I will read anything Patrick DeWitt writes. The Sisters Brothers is one of the funniest novels in recent memory, and French Exit was purely, and darkly, delightful. So, though my buy-in was all but guaranteed, and The Librarianist—which tells the story of a retired librarian who tries to inject meaning into his newly wide open days by volunteering at a senior center—seems like a perfect showcase for DeWitt’s wit(t), and for his funny, off-kilter, beautifully human characters.  –JG 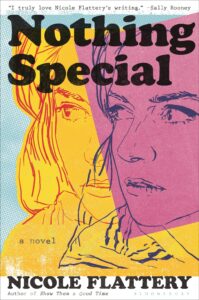 Irish writer and critic Nicole Flattery’s brilliant 2019 debut Show Them a Good Time, which the Guardian called “a highly addictive mix of deadpan drollery and candor” and Lauren Oyler in Bookforum memorably described as “a bit like drinking: refreshingly obliterative, realistically distorted,” is one of the best short fiction collections to come out of Ireland in recent years, and deservedly won the Galway-based author a clutch of awards. Flattery’s hotly anticipated first novel is a coming-of-age story about a disaffected teenage girl who takes a job transcribing taped conversations at Andy Warhol’s Factory in 1960s New York City. For fans of Lorrie Moore, Mary Gaitskill, and Deborah Levy.  –DS 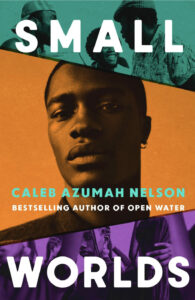 For his gorgeous debut novel, Caleb Azumah Nelson was awarded the Costa First Novel Award, the British Book Award for Debut Fiction, and the National Book Foundation’s 5 Under 35 distinction. Now the author of Open Water is back with a novel that promises to be just as captivating. Small Worlds introduces us to Stephen, a first-generation Londoner, son of Ghanian immigrants. His life is supposed to follow a specific track (read: a university degree), but he veers off course when he chooses to pursue music instead. It’s a story about an artist feeling the opposite pulls of family and his true passion, and how splintering those demands can be. A chance to get lost in Caleb Azumah Nelson’s sonorous prose again? Music to our ears.  –KY 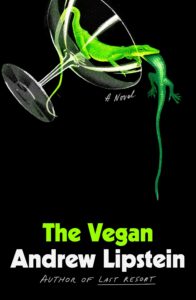 I inhaled Andrew Lipstein’s debut novel Last Resort (which just came out in 2022, damn him), a book about storytelling and greed and New York and artistic ownership, so I’m eagerly anticipating his next, which seems to be equally invested in asking questions about the murky nature of morality in our modern world. Andrew Martin called it “a feverish, fantastically surprising parable about guilt, money, and (curveball) the lives of animals,” and writes that it “reads like the unholy offspring of Saul Bellow’s Seize the Day and Julio Cortázar’s cosmic short fiction, or Crime and Punishment for the Brooklyn brownstone set,” which is about as good a blurb as you could get.  –ET 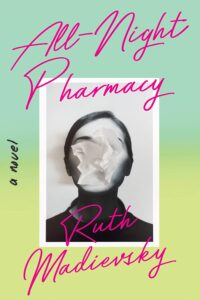 I know and love Ruth Madievsky’s writing from her work for this very website, so I’m looking forward to her debut novel, billed as “Rachel Kushner meets David Lynch” (I mean!). After the novel’s unnamed narrator accompanies her rebellious and charismatic sister, Debbie, to a pill-addled evening at a Los Angeles bar, Debbie disappears, setting off the narrator’s uneasy journey—complete with sex, drugs, and mysticism.  –JG 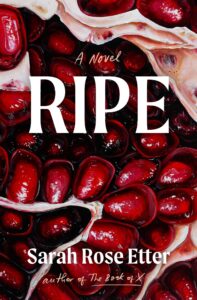 The latest novel from the author of The Book of X, which won a Shirley Jackson Award for Best Novel, is about a millennial woman working at a toxic Silicon Valley startup, always accompanied, as she has been since childhood, by her own personal black hole. Yep. Laura van den Berg called this “a harrowing and mordantly hilarious send-up of the horrors of late-stage capitalism, and a potent meditation on the search for meaning in a broken world,” which only makes me want to read it more.  –ET 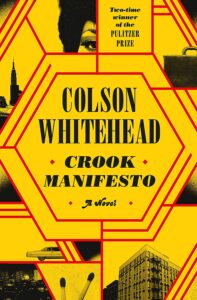 The eagerly awaited sequel to Harlem Shuffle is hitting the shelves this July. We find ourselves back with Ray Carney in Harlem in the 70s, as he recommits to the straight-and-narrow life, then slips up again, recommits, but can’t stay away from his crooked leanings and connections. A decade-spanning work that encompasses crime, police brutality, racism, family, and the desperate will to stay afloat, Crook Manifesto delivers on the high-bar its preceding novels set, offering a thoroughly-researched, well drawn portrait of a specific time, man, and place.  –JH 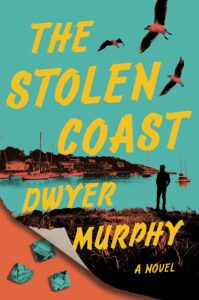 If the lovers at the heart of Casablanca had met about 30 years later, and had a kid, and then that kid and his dad started a business, then the story might have gone something like CrimeReads Editor-in-Chief Dwyer Murphy’s upcoming New England beach thriller, The Stolen Coast. Murphy’s hero and his retired spy dad have an unusual business helping people on the run, using the legions of homes left abandoned outside of the summer season. When an ex-girlfriend shows up with a plan for a diamond heist, the risks of an already-dangerous job go through the roof, but the rewards may just be big enough to be worth it. I have been assured that this book has no boat shoes. –MO 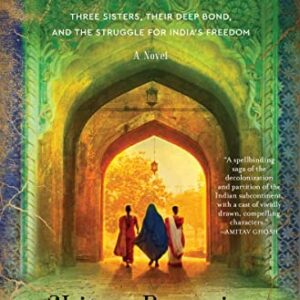 Independence The house is quiet now, lanterns extinguished, the family settled for the night, parents in the bedroom, daughters on old quilts...
© LitHub
Back to top
Loading Comments...