Also on Lit Hub: Everybody’s favorite literary one-hit wonder? A compendium of strong opinions about Wuthering Heights, from famous writers to first reviews • Kristen Arnett gives you the dos and don’ts of supporting your local library • Was poet Forugh Farrokhzad Iran’s “most notorious woman”? Jasmin Darznik on the writer who gave her hope • A history of violence: Paula Saunders examines the parallel lines of history and home • Charlotte Strick on how Rachel Cusk’s Outline Trilogy got those iconic covers • Katharine Kilalea on the most dangerous building in South Africa • Good boys: the indisputably best dogs in (contemporary) literature • “My family was a series of hushed rages behind shut doors.” Brandon Taylor on grieving for a mother he never fully knew • Terry Tempest Williams talks to Paul Holdengraber about beauty, survival, and the twinned realities of joy and sorrow • Breaking up the boys club: On women in the rare book trade • From Knut Hamsun to Tarka the Otter, literary fascists of the 1930s, great and small • When writing is your job, researching trauma can be a serious a workplace hazard • So, what if we tried plutonium? On the problems of powering an artificial heart • On the ongoing struggle to get Americans to read writing in translation • The Summer of 68: on the Vietnam War deserters who sought asylum in Sweden • Do violent revolutions invite dictators? Former vice president Sergio Ramirez on the ongoing crisis in Nicaragua • The Lit Hub staff’s

favorite stories from July • “Write a sentence as clean as a bone.” And other intense bits of writing advice from James Baldwin

Best of Book Marks: “Read Jane Eyre, but burn Wuthering Heights”: on the occasion of her 200th birthday we looked back on the first fiery reviews of Emily Brontë’s gothic masterpiece • The Strange Case of Dr. Couney author Dawn Raffel spoke to Jane Ciabattari about five carnivalesque literary classics, from The Devil in the White City to World’s Fair • This week in Secrets of the Book Critics: Tor.com’s Leah Schnelbach on Oreo, The Moviegoer, and the contemporary relevance of genre • Lorrie Moore on Rachel Cusk, Garrard Conley on Confessions of the Fox, and more Book Reviews You Need to Read This Week • Havana hauntings, Christian cults, and American addictions all feature among our Best Reviewed Books of the Week

New on CrimeReads: “This was a neighborhood crime, a tribal crime, a family crime.” Ninety years later, Nina Barrett looks for the truth about Leopold and Loeb • Literary spies, Hollywood shenanigans, menacing megachurches, and doomed college reunions: 9 crime novels not to miss this August • Wendi Corsi-Staub on our enduring fascination with the Manson family, and what to read after Helter Skelter • Wendy Walker recommends 12 crime books that capture the quiet menace of suburban enclaves • Christopher Huang examines how the disruptions of World War I gave rise to the careful rules of golden-era, traditional mysteries • J. Kingston Pierce on the strange history and lurid, distinctive, beautiful pulp art of Dell mapbacks • August’s hottest new action thrillers, recommended by Ryan Steck, aka The Real Book Spy • Sebastian Rotella and Alex Segura discuss immigration, exile, and writing crime fiction across cultures and languages • Adam Lebor on making sense of Budapest through crime fiction, after decades of reporting on Eastern Europe • Yassin Adnan on storytelling traditions, scandal, and bringing crime fiction to Marrakech, Morocco’s “Joyful City” • Congratulations to Mia P. Manansala, this year’s winner of the Eleanor Taylor Bland Award for emerging writers of color, awarded by Sisters in Crime • Jim Ruland on coming to love crime fiction through Black Lizard reissues and the works of Jim Thompson

Famous Authors Who Died on the Exact Same Day 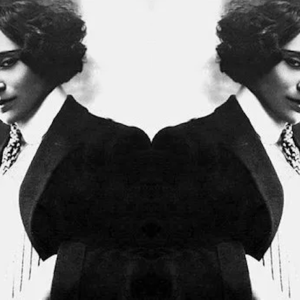 So, what if we tried plutonium? On the problems of powering an artificial heart. | Lit Hub There’s no fan art quite...
© LitHub
Back to top