TODAY: In 2005, John Banville receives the Booker Prize for The Sea.

Also on Lit Hub: Jim Mustich on writing a book of a thousand books • Kristen Arnett on librarians and boundaries • Read from Love is Blind 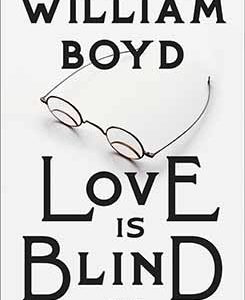 I. Brodie Moncur stood in the main window of Channon & Co. and looked out at the hurrying pedestrians, the cabs, carriages...
© LitHub
Back to top