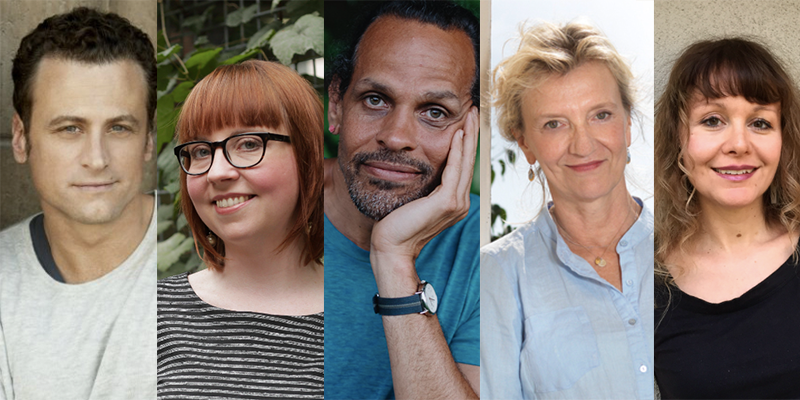 Erin Keane (Runaway: Notes on the Myths that Made Me)

David Moscow (From Scratch: Adventures in Harvesting, Hunting, Fishing, and Foraging on a Fragile Planet, co-written with Jon Moscow)

Elizabeth Strout (Lucy By the Sea)

Christine Sneed: The desire to be loved madly and inappropriately by people you might or might not love in return. Persecution complexes, office culture, ennui from the pressures of getting and spending and being exhorted to smile while wishing the people who make the rules, such as they are, would fall down a manhole—permanently. The desire to be seen and declared brilliant and irreplaceable. Compulsive thought-broadcasting. Disappointment and wellness surveys.

David Moscow: Wrapping potatoes in clay and throwing them in the fire to get out the poison. Using 15th-century tools to harvest Italian wheat. A glimpse into the Mediterranean future of fish-less oceans. A glimpse into the Finnish past for a new way to think of land ownership. Pulling on the threads of food production, revealing danger and hope. More danger than hope.

Erin Keane: The ‘70s and the ‘90s; reckoning with the stories, both true and false, I was raised on and the ways they warped my worldview; the disturbing differences in how our culture treats messy men and unruly girls.

Elizabeth Strout: This book is about an ex-wife with her ex-husband who go off to Maine to avoid the pandemic and get stuck with each other—and all the things that happen to them as a result.

Elizabeth Strout: The various influences on this book were all the books I have ever read in my entire life. And also, life. Life influenced it.

David Moscow: My mother’s recipe card box, fishing with grandpa Harry, apple orchard apple fights, standing next to the BBQ at every party, my dad’s F.B.I. file, the boogie-down. Disgust with 45th president.

Ross Gay: That half-pipe in the woods, the basketball courts at Seger Park, teachers, all these beloved, all this beloving, all this care.

Christine Sneed: Business writing classes I taught at DePaul University and Loyola University. Corporate and academic offices where I was an employee, beginning in high school in the late 1980s. An international business minor in college—it included courses in microeconomics, which I trembled over. I liked the macroeconomics course much more. Saturn cars and a Management Organizational Behavior course (I still think, what was that class?) Failed businessmen who subsequently were reincarnated as very dangerous, very bad politicians.

David Moscow: Buying gas masks and hazmat suits in bulk, going up and down stairs for my pregnant wife, feasts and fasts, being the worst post supervisor I’ve ever hired, QC, my toddler sous chef, planes trains and automobiles.

Ross Gay: The brutality of lying-ass institutions becoming (even) more evident; gardening; basketball; asking a tree in Vermont for help; dreams maybe especially luminous; lots of questions, lots of what is going on.

Christine Sneed: A move cross-country—Evanston, IL, to Pasadena, CA. Stand-up and improv classes. All six seasons of Narcos (unbelievable! show!). Two maternal uncles and my grandmother dying—not of Covid-19, of dire problems of the heart. Which, it seems, claim most of us.

Erin Keane: I don’t know about despise, but an agent rejected my proposal for this book (a memoir in essays) because the market for fiction is so tough these days. Ouch.

Christine Sneed: “Closure”—I have been frustrated over some people’s belief that stories should provide endings with answers, definitions, hard facts, or cinematic finales. Character-driven fiction, as I have always experienced it and subsequently gone on to write it, does not usually offer closure—it instead offers a reflection of life as most of us experience it, which is inherently provisional and open to interpretation. Maybe, if we’re lucky, we think of a great retort or rejoinder later, after the break-up or the firing or the deathbed—the French “l’esprit de l’escalier,” but even that is rare. If we want closure, I think we’re best served expecting it from a bag of cookies or an apple—you eat them, and they’re gone. People important to us, and our experiences with them, however, are not so easily discarded or summarized. Long after they’re physically gone, they linger as specters, demons, apparitions—whatever they ultimately become to us—and we have to find a way to coexist.

Ross Gay: Can’t think of any, but a reviewer did once say that after he read an image in one of my poems he wished he had that little tool from the movie Men In Black that makes your memory go away, which I thought was great. Also a reviewer from Minnesota seemed to kind of hate The Book of Delights because she found a lot it undelightful. She felt misled I think. I love that.

Elizabeth Strout: I don’t read reviews of my books.

Ross Gay: Kettlebell trainer; basketball assistant coach; garlic or dry beans or hot pepper farmer; some kind of natural home designer/builder (strawbale, cob, etc.). I could also see having a skateshop or a bookshop. Or being like a letterpress printer or something. I sometimes think having a little takeout restaurant from a window in the house would be fun, maybe three days a week and just a few choices. Seasonal stuff that grows out back, not all of it, but some—probably dandelions in everything. Sweet potatoes in a lot.

David Moscow: After my HOF NFL career is cut short by a freak injury I become an environmental engineer and design/build geothermal HVAC systems.

Erin Keane: Archivist in some obscure little museum with an inexplicably large endowment.

Elizabeth Strout: I think my strength is in writing just enough but not too much, and therefore allowing the reader to enter the book on their terms. I would like to be better at managing a story line.

Christine Sneed: I want to be linguistically smoother and more expansive. I admire the way Alice Munro’s and Rachel Cusk’s sentences and thoughts unfurl, dazzling you completely, before they slice you open. As for what I’m good at—maybe it’s the details? I love the so-called picayune, the trivial—they are for me what make a person or a situation real.

Erin Keane: I’m too superstitious to even consider answering this question. If I did, whatever it is I might think I’m decent at would definitely be highlighted as an embarrassing deficiency in a review, and anything I announce I’m trying to improve would remain, forever, just out of my reach.

David Moscow: I’m strong on vivid description. People tell me my writing is lively and accessible even on complicated subjects. I went to progressive schools so spellcheck is helpful.

Erin Keane: I try to remember what Jeanie Thompson told me all those years ago in our MFA workshop: Write for your best reader. She probably meant that in a collective sense, but I took it literally. I write for one imaginary reader, whom I’ve never met, but who absolutely gets where I’m coming from and loves the way I take us there.

Elizabeth Strout: I write always for an ideal reader; that reader is genderless, and patient, but not too patient, and I keep thinking it is my job to deliver something to this reader that they can enjoy.

David Moscow: What’s “hubris?” :) Luckily I write about what other people, experts, have to say. So if readers think it’s pretentious or bullshit, I can blame them.

Christine Sneed: I don’t think I contend with it very skillfully. I admit I’ve taken the license to claim a reader’s attention and from there, my feeling is, Either they’ll like this or they won’t. Maybe I’m fatalistic. For me, it’s largely about wanting to be a part of the conversation. I think most of us want this, in one way or another. I’m not very good at social media and I would much rather write books, even if they’re only read by a handful of people, than compose witty tweets fifty times a day (although I do stupidly try to compose a few from time to time).

Ross Gay: Wait, I thought giving a shit about what each other has to say was just called being a decent person, did I misunderstand that? 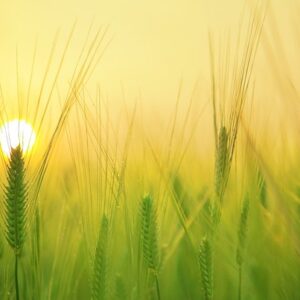 This afternoon, after I finish typing this essay, I will pull on my barn boots and canvas coat, and I will push the wheelbarrow...
© LitHub
Back to top