Steph Cha (Your House Will Pay)

Jeannie Vanasco: Friendship. Antiquated patriarchal logic. How we consume and interpret stories of sexual assault. Accountability. The possibility of forgiveness. The writing process.

Thomas Chatterton Williams: The fiction of race. An American in Paris. Filial duty and the revelations and responsibilities of fatherhood. Leaving home and its comforting and constraining illusions.

Steph Cha: Two families with a shared history of violence. Shame and anger and sadness, and the way these feelings pass among loved ones, among communities, and across generations. The personal is political, and sometimes the political finds you at home. Crime, justice, racial tension, civil unrest. Sin and damage, the possibility and improbability of redemption.

Thomas Chatterton Williams: Moving abroad and the discovery that racial identities do not always translate neatly. My wife Valentine, and above all, the birth of my six-year-old daughter, Marlow, and then her baby brother, Saul.

Mark Haber: Dense, unbroken narratives that move at a sprint. Digression, digression, digression. The thunderous music of Wagner. A lost time in Latin America and Europe but replete with the books and writers from those parts of the world. The humor one finds in despair, the realization that laughing with joy and crying in pain aren’t opposites, but neighbors.

Steph Cha: Over four years of my life––a book release, turning 30, a new home, a second dog, a death in the family, weddings, friends having babies, time passing, the world melting, while I did nothing much but read and write and obsess, largely about this book.

Jeannie Vanasco: Teaching. Screaming underwater. Filing pet insurance claims. Adjusting to my mom moving in with my partner and me.

Mark Haber: Satire (admittedly, there is satire in my work, but combined with many other things).

Alexandra Jacobs: Snarky, fizzy, and for this about the dangers of immersion blenders, “the dumbest story I’ve ever read in The Times.” (N.B. After the piece was published many blenders on the market were redesigned, and consequently fingers saved.)

Jeannie Vanasco: Pretentious. Navel-gazing. Self-absorbed. Oh and I hate when readers accuse me of writing books for profit. If I was trying to make money, would I really write formally inventive memoirs layered with meta-narratives?

Steph Cha: I hate when people describe me or my Los Angeles books as “foreign”—it happens more often than you’d think. A GoodReads reviewer (I know, I know) commented that my first book was full of “intentionally or unintentionally broken English.”

Jeannie Vanasco: Oh, definitely a private eye. The research, the interviews, the sneaking around—that all appeals to me.

Steph Cha: Judge, private investigator, TV food critic (or other job for which you eat delicious foods but needn’t write), owner of a basset hound-themed business (a basset hound café or an Etsy shop selling basset hound gargoyles, for example).

Mark Haber: A painter or musician. I envy the physical materials of both. I love touching musical instruments, guitars, drums or amps and other musical equipment. The same goes for paints and brushes and canvas. I have no talent for either but a deep, almost visceral appreciation.

Alexandra Jacobs: Unlike so many who quake at the blank page I feel confident beginning—less so wrapping things up. That’s why biography is nice because you know how it’s going to end.

Jeannie Vanasco: I can write in a conversational tone. I wish I could write long paragraphs.

Mark Haber: I think I’m great at finding the absurd in human situations and turning things on their head or looking at them askew. Plots come easy for me and (because we all want what we don’t have) my dream is to write a book where nothing happens, like Bernhard or Sebald. I find writing about nature, the outside world, terribly difficult. I read fiction about nature (W.G. Sebald, Esther Kinsky) and the descriptions make me swoon. I have no gift in that department or when I get it right it’s by accident.

Thomas Chatterton Williams: Narrative argument, or memoir with a point to make. Dialogue, scene-setting, and texture. These, I think, are some strengths. But I know I have plenty of room to improve in terms of imagining the world through the eyes of a character with vastly different presuppositions from my own.

Steph Cha: My characters are strong, and I’m good at writing voice-driven prose and natural dialogue. I thought I knew how to handle plot and structure after writing three books, but I had to learn them all over again when I wasn’t writing a first-person mystery novel, with a single narrator and a series of defined goalposts. I figured things out for this book, but it took a long time, and I have no idea how I’m supposed to do it again.

Steph Cha: I think you do have to be a little bit delusional to write a whole-ass novel nobody asked for, and I am grateful for that valuable store of hubris—I’ve needed it to get through the hard parts.

Jeannie Vanasco: I write primarily to think through my obsessions. I avoid social media, so unless somebody tells me that they read/are reading/will read my work, I assume no one is reading it.

Thomas Chatterton Williams: By supporting my family with my writing.

Alexandra Jacobs: One of Stritch’s catchphrases was “Why not?” I almost titled the book that. Such a great approach to writing, performance—life! It just cuts doubt off at the knees.

Mark Haber: I once heard someone say, “we all sit to shit” so, why not me? I don’t think it’s hubris. All of us have stories to tell. 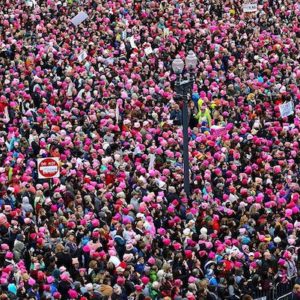 Half a century ago, in the early, explosive days of women’s liberation, I wrote my darkly comic novel Memoirs of an Ex-Prom...
© LitHub
Back to top