Scott Spencer (An Ocean Without a Shore)

Marie-Helene Bertino: An uncanny, ambivalent bride and the portals that trauma creates.

Katherine Hill: The trajectory of a life. Football. Labor. The women behind the scenes.

Megha Majumdar: How we survive in the face of corrupt police and justice systems, how we use and are used by news media and social media, how we dream while the rise of the right-wing threatens to destroy us, how we continue to chase meaningful life, how we respond to a taste of political power, what morals are ours and what morals we will surrender, how we love our parents and how they love us, how we aspire, how we watch cooking videos and attend amateur acting classes, how we seek a reliable water supply.

Robin Wasserman: Fugue states. Bach fugues. General Hospital. Abandoned mental asylums. The hysterics of the Salpêtrière. Dropping out of grad school.  Growing up in the Philly suburbs. Trying photography as a hobby. Failing miserably. Loneliness. Rage. Paris. Ongoing existential confusion about what it means to be an adult woman without any of the supposed trappings (partner, kid, house, etc.) of adulthood.

“I write for myself, mostly, to get at truths I haven’t quite seen acknowledged elsewhere.”

Robin Wasserman: Leaving New York. Moving to LA. Obsessively listening to Jenny Lewis. Shaking the snow globe of my life, then taking a sledgehammer to it.

Megha Majumdar: Making a life in New York as an immigrant.

Marie-Helene Bertino: Didn’t love “sassy” but have been called a hell of a lot worse.

Katherine Hill: Likable. Not likable. I know this distinction matters to so many readers, but it’s just not how I approach fictional characters. My own favorite characters misbehave, refuse to learn, mouth off, mess up, give in, and do any number of other things I might personally dislike if someone did them to me. But a) That is what people are like, including ourselves and the people we love. And b) Fictional characters are not real people. They’re ideas of people, and they invite us to think about what a person is.

Scott Spencer: I don’t dislike any words—maybe moisture bothers me a bit. As to readers’ remarks—I shouldn’t (and won’t) repeat any words of praise. Disparaging, discouraging bullshit is soon forgotten.

Megha Majumdar: I am fine with however people want to describe the book. The words readers use are a surprise; they’re a piece of information; they’re a reminder to let the book have its own life.

Robin Wasserman: Despise is a strong word, but I’m not in love with reviews that summarize the book, then—often noting either excess of plot or excess of women—say some version of, “But don’t let that stop you, it’s better than it sounds!”

Megha Majumdar: I already have a career as an editor, but to pick something wildly different: I’d probably be a surgeon. I like how useful it is, how you have the power to concretely improve someone’s life, and how the stakes couldn’t be higher every day you go to work.

Katherine Hill: The boring answer is actor, but that’s just a proxy for writing. The other answer is train conductor, because I like small talk and giving directions. And trains, obviously.

Scott Spencer: Private detective, jazz musician—or both! I think being a P.I. and the sound of jazz are linked for me because I was in love with the TV show Peter Gunn when I was a child, and it had a nice noirish vibe and fake jazz galore.

Scott Spencer: I’m better at adjectives than nouns. Luckily, I have the Facts on File Visual Dictionary to help me out of tight spots, when I can’t think what you call the part of a coffee cup you grip, or the curvy U-shaped part of a hook.

Megha Majumdar: I like a story with velocity, and I worked hard on pacing. I’d like to be a faster writer.

Robin Wasserman: Surely you can’t expect that with the book launch looming, I believe anything is my strong suit? In a more confident mood, I’d probably say I’m pretty good at plot and character arcs, and whatever craft element covers visceral riffs on obsession. If I could remember, at some point before the 100th draft, that I’m supposed to describe what a character looks like, that would be good. If I could figure out how to actually write that description? Even better.

Marie-Helene Bertino: Every so often I nail a phrase and Mick-Jagger-walk around my room cheering, “That’s right. Yes. You know it.” There’s no craft element at which I wouldn’t like to improve.

“The first draft of anything has to feel like I’m singing in the shower.”

Katherine Hill: I write strong sentences. And I’m good at the experience of life with other people—character, dialogue, mental and emotional processes. The flip side of all that is plot. I’d love to be able to write a delicious, unpredictable plot that doubles as an argument about some important but underexamined aspect of contemporary life.

Katherine Hill: Oh, God, don’t remind me. Most of the time I have to pretend that no one will ever read anything I write, so I don’t get thrown by the threat of other people’s opinions. I write for myself, mostly, to get at truths I haven’t quite seen acknowledged elsewhere, or at least not in the form I’m giving them. But of course I do all that with the dim hope that I’m not a total aberration—that the questions and subjects that interest me might interest a few other people, too.

Marie-Helene Bertino: Claudia Ballard, my smart agent, told me, “Your work is not everyone’s cup of tea, nor should it be.” I don’t assume anyone will have interest: I’m speaking to the people whose cup of tea I hopefully am.

Robin Wasserman: The need for hubris is conveniently obviated when you assume no one will actually read your work, so I try to sustain that belief for as long as possible. The first draft of anything has to feel like I’m singing in the shower.

Megha Majumdar: When I started writing the book, I began from the assumption that I’d need to earn a reader’s interest. So it is the work of the book to invite them in, to reward their time, to entertain them and give them something new to think about. That’s the kind of book I tried to write.

Scott Spencer: You know how it is—if you’ve made it a policy and a habit to hold the door open for the person behind you, you reasonably expect the same courtesy extended in your direction, especially if you are carrying heavy packages. Similarly, when you show (and feel) engagement in what others say and write, it’s reasonable to expect (and accept) some reciprocity. Put another way: you don’t feel like a ball hog unless you act as if it’s always your turn to shoot.

Writing Across Time and Queer Generations

The Function of Shame
in Literature 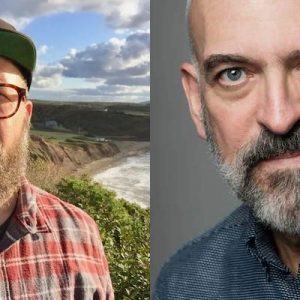 Writing Across Time and Queer Generations

In a moment of ever-shifting histories, from pandemic to protest, authors Paul Lisicky (Later) and Cooper Lee Bombardier...
© LitHub
Back to top