Paul Lisicky (Later: My Life at the Edge of the World)

Julian Tepper (Between the Records)

Paul Lisicky: Community. Illness. The management of feeling—the costs of. Joy and jokes as a way to pull through a crisis. Desire. Anxiety. Anxiety about contagion, sex, attachment. Futurity. The fear of futurity.  Learning not to be afraid of rage. Coming of age when one is already a grown up. Saying goodbye to one’s parents.

Jessi Jezewska Stevens: Denial and art, or the art of denial.

Julian Tepper: Following in the footsteps of the father, brothers and the competition for parental-love, self-hatred, self-sabotage, the inheritance of identity. And rock ‘n’ roll.

Jessi Jezewska Stevens: Kind people influenced my book. I hope they see their kindness reflected in it. Also the Met, the controlled rage of “domestic” fiction, and a select set of literary ranters in translation.

Julian Tepper: Turned forty, partner of fourteen years left me for a woman. About sums it up.

Katy Simpson Smith: Falling into and out of faith with men.

Paul Lisicky: My father’s death. The end of a sabbatical. A move to Brooklyn. A guest teaching semester in Austin. A wisdom tooth extraction. Lots of travel.

Jessi Jezewska Stevens: A great deal of self-doubt. The 2016 election. Increasingly absurd exercise of demanding evidence-based argument from college students when election cycle rewarded anything but. A tile-top credenza and a string of Christmas lights in a jar, set opposite the oven.

Jessi Jezewska Stevens: I’m new to all this so I don’t have a lot to draw on, but: Lerner-ish. I like and admire Lerner’s work, but I bristle when the comparison is used merely to signify “literary prose style.” I have also received the feedback that certain readers would like to bash my head in with a rock. This I also resent, though I respect the specificity. (It’s very Parasite.)

Katy Simpson Smith: Several have called it “bleak” and one called it “silly,” and it seems to me there’s a wide gulf between those perspectives; perhaps that’s the very gulf I’m swimming in.

Jessi Jezewska Stevens: This would take a total personality overhaul, but I maybe I’d like to be a sailor.

Katy Simpson Smith: Carpentry or baking. I would also like to have a giant farm for all types of broken animals, and I think this would be compatible with making bookshelves and croissants. Oh, and restoring old homes! And bagging groceries! Translating non-English novels. Running a native plant nursery. Is my writing getting in the way of my dreams?

Kevin Nguyen: When I was a kid, I really wanted to be a fighter pilot. (It got to the point where I had very strong, uninformed opinions about F-15s vs. F-18s.) My mom squashed those dreams early by explaining that my eyesight was far too bad to ever pilot an aircraft. She wasn’t wrong, but I also think she didn’t want any more of our family to be in the military. So that, if my eyes were better.

Julian Tepper: Pacing, beginnings and endings, being very concise—believe I’ve got these things down. For now anyway. Come tomorrow, it could all go away. Getting better at trusting my reader (i.e., saying less/allowing space for the reader to exist), I always want to improve there.

Jessi Jezewska Stevens: I think I do okay with voice and ekphrasis. I’d like to be better at everything else. I’d especially like to be cleverer about using the novel (scaled to individual consciousness) to address phenomena that exceed human scales of comprehension (climate change).

Paul Lisicky: I’m pretty good at taking elements from the essay, the poem, and narrative fiction, and spinning them into a form that sounds like me. On the other hand, my work would probably reach more readers if I could find a way to care about writing a structure that’s less associative and more linear.

Katy Simpson Smith: I think I’m good at sound and rhythm on a sentence level. I want to work harder to consider the experience of the reader: unspooling character and detail at the right pace, providing enough hooks and arcs. I can get too wrapped up in my own fun.

Kevin Nguyen: I used to be pretty good at Starcraft, and I would like to be better at Minecraft.

Paul Lisicky: I’m trying to write toward the empty space on the shelf, what I haven’t seen written yet, what I’d like to read. In order to feel hubris, I think you’d have to believe that there was already a huge band of readers waiting for you, and is that true for any of us in this culture? It’s a lot like tossing flares out the window and hoping somebody will catch one.

Katy Simpson Smith: Writing feels like being in conversation with someone; let me share my secrets, and then let me hear your burdens. So I write (speak), and then I read (listen). And for every book I write, I try to read two hundred more.

Jessi Jezewska Stevens: I’m glad for this question, because I suspect it never becomes comfortable. I try to tell myself that whatever I’m working on better be really, really good, and that I should aim to bring in as much of the world as I responsibly can. Then, when I fail, try to tell myself that the next thing ought to be really, really good… Americans love second chances.

Kevin Nguyen: Well, white people have been operating with this hubris for centuries, so I think I can too, at least for the length of a book. 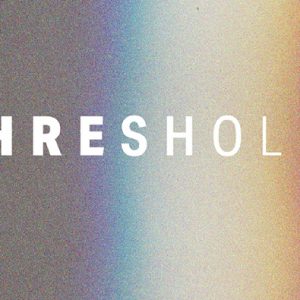 This is Thresholds, a series of conversations with writers about experiences that completely turned them upside down, disoriented...