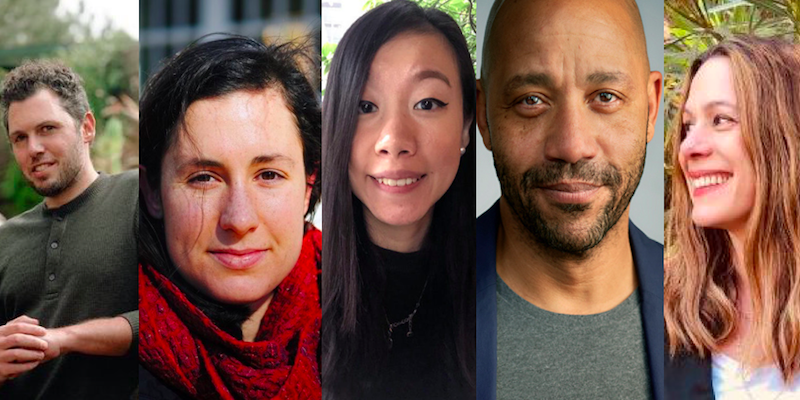 Gal Beckerman (The Quiet Before: On the Unexpected Origins of Radical Idea)

Sara Gran (The Book of the Most Precious Substance)

Gal Beckerman: What happens when you sit around a table with likeminded people or huddle in a corner and whisper your thoughts at each other or pass a piece of paper around on which angry expressions and hopeful declarations accumulate.

Sara Gran: Loss, hope, the eternally good advice to be careful what you wish for, the (impossible) need to somehow always come back to life with fresh eyes and an open heart, no matter how that same life has destroyed us.

David Wright Faladé: The novel is about mixededness, which is to say, it’s about Americanness. And all the rest, too, of course: it’s about slavery and the Civil War; about runaways and freedmen fighting to free those still enslaved; and about the misapprehensions of white folks, Northern as well as Southern, concerning the black folks in their midst, and the irrational fear and consequent behavior (misbehavior!) that this has led to.

Anna Pitoniak: A longstanding fascination with Russia. A desire to time travel. The memory of Paris on a cold winter night. The glimpses you get of a stranger’s apartment from the sidewalk. Train rides. Snow. The feeling of being in love.

David Wright Faladé: My own conflicted paternity was, it turned out, much to my surprise, the motor driving me to write this novel. I didn’t know my real father growing up, and when I finally met him, at 20, it didn’t go well. A fairly complete rejection. I’m as prideful as the next guy and thought myself okay with it. I thought I’d moved on. Still, somewhere deep inside, I must have felt a need for his approval because, without my even realizing it, my protagonist’s relationship with his father ended up being the motivation shaping his character—this, even though my own father and I had long since developed a strong connection.

Sara Gran: A lifetime of obsession with books. A lifetime of fascination with the occult and the true nature of reality. Unbearable losses. Wanting to read something escapist and compelling and smart and not being able to find it.

Gal Beckerman: 19th century Russian novels, especially those about revolutionary change; Soviet samizdat and Riot Grrrl zines; manifestos and messages scrawled on bathroom walls; and the mid-century media theorists who told us that the medium is the message.

David Wright Faladé: Deeply serious (though regrettably self-serious) questions about whether or not I was a failed writer and should hang it up; a bad break-up; ongoing grief over my mother’s passing.

Sara Gran: Caring for various human bodies. Refuge in books—buying them, writing them, reading them. Hope, against all odds. Desire.

Gal Beckerman: Stealing time on late nights or early mornings, noise-cancellation headphones and minimalist piano music to block out the more pressing matters of a life with children and work; then suddenty, like a neutron bomb, Covid, dislocation, working out of an RV and in a solitary backhouse garage, and a strange respite, time more expansive but also stranger.

Anna Pitoniak: Self-examination (long overdue) and a lot of naps.

Gal Beckerman: Despise is maybe too strong, but if I’m to be described as cerebral, please balance that out with something a little more fun.

Sara Gran: I dislike “hip” or “hipster,” because I think it trivializes, but I don’t dislike it enough to despise it. I get “confusing” a lot, but that’s okay, maybe confusion should be our natural state.

Anna Pitoniak: I don’t really despise words. Every word has a time and place! That said, I distrust the word “limn.” I don’t know what it means. I’m not sure that anyone who uses it actually knows what it means. But it’s never been used to describe my writing, so, [insert shrug emoji].

Karen Cheung: “Niche” and “inside-baseball.” To be clear, there’s nothing wrong with writing being “niche”—but do you mean “niche,” or just “this does not sufficiently center a reader like me”?

David Wright Faladé: What a wonderful thing it would be to have been often and broadly enough reviewed to have a pattern of criticism that I could despise! I was a very mediocre journalist in my first years writing—in Paris, for a French magazine that covered American sports—and one very young reader who’d taken issue with an article I’d written about the Dallas Cowboys called me a “clown” in a letter to the editor. We all had a good laugh about it in the newsroom. Even though the kid was still only being introduced to American football and it was clear he didn’t really understand the game, his comment seemed oddly fitting.

Anna Pitoniak: President of the United States. I’d be terrible at it but I think I’d enjoy telling everyone what to do.

Karen Cheung: A bassist in a post-punk band, or a contemporary dancer.

Gal Beckerman: Can I say stage actor? That would be fun. But if that’s too far-fetched, I’d be a paleoanthropologist.

David Wright Faladé: An actor. I tried to perform, in high school and also after college. I’m really, really, really not good at it.

Sara Gran: I’m good at plotting and structure, but I’m pushing myself to find new forms in order to break through the emotional and neurological and habit-based defenses that stand between book and reader, i.e. between my soul and and others.

Gal Beckerman: I have a pretty good sense of how to build a story, the way it needs to be paced, what makes for a compelling character and plot. I would like to be better at knowing what to leave out, at trusting my readers a little more, and being comfortable with the kind of vulnerability necessary to achieve true style in writing.

David Wright Faladé: I have an ear for dialogue and am obsessed with structure—though, whether or not I am in fact good at plot and pacing is subject to debate. Still, because I care a lot about plot and pacing, I work at it with deliberateness and diligence. I once read an interview with Toni Morrison in which she talked about how much she loved description. She mentioned wanting to be able to spend sentences and sentences just describing a tree. That’s not me. I get bored reading description, even beautifully lyrical description, and have to work doubly hard to attempt to make the language of my work sing.

Anna Pitoniak: I think I’m pretty good at pacing and plotting. I like a story that moves. But the other side of that coin is impatience. I’m not always good at letting a scene breathe, at letting it unfold organically, at letting my characters be gentle and playful.

Karen Cheung: I think, or at least I hope, that there is a strong sense of place in my writing. That postcard ideal of Hong Kong as junk boats on a harbor is still what some readers expect from our literature; the only way to add to it, counter it even, is to take a very realist approach, be as detailed as possible in the observations, and pray those descriptions would stick. And I still live here—I’m not just working off memory—so I often revisit neighborhoods to take notes about the atmosphere on the streets, the small movements of the residents, fill my iPhone reel with photographs I can later translate onto the page.

I’m still learning how to write context and incorporate research in a way that’s not dry and boring. I had to unlearn habits I picked up when I was a reporter—the emphasis in my newsroom was always speed, accuracy, and clean prose. We sometimes copied and pasted context paragraphs across different pieces on one topic. When I was writing this book, I had to constantly check myself to make sure I wasn’t reciting these same sentences—I don’t want local readers to skip over descriptions they had already seen a hundred times.

David Wright Faladé: I was gifted (cursed?!?) with a complicated backstory, full of compelling, complex people: a Holocaust-survivor yet somehow idealistic mother; a father who was the grandson of the last slave-trading king of Dahomey; another father who was a Vietnam vet; an aunt who was a protégé of Jacques Lacan; on and on. In their lives, there was unrequited love and bastardy and racial conflict and betrayal. I feel very little hubris for thinking that their stories deserve telling. I do stress that I don’t have the chops to do the stories justice.

Gal Beckerman: I try only to write about subjects that feel like they have possible consequence for how we see the world. I know this sounds lofty and actually very hubristic! But it’s perhaps why I would struggle with being a fiction writer (even though I understand full well the power of fiction). I need to feel when I write that I am trying to use storytelling for the direct purpose of revelation, of providing a different angle on things. If I don’t sense that urgency, I don’t trust my readers will feel it either.

Karen Cheung: I’ve been a TMI person my entire life. I grew up around adults who lied to me and to themselves so I learned to document obsessively, to tell my friends what was happening around me as these things were occurring, that way I’d have witnesses to confirm that I hadn’t misremembered. I wrote two thousand words a day even when my blog only had one reader. If you’re not interested, I really don’t care. I’d say it anyway.

Sara Gran: No hubris involved. Curiosity is our savior through the dark and confusing woods of life: I believe we should all be curious about what each other has to say. And I’ve had an interesting life, it’d be selfish not to share. 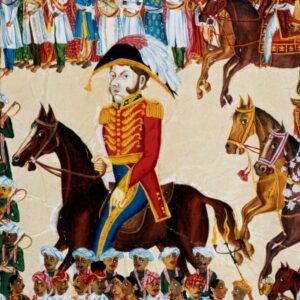