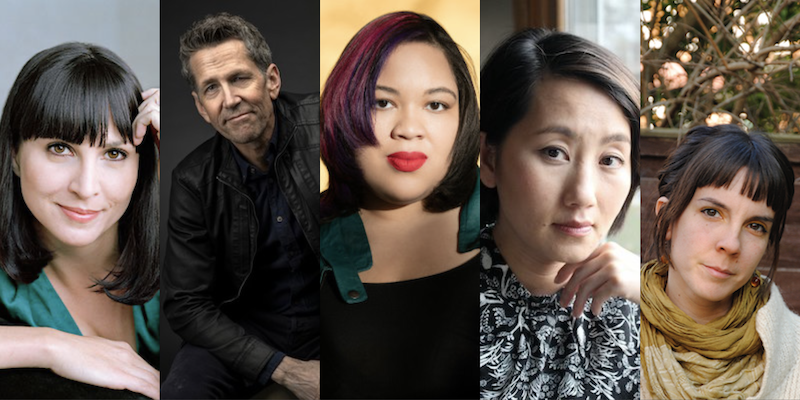 Christa Parravani (Loved and Wanted: A Memoir of Choice, Children, and Womanhood)

Jess Walter: It’s about how one keeps fighting injustice when the bad guys seem to always win. And hobos. It’s about hobos.

Kao Kalia Yang: The triumphs of the human being against impossible odds.

Éireann Lorsung: An attempt to narrate what responsibility and solidarity can be and have been for me; also time, migration, uprightness, education, rhizomes, repetition.

Danielle Evans: Apologies, corrections of the record, forgiveness, anxiety, grief, the way that intense feelings compress time, the inverse and symbiotic relationship between hope and joy, attempting to outrun your past, the tendency of empathy to cater to privilege, history as fetish, history as the version of the story we choose to tell, history as reckoning, history as our only hope.

Éireann Lorsung: Living as an immigrant in France and Belgium was a huge influence on me as I wrote these poems. Being outside a culture trying to perceive what was taken for granted, dealing with the assumptions people made when I was not perfect in Dutch or French. It was learning to read in an entirely new way. This made me deeply question my own learned and inculcated understandings of my home culture.

Danielle Evans: Grief, DC, the upper Midwest, my mother calling to sing Ain’t no sunshine when she’s gone on my voicemail, the dramatic violence of racism, the intimate violence of racism, grief, terrible apologies, candles that smell like smoke and honey, traveling around the country to read from my first book in rooms where I was the only Black person, finding a way to invest in the tentative future once I realized I probably wasn’t ever going to be anyone’s parent, grief, the messy feminism of 90s sidechick anthems, every bartender who ever invented a drink for me and poured it on the house, lies people tell about your thirties, a particular millennial sense of despair, grief.

Christa Parravani: Loved and Wanted was influenced by fear, the fear that if I didn’t write it, my children could grow up in a country with dangerous and sexist healthcare. It was influenced by my mother and by her grit and determination and harsh ways. It was influenced by homesickness, and my wrangling with why I love people and places that hurt me. The book was written because of my children, who I imagined as teenagers and young adults in need of a mother unafraid of standing for something when it counts.

Jess Walter: The guy who lives under a tarp on the riverbank across from my house. The Coen Brothers. The alley behind my house. My fourth grade teacher. Waterfalls. Trains. Woody Guthrie’s guitar.

Christa Parravani: Accidentally pregnant at 40. A paltry salary; an assistant professor of creative writing; faculty at West Virginia University can’t afford daycare for three kids. Married and alone. Red states curtail access to reproductive healthcare; red states have higher rates of mothers and babies dying. Nobody in my small town talked about it.

Danielle Evans: My mother sick for years, my mother dying, moving halfway across the country for a new job, moving back across the country for a new job, terror about the open embrace of white supremacy and fascism by the highest offices in the land, likely the last time I’ll ever be openhearted enough to be as wrong about a man as I was, the ongoing vindication of my anxiety and tendency to catastrophize, the failure of my anxiety to anticipate how often people would show up for me and who they would be, the impossible fact of this list continuing after the first two items.

Éireann Lorsung: A desk, Midlands, fog; the Trent. Trains. No one knows you or cares if you. And then the Channel (with small boats now). Over there: is Belgium. The over there always as if it might be other than the here of this migration. Get your. Get your. Your card. Give me. Where are your. Give me your. Papers. Where is. Your passport. Stand. Here. Look at. The camera. Over there: the ocean. The small boats barely. Above water. Not far.

Jess Walter: The usual. Some trouble sleeping. Kids grew up and moved away. There was a plague, some fascism.

Éireann Lorsung: I think I have either not been written enough about or have not noticed things that bother me, because I feel very grateful for all the careful and caring ways my work has been seen, praised, and critiqued in public since my first book came out. Once, a man in a café told me my poems were “girlish.” I had my hair in two long braids and was in my early thirties. The man meant that my poems dealt with kitchens, slips of paper, frivolity, philosophy lived more than written, and he didn’t mean it as praise. But even that—”girlish”—I want to inhabit with dignity and love. I will write a girlish poem.

Christa Parravani: Brave. The word most adjacent to brave in my mind is shame. Calling a writer “brave” is to suggest that she has ignored the rule that she ought not speak of a thing. I say what I want.

Jess Walter: I really am honored by any review or reader reaction. It’s crazy to think everyone will like everything you do. But, generally, I don’t like the phrase “I didn’t like the characters.” (Little secret: they don’t like you either.)

Danielle Evans: Once someone called my work formulaic, but then what they went on to describe as a formula is what I would have called the baseline criteria for something being a short story. Once I saw part of a review of Best American Short Stories that read “Danielle Evans’s humdrum ‘Virgins’…” and I wanted to read the rest of it, but I didn’t have JSTOR access or subscribe to the magazine and I wasn’t going to pay to be insulted. I waited a year until I had an academic job where I could finally access the review, only to find out that was the whole reference to my story. Humdrum. There was no explanation. Anyway, I now do subscribe to that magazine, and I published a story in it that also got in Best American Short Stories, and truly I hope that reviewer’s doing well and his life continues to be so exciting that sex with brothers counts as humdrum.

Jess Walter: Irrespective of talent? I dreamed of playing professional basketball, but as I’m old now, I would be an assistant coach at a small liberal arts college, where I would go hear the visiting authors read from their books and daydream being one of them.

Christa Parravani: Short sentences, propulsive plotting, and holding the reader in close confidence. I wrestle with dialogue. Also, I never learned to type. I peck the keyboard one-handed.

Jess Walter: I think I am adept at seeing the shape of narrative, and at adapting my voice to many different kinds of stories. I want to be better at everything else. I want to write lines that make people weep.

Kao Kalia Yang: I have a strong, authentic voice on the page and hold over story. I could improve with embedding more literary references and popular culture recalls.

Danielle Evans: I think I have a pretty good ear for voice and dialogue, and a good instinct for layered or surprising characters, for writing a person’s interior life as a source of contrast and narrative tension. I am jealous of writers who know the intimate long-term history of a specific place—I work for it to fake it, but I’ve never been in one place long enough to draw on that kind of detailed spatial knowledge and memory. I’m best at physical description when using it as a measurement of what’s changed since someone last saw a place.

Éireann Lorsung: I am a very formal thinker. I come at nearly every piece of writing formally first, finding an approach that will help me think structurally (visual form, conceptual form, and also the social and interpersonal structures implicated in the work). I enjoy this and it supports my writing. I would like to be better at music. It does not come naturally to me to write a poem where sound is at the front of my mind. I have to work at the musical patterns.

Éireann Lorsung: I generally don’t think anyone has or should have that interest, and feel very uncomfortable when I realize they might. It is very humbling when people have read anything I’ve written—humbling to the point of perplexing at times. And very, very pleasing. If anything, I sometimes feel despair that no one will want to see or has seen what I have made; my antidote to that is a good long phone call with a friend who also writes.

Kao Kalia Yang: I take deep breaths and make wishes; I take the time to talk through my feelings with my dearest loves.

Christa Parravani: I expect nothing. My mother always told me “don’t do something to be thanked for it. You’ll only be disappointed.” So, I write that way, without asking. But mostly, my writing-desire isn’t about recognition; I want to hear stories that are not my story. Sharing our stories is part of seeing each other. It’s a hard world to survive alone. I write because I want to read. I’m selfish that way. Give to get.

Danielle Evans: As both of my parents’ beloved only child, and a November Scorpio, I have never learned to be concerned about this.

Jess Walter: That sounds more like a you issue, Teddy.

Maybe We Shouldn't Let Startups Have Free
Rein Over Space 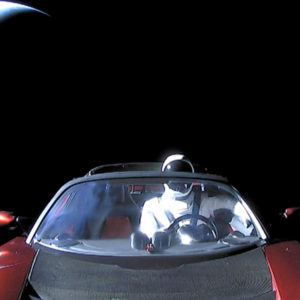 Maybe We Shouldn't Let Startups Have Free
Rein Over Space