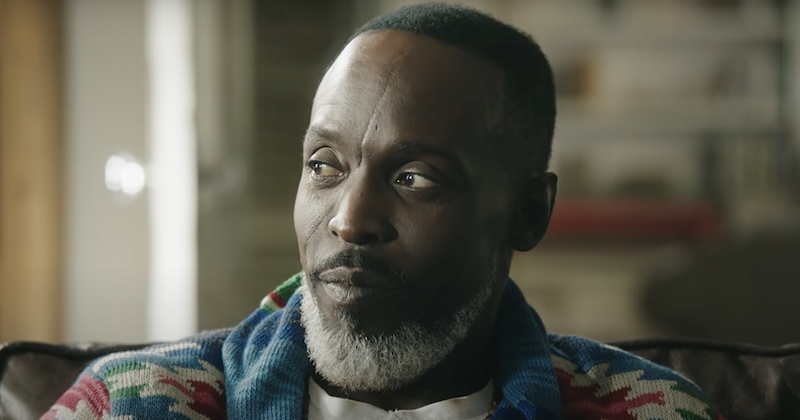 Listen to this heartfelt, pandemic-inspired poem read by the late Michael K. Williams.

Over the holiday weekend, we lost the expansive, charismatic actor and producer Michael K. Williams. Born in 1966, the Brooklyn native grew up in the neighborhood of East Flatbush. And although many members of the general public seem to only know him as Omar Little from HBO’s The Wire, Williams was so much more than this character. Before he became a full-time actor, Williams was an accomplished dancer, appearing in videos and on tour with artists including Madonna and George Michael. He also choreographed and appeared in the video for Crystal Waters’s iconic dance hit, “100% Pure Love.”

His first credited acting role can be linked to Tupac, who requested Williams play his brother in 1996’s Bullet. In 1999, he appeared in the Martin Scorsese film Bringing Out the Dead, which was based on the novel by Joe Connelly. This role then led to a small part in The Sopranos, and then The Wire. William’s turn as Omar paved the way for his diverse, electrifying filmography, which includes Boardwalk Empire, The Night Of, When They See Us, and Lovecraft Country. This year, he was nominated for his fifth Emmy for outstanding supporting actor in a drama series for his turn as Montrose Freeman in Lovecraft.

Off-screen, Williams wasn’t afraid to use his platform to advocate for social justice issues, such as criminal justice reform. In a 2014 New Yorker article, Williams reflected on his turbulent past, saying, “Arresting people, or ruining people’s lives for a small, nonviolent charge, like marijuana, drug addiction, or mental illness, is not the way to go.” He added, “Those are health issues, not criminal issues. It’s the grace of God that I wasn’t imprisoned for my antics growing up.” Williams, who recently became an ambassador for the ACLU, also spoke openly about America’s legacy of white supremacy and systemic racism, which sometimes translated to his interest in acting roles. Speaking to the Los Angeles Times in August of this year, he said that he was attracted to Lovecraft Country for its ability to reflect and recontextualize the brutality and horrors of racism: “It did exactly what it came to do, it sparked the narrative.”

Williams could not be boxed in. So, it’s no surprise that the actor, who was able to channel such a depth of emotional complexity in any role he tackled, also dabbled in poetry. Following news of his friend’s death, poet and musician Saul Williams took to Twitter to reminiscence about William’s poetic side.

For years Wikipedia listed Michael K. Williams as my brother. Neither one of us chose to correct it, instead we took it at its word. “We’re brothers, yo.” He shared poems with me. We broke bread & kicked it whenever we could. A deep & sincere connection. A beautiful spirit. 💔💔

Last April, Williams posted a video on his Instagram that featured a pandemic-inspired poem (author unknown). The poem captures the shock and uncertainty of these troubled times.

Listen to Williams read the poem below.