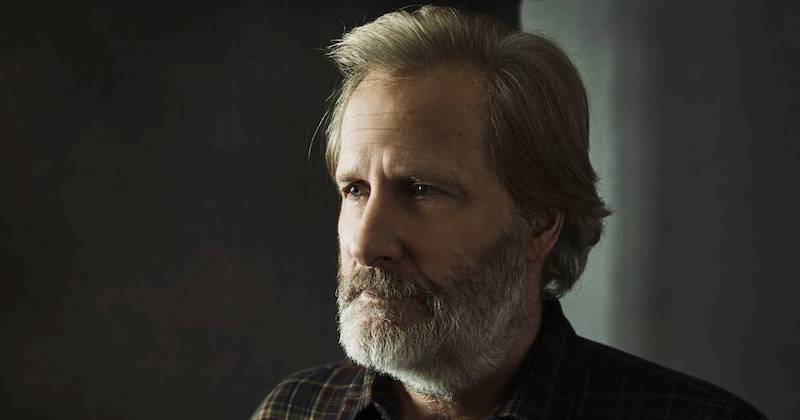 Calling all Dave Eggers and Jeff Daniels fans alike: the two have teamed up for the audio release of Eggers’ new story, The Museum of Rain, published this month by McSweeney’s and Scribd Originals. Check out a brief excerpt below, or find the full version here.

“Take them to the Museum of Rain,” Patrick said.

The family reunion, organized by Patrick to coincide with his seventy-fifth birthday, was in its second day and the adults were catatonic. The bonfire the night before had gone late, and the grown-ups were hungover, underslept, and emotionally spent. There was a herd of bored kids under sixteen and no one knew what to do with them.

Oisín’s mind was empty. “The what again?”

“The Museum of Rain, you senile fool,” Patrick said. “You’re the one who built it.”
Oisín was three years younger than Patrick, but his memory had been spotty since his forties. Museum of Rain. The words emerged from a fog.

He’d set up the Museum of Rain in the shade of a manzanita tree fifty years ago, a month before he enlisted. It started with a few small jars of California rain. Then, for about five years, every time he was home, he’d add specimens from wherever he’d been—Bozeman, London, Montevideo, Las Cruces. The last one, in a narrow green vase, was from Grenada, where he’d been shot in the shoulder just after landing. That was the end of the invasion for him.

“It can’t still be there,” Oisín said.

“I happen to know it is still there,” Patrick said. “It was discovered about ten years ago by our neighbors’ kids. They said it was actually in decent shape.”

“It must be three miles from here,” Oisín said. He had no interest in a hike.

Oisín ate the last scrap of bacon. It had been clinging to his shirt. “You want me to take ten kids on a three-mile hike?” he asked.

“I was just pondering,” Patrick went on, “how to occupy some percentage of them for the day, and thought of your thing under the tree. Besides, what else are you contributing to this reunion?” He stood up to signal that the conversation had been concluded to his satisfaction. “You want to make some sort of impression on these kids, don’t you? None of them have a clue who you are. They think you’re some hermit or mountain man. I had to set up this whole weekend. You’re freeloading.”

This was not remotely true. Patrick’s daughter, Evie, had been the force behind the reunion. She made all the calls, ordered the food, found lodgings for eleven families—forty-four people from eight states and three countries. It was the most elaborate get-together the Mahoneys had ever pulled off. Even Great Uncle Ernst—a German POW who was sent to California in 1943 and never left—had been wheeled in from Stockton. There were three middle-aged relatives from Ireland; no one could figure how they were related to the American Mahoneys, but they added some genealogical ballast. And they’d enjoyed last night’s bonfire more than anyone else.

It had been Patrick’s idea. In the middle of California, while a swath of Sonoma burned two hundred miles to the north, he insisted on having a bonfire. The kids loved it, and most of the adults, drinking homemade aquavit from an oak cask, grew to accept the fire’s existence, as tasteless as it was under the circumstances. The kids had fed it with pieces of a broken-down picnic table, and three Mahoney generations danced around it, rhythmless but free, until Patrick’s neighbor, nervous and outraged, flew by at midnight with his crop duster and doused the flames—and half the Mahoney family—with pink fire retardant. That had ended the night.

The family compound was a ramshackle array of Victorians, yurts and double-wides surrounding the original 1845 adobe—bought directly from Don Joaquin Gomez, the Monterey customs officer. In the morning, it looked like an art project gone awry. There were beer bottles, wine bottles, paper plates, chicken bones and skateboards and badminton rackets and a single cerulean sock, and all of it was soggy from the retardant.

Now it was up to Oisín to lead the children away from the mess so things could be returned to some semblance of order for that night’s dinner and concert. Patrick wanted to celebrate a distant ancestor, John O’Leary, who had been the right hand and biographer to Simón Bolívar; someone had done 23andMe and the connection, more or less direct, had been evinced. Evie had hired a high school marching band for the party and ordered an immense sheet cake from Safeway, with an etching of O’Leary replicated on the frosting. Most of the adults had planned to flee to Hooray’s, the only bar for eleven miles, until it was over.

“Five minutes,” Oisín yelled into the courtyard. He assumed word would get around. He hoped the parents would be motivated to make sure their own children were ready. The round trip would be four hours, minimum—no small gift to all the assembled adults.