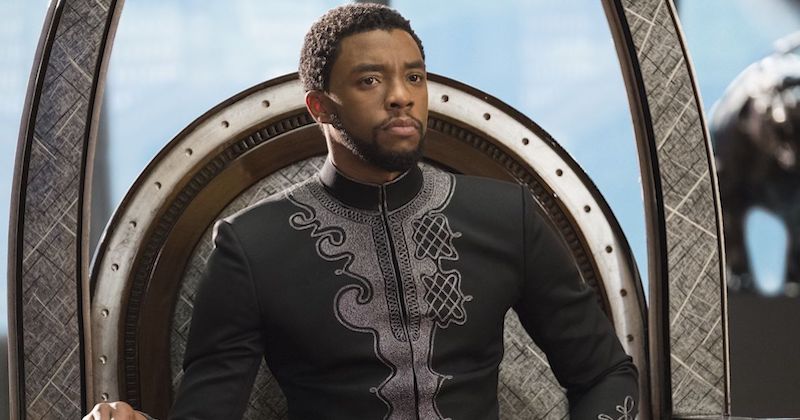 On this day, the magnetic, beloved actor Chadwick Boseman would have been 45 years old. I know that I speak for many people when I say that it was truly heartbreaking to learn that Boseman had been privately battling colon cancer for four years, including during the making and release of Black Panther.

Born in Anderson, South Carolina, Boseman was a graduate of Howard University, where he took an acting class with Phylicia Rashad, who later helped finance Boseman’s trip to the British American Drama Academy in Oxford, England, with assistance from Denzel Washington. After graduation, Boseman moved to New York and pursued a theater career. He wrote and directed a few plays, such as Deep Azure and Hieroglyphic Graffiti. He also taught acting to students at the Schomburg Center for Research in Black Culture in Harlem. Boseman eventually relocated to Los Angeles after accepting a recurring role on the ABC Family TV series Lincoln Heights. The switch from stage actor to film star was new territory for Boseman, but as they say, the rest is history.

Boseman’s breakout role saw him as legendary baseball player Jackie Robinson in the 2013 biopic 42. In 2014, he played James Brown in the biopic Get On Up and in 2017, he took on the role of Thurgood Marshall in Marshall, which he also co-produced. Boseman’s T’Challa officially hit the big screen in 2018’s Black Panther (the character made a brief appearance in 2016’s Captain America: Civil War). His final on-screen roles were 2020’s Norman Earl “Stormin’ Norm” Holloway in Spike Lee’s Da 5 Bloods and Levee Green in the film adaptation of Ma Rainey’s Black Bottom.

The actor also wasn’t afraid to speak out against injustice and racism. Boseman, along with over 300 other Black actors and professionals in Hollywood, signed an open letter organized by Kendrick Sampson (Insecure), which called for the industry to divest from the police.

Boseman certainly left his mark on the world, which is even more incredible considering the nonstop volume of work he contributed before his untimely death.

In the below video for education company Amplify, Boseman’s theater training is put on full display as he reads the first chapter of Narrative of the Life of Frederick Douglass. As Boseman’s singular, commanding voice infuses Douglass’s testimony with emotional depth and gravitas, it’s easy to understand why Boseman captivated audiences.