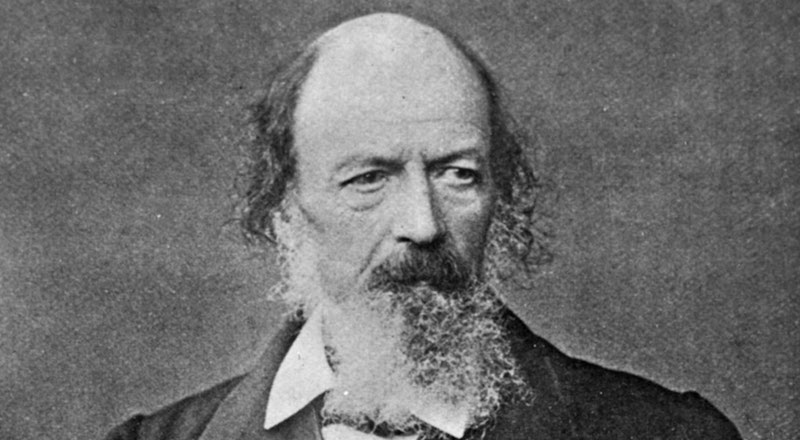 Listen to a wax cylinder recording of Alfred Tennyson reading “The Charge of the Light Brigade.”

Last week, Cabinet Magazine published a wonderful deep dive by Matthew Rubery on the origins of the audiobook as a form. It’s worth reading in full, but it also features a fun historical curiosity: a wax cylinder recording of Alfred Tennyson reading his poem “The Charge of the Light Brigade.”

Historians often trace the audiobook’s origins back to one of three places in the twentieth century: Books on Tape in the 1970s; Dylan Thomas’s “A Child’s Christmas In Wales” records in the 1950s; the Library of Congress’s discs for the blind and partially sighted in 1934. But this recording of Tennyson is from 1890, and though the existing technology was far from audiobook-ready, as cylinders didn’t have very much storage space and were extremely effortful to reproduce, this didn’t stop readers—well, listeners—from speculating. Said one witness of an initial tinfoil phonograph demonstration, “Are we to have a new kind of books?”

Listening to the recording, which you can access at this link, you can hear that the technology . . . isn’t quite there yet, but it’s an exciting time capsule. And strangely soothing. And proof that, like the audiobook, poet voice is older than we thought.