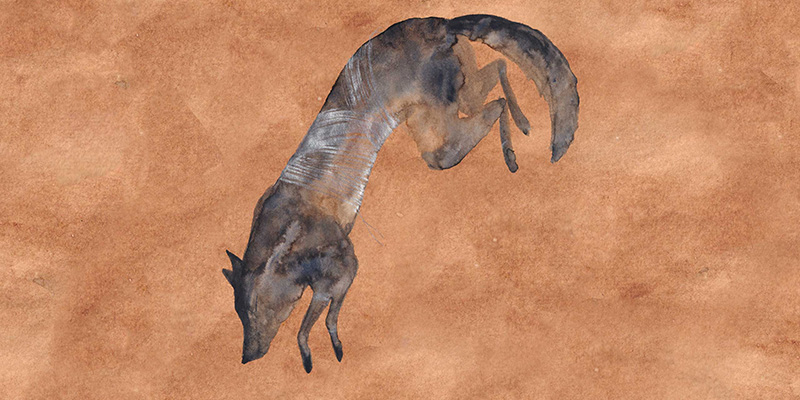 Listen to a Future Fable From Rivers Solomon: “The Pack”

In Solomon’s Future Fable, we join a pack of wolves to discover the importance of community.

Black Wolf arced her snout to the sky—a last bid to whomever or whatever it was who arbited mercy at times such as these—then lay down in the woods to die. Her fur, brittle and wiry and caked with all manner, had begun to slough off in patches, so when she sunk herself one final time to the ground, her belly was skin-to-skin with the earth.

She had the thought that she should be called Naked Wolf now. Wilted Wolf. Out-of-breath Wolf. Sore Joints Wolf. Bloated Belly Wolf.

The last decade had not come to much. She was tired and without a pack. The woods were not gentle.

Black Wolf had a lover once. A sweet-natured cousin who moved with a limp, her front left leg having been mangled in some tragedy of which she refused to speak. Her name was Silver. She smelled of pine, dandelion, bug guts, deer liver, deer intestines, deer stomach, sage, rabbit cartilage and rabbit bone, brackish water from the north part of the river, goose down, old shoe leather, rubber, acorns, young sycamore leaves, wool of a dall sheep, wool of a stone sheep, fur of a mountain goat, salt, sap, and smoke from a years-ago fire.

She had a stillness to her, Silver. Preferring to watch and sniff than to move and participate.

For Black Wolf, lying down on the earth to die carried the same feeling of surrender that lying with Silver did. The world itself, land and sea and sky, is in its own way a lover, the sort that always takes you. It will lick you right up, snout to sternum to groin to paw. And if you lick it, will it not be pleased? Offering you its fruit. Its meat.

Silver had loved to be mouthed. Liked it more than being pressed into, or pressing into. Teeth in her soft neck, tongue sliding up her jowl, nose behind her ear, and she would whimper like a pup then spurt and be limp next to Black Wolf.

That was years ago now. Silver was dead, as were most things. A new earth was emerging from the rubble of the previous age, and it was clear that Black Wolf did not have a place on this new earth except as building material. Fertilizer. But then, that was all anything was in the end. Raw clay.

Everyone has its turn, and she had had hers.

Black Wolf let her eyelids flutter toward the sleep she would not awake from. Breeze tickled her nose. Leaves and twigs from the sparse remains of trees fell on top of her. Her ear quirked at the sound of a deer a half mile off, but she did not rise to move toward it.

Her throat was dry. She was no longer generating spit. Dreams from which she could not wake haunted her.

Time passed and passed, Black Wolf in that place between tortured wakefulness and tortured sleep. Rain fell. It tasted of acid. Black Wolf, unable to help it, lapped it up. It was five days later when Black Wolf smelled a spider on her nose. With some effort, Black Wolf uncaked her eyelids from the seal it had formed with her eyeballs through a glue of rheum and grit.

Had the spider come here to feast on Black Wolf’s cadaver?

“Is that any better?” Spider asked.

It was not any spider, Black Wolf realized, but the spider named Spider, identifiable by her gentle and deep voice. The two had passed each other a few times over the last couple of years and exchanged brief greetings.

The smell of sticky silk was strong on her, like she’d made a web the size of a woods, of the world, or had cocooned an elephant as prey.

“Is that any better?” Spider repeated.

Black Wolf groaned and she came to.

“Your skin was red and sore with infection, so I had Old Elk drag you to the river to wash off the pus and clean out the pocks.”

“Old Elk?” said Black Wolf, her voice crackly and weak. Black Wolf hadn’t seen that gray, hulking beauty for some time. Had wondered if she’d given herself to the dirt the way Black Wolf had planned to do. Years ago, during a big rain, Black Wolf had dug a hole big enough to shelter Old Elk, who’d been ill and not holding up well in the wet weather.

“Blue Bird collected healing leaves and laid them on your skin as medicine,” said Spider. “And I have bandaged you all over in silk, making a new fur for you from my body.” Black Wolf blinked and tried to stand, but she did not have the strength for it. She understood now what Spider had been asking when she said, is that any better?

With the cool water, the healing leaves, and the new covering made of silk webbing, Black Wolf’s skin was, indeed, better, no longer raw and inflamed, the fur, its only protector, largely gone. “I was going to die,” said Black Wolf.

“Mmm,” said Old Elk, who was nearby picking at a bush. “We didn’t wish that to be, and in this case, we could prevent that fate.”

Black Wolf hadn’t remembered liking being alive in some time, but felt warm to know she felt that way just now, to have company in the form of Old Elk and Spider and Blue Bird.

They had been here in this very woods the whole time, passersby.

“I wonder if it might be better,” said Black Wolf, still weak and tired but full of a wildness of heart she had not felt since her youth, “if we were together most of the time, instead of apart.”

“Mmm,” said Spider and no more.

How strange and wonderful it is to know the utter, undeniable truth of one’s unaloneness, to be caught, and held. It is there, it is. A net. A silver, sticky web 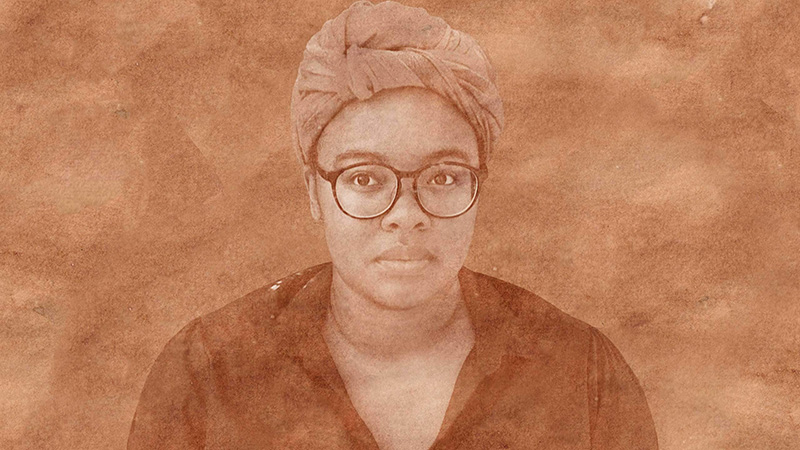 Rivers Solomon is an award-winning author, self-proclaimed gender malcontent and keen bird watcher, whose novel An Unkindness of Ghosts featured in the Aesop Queer Library last year. Their most recent novel Sorrowland was released in 2021. 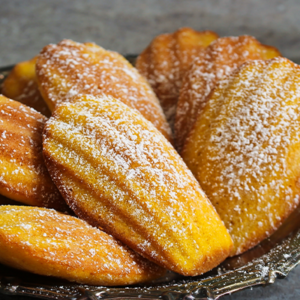 Rose Levy Beranbaum on Lemon Madeleines and the Pure, Childlike Joy of Baking Cookies, Baking is the best all-encompassing lesson for children. it teaches so many important things: precision, patience, timing,...
© LitHub
Back to top
Loading Comments...