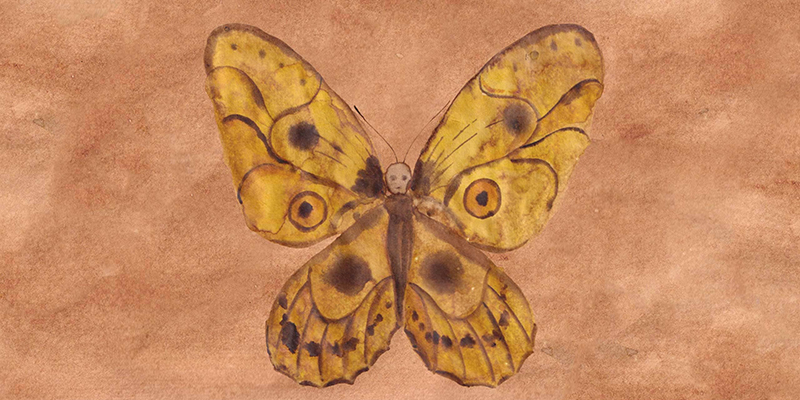 Lydia Millet’s Future Fable explores the nature of change through the tale of a slightly stubborn insect.

I once knew a man who was almost a worm. But brighter and with more hairs. He also had spots and many fine feet. So he could walk, slowly but surely. Unlike a worm. In short, he was a caterpillar. Stayed close to the ground and was always eating.

The caterpillar man had many friends. Like him they were decked out in spots of color and ate a lot. They could be found on leaves and stems—each had their favorite host plants. Delicious and convenient. Sometimes many would gather on the same host. You could trace their paths by the eaten leaves, lacy and riddled with holes after they left.

This man wasn’t an intimate of mine, but he’d direct the odd remark in my direction.

He liked to boast to me. He wasn’t afraid of anything, he said.

But I perceived that, by saying it, he wanted to make it true.

For he was deathly terrified of birds. Even the shadow of a bird made him shrink up. Even the song of a bird from far away. A call, a caw, the rustling of feathers. The nest of a bird was disgusting to him. I could see it on his face.

In a nest there were eggs. And in the eggs there were more birds to come.

If a friend of his was lost, there was usually a bird behind it. He never admitted this. He didn’t say the names of birds. Whenever a friend went missing, he said it was the wind, maybe. Or rain. Or even fire. The wind and the rain were natural, he said. Also the fire. Sometimes.

Likely the wind or rain had moved his friend, said the man. It could happen easily, he assured me, without you noticing. Because you, too, were busy munching. And somewhere, he insisted, on a different plant, that missing friend was eating on. In peaceful fattening.

I changed the subject, then.

So, what do you fatten for? I asked him.

Yes, why are you always fattening?

Well, to be fat, he said. Obviously.

I’d seen how it went for the others like him. As soon as they got fat enough, they spun a beautiful silk home. For a long period, they stayed inside. When they came out they were completely different.
But this man, the caterpillar man, had been fat for some time. You might say gloriously fat. As fat as any larva could ever wish to be.

But after you’re really fat, what happens then? I persisted.

You just stay fat, he said. Don’t be stupid.

I had to leave for a bit to visit a mouse woman. When I came back I couldn’t find him anywhere. Only a bird was near his plant, a wren stabbing at pebbles with his beak. Scratching the dirt impatiently. Just beetles, he grumbled. Beetles, beetles, beetles.

You didn’t eat the caterpillar man, did you? I asked. The very fat one?

I don’t know who I ate, said the wren. Really I couldn’t tell you. I won’t say they all taste the same, but one thing I can say is they all taste good.

But you haven’t seen him?

The last of them went into the white beds. Now it’s nothing but beetles.

Oh, I said. I always thought he wouldn’t go.

Some want to keep on eating, said the wren. In denial. They know the wings are a death sentence. For them the wings don’t last. Not strong like these. (With that, he spread his feathers out to demonstrate.) Once they have wings, they barely eat. It’s all about drinking. And mating.

I mean, some of them travel quite far, I said. On those delicate wings. Take the monarchs! And the painted ladies!

They fly and then they die, shrugged the wren. With some of them, it’s over in a week.

I’d almost forgotten the caterpillar man by the time he appeared in his new body. And of course, I didn’t recognize him right away. He was a lovely pale yellow, flexing his wings on a globe mallow.

You look amazing, I told him.

Enh, I looked better before, he said grumpily. I’m way too thin.

But you can fly! I said.

I miss being hungry. And then so satisfied.

And hey, you can pollinate! I said. Give back to the community!

I liked the old job better, he said. We knew where we stood, back then. These days it’s all about the flitting.

I spotted some of his friends nearby. Fluttering among the plants. Alighting.

I guess I won’t see you so often, I said. Now that the air is your dominion.

Oh, I don’t know. I’ve always been a homebody.

Watch out for the birds, though, I said. Some of them are still interested in snapping you up.

Honestly, said the butterfly man. His yellow wings shivered. I have no idea what you’re talking about. 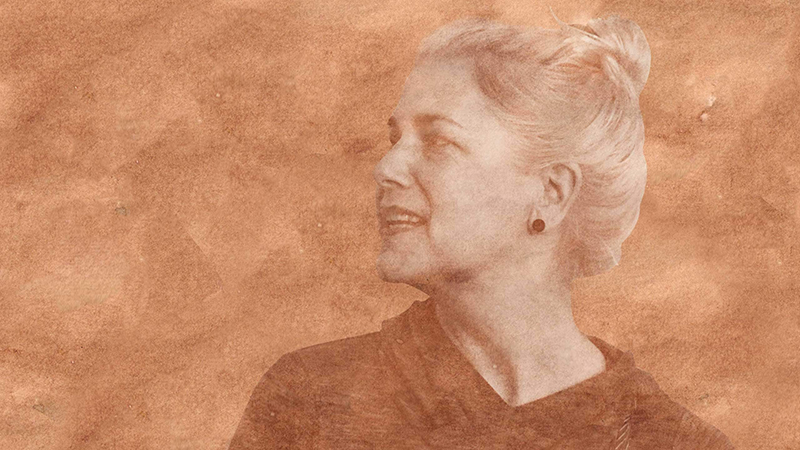 Lydia Millet is a prolific author of over 13 books, whose collection of short stories Love in Infant Monkeys (2010) was nominated for a Pulitzer Prize. Her most recent novel, Dinosaurs, was published 11 Oct 2022.

Sara Flemington on Starting in the Middle of Things 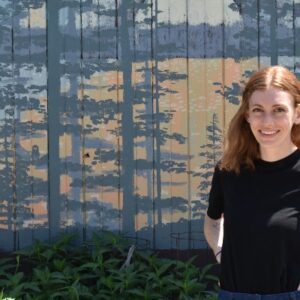 Sara Flemington on Starting in the Middle of Things Welcome to I'm a Writer But, where two writers-and talk to other writers-and about their work, their lives, their other work,...
© LitHub
Back to top
Loading Comments...