This week on WMFA, we revisit our conversation with Lisa Ko, author of The Leavers, as she and Courtney discuss complicating the notions of motherhood, why working on your characters is working on yourself, and keeping the faith through seven years of novel drafts.

Lisa Ko: You know, I think part of it was that sort of anxiety about not wanting to get things wrong. And as writers, we do have a really great responsibility when we’re writing about experiences and people that want us to try to get it right, because it sucks when people get things wrong. Like, if I know that when I’m reading something about, say, New York or New Jersey or someplace I’m familiar with and you realize it’s not factually correct or emotionally correct, it totally takes you out of the story. I don’t want to do that to a reader.

I felt very intimidated by writing about China, which was a country that I had visited once before as a tourist. I didn’t really know a lot about a particular region and city there that I’d never been to. So, yeah, I had a bunch of frequent flier miles, and I had some time off work and I had the privilege to be able to group it into a larger trip. So I think it was part of it. And then I went to a beach in Thailand that got to help me justify taking that time away and betting on everything.

I ended up going to Fuzhou City and Fujian Province, which is where majority of contemporary immigrants from China in New York City are from. I based Paulie’s hometown on a town that I read about that was frequently profiled in the Times and some other publications about ten years ago. This small village outside of Fuzhou City which had this huge population of migrants to New York City. It was kind of mostly emptied of adults that were were working age. Most of them had migrated, and they were all these empty mansions in the town because the people who had migrated to the U.S. were sending back money to their parents who were left behind.

Their families would build these large houses that nobody would live in as status symbols. So it was like elderly and small children were there because the parents were working really long hours and were deep in debt and ended up sending their young children back to stay with their parents, with their families for free and paying for child care until the kids were old enough to come back to us and go to school. So, you know, it just seemed like a really kind of sociologically interesting place in a way that really illustrated how global migration has this huge impact, both economically and psychologically on these families.

So I ended up finding that village, and it was actually really moving to finally see and walk along the streets of a place that I had only read about and imagined. And same with Fuzhou City, where Polly ends up, I think it provided a sense of reassurance in a way that whatever I wrote about these places could be fact-checked, at least visually. I could see them in the places because I knew what those places were like. I’m sure how my character would walk down the street. What would that street smell like? What would you see? And given that these are the things on the street, maybe she would go here, if she went there with that how would that change the scene or the plot? It was really part of the creative process.

Lisa Ko‘s fiction has appeared in Best American Short Stories 2016, Narrative, Copper Nickel, and the Asian Pacific American Journal. She is a founding coeditor of Hyphen and a fiction editor at Drunken Boat.

In an Era of Gender Equality, What Does It Mean to Be a "Tomboy?" 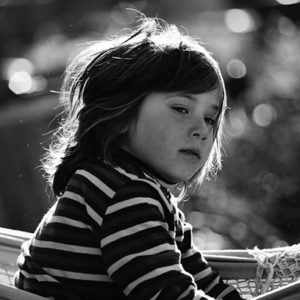 In an Era of Gender Equality, What Does It Mean to Be a "Tomboy?"

We are in the middle of a cultural revolution, where the spectrum of gender and sexual identities is seemingly unlimited....
© LitHub
Back to top