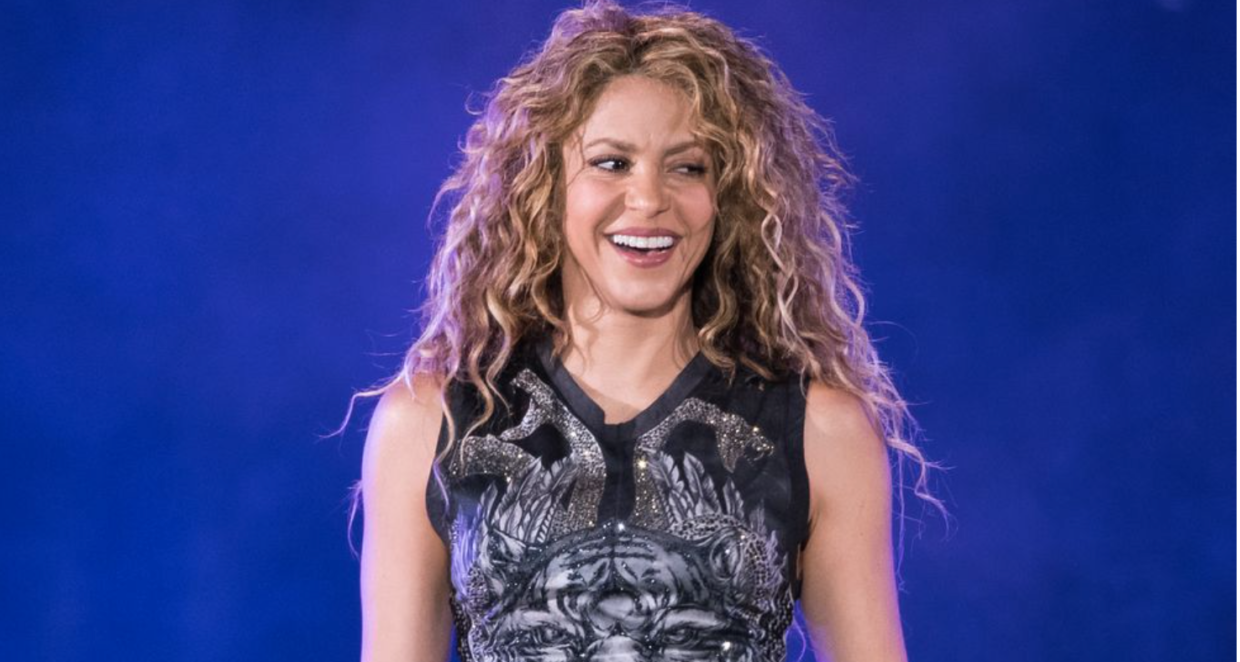 Like a Tidal Wave: Tracing the Inescapable Explosion of
Latin Music

Leila Cobo on the Largest-Growing Musical Genre in the World

The article in Billboard magazine read like so many pieces about Latin acts who achieve international renown. The artist had been discovered and pushed by the company’s Latin American chief, but had become so successful that he was no longer going to merely release songs in Latin American countries. He would now be groomed for a major release for the mainstream market. We could be speaking about Rosalía in 2019. Or Ricky Martin in 1999.

But this was Cuban bandleader Dámaso Pérez Prado, whose big band played mambo and other Latin rhythms. And the year was 1950.

The pianist and arranger, who, as the Billboard story said, “cuts in Mexico,” had been RCA Victor’s top Latin American seller for the past decade before the label decided to switch him from the international series to its pop label; meaning Pérez Prado was being taken from the Latin market and moved into the mainstream.

By then, he’d already made an impact with his “Que rico el mambo,” now considered a Latin standard, which he had rereleased as “Mambo Jambo” for the American market.

But it was after that label switch in 1950 that his popularity exploded, in tandem with the globalization of mambo. By 1955, Pérez Prado’s version of “Cherry Pink and Apple Blossom White,” which was used as the theme for the Jane Russell film Underwater!, spent ten weeks at number one on the Billboard pop charts, making it one of the biggest instrumental hits of all time.

The story of “Cherry Pink and Apple Blossom White” is one of great music built on quintessential Latin beats, of a fascinating bandleader and pianist, and of a groundbreaking moment not just for Latin music but for music and culture as a whole. The 1950s were about far more than Pérez Prado. The decade saw Nat King Cole sing in Spanish, the rise of Afro Cuban jazz, and the advent of the biggest triumph of Latin culture in Middle America: I Love Lucy, featuring Desi Arnaz, the real-life Cuban bandleader (and Lucille Ball’s real-life husband) who played Lucy’s endearing Cuban bandleader husband on TV.

It took more than seven decades to come full circle, to 2017, when “Despacito,” another great track built on quintessential Latin beats, hit number one on the Billboard Hot 100 and stayed there for 16 straight weeks, a record at the time.

And “Despacito” highlighted a flood of Latin songs that came before and after, hits that found unprecedented global exposure, thanks to the rise of streaming services in an ever-shrinking world.

As of 2020, Latin music is the largest-growing genre of music in the world. Once considered the realm of romantic ballads and folk songs, it has blossomed to incorporate a dizzying array of subgenres, voices, nationalities, rhythms, syncopations, and styles big and small. It is sung in Spanish and in English and in both. It is inescapable.

But it’s been a long road since the days of Pérez Prado.

In those seven decades, Latin music continued to seep into the fabric of popular culture, even as its popularity beyond the confines of Latin America and Spain ebbed and flowed, sometimes way below the surface of the mainstream, sometimes spectacularly above.

But even in the seemingly quiet years, when not a single conga or heart-wrenching ballad made it to non-Latin ears, Latin music—the term broadly applied to music sung predominantly in Spanish, regardless of origin—thrived. Supported by an ever-growing diaspora that refused to let go of the beats and sounds of their homelands, the music and its reach expanded relentlessly. The number of radio stations devoted to Spanish music grew, as did concerts and album sales. In the late 1980s, when I came to this country, Middle America might not have known the names Vicente Fernández, Luis Miguel, or Juan Luis Guerra, but all were selling out Madison Square Garden.

As of 2020, Latin music is the largest-growing genre of music in the world.

When I began working at Billboard in 2000 as the music brand’s head of Latin music, the genre was experiencing a new renaissance: the so-called Latin Explosion led by Ricky Martin, Shakira, Marc Anthony, and Enrique Iglesias, among many others.

My timing couldn’t have been better. I was Colombian, born and raised, but had come to the United States to study classical piano performance at Manhattan School of Music. After I graduated, I decided to pursue my other passion, media and journalism. I applied for a Fulbright scholarship and obtained a master’s degree from the Annenberg School for Communication and Journalism at the University of Southern California. There had to be a way, I thought, to bring together music and journalism, music and media, my Latin background with my formal music training. It all meshed when I landed a job as the pop music critic for the Miami Herald. When the Billboard spot opened up in 2000, the time was ripe for Latin music to come into its own.

The seeds had already been sown. In the mid-1990s, Gloria Estefan and the Miami Sound Machine awakened the world to the beat of the conga with music that was in English but had as its foundation aggressive Latin beats, a metaphor for a blending of cultures. It was, as Emilio Estefan famously once said, “rice and beans with hamburger.” At the same time, the ultimate Latin symbol—the sexy crooner—had made its way into every living room in America, thanks to Julio Iglesias’s and Willie Nelson’s “To All the Girls I’ve Loved Before.” Who knew Latin and country music could mesh?

But the Latin Explosion of the late 1990s was more like a tidal wave that enveloped the world, with Ricky Martin’s “Livin’ la vida loca” and Shakira’s “Whenever, Wherever” serving as two of the flag bearers. They, too, became household names, eventually gracing the cover of Time magazine. The Latin Explosion waned over time, as pop music fads tend to do, but Latin music remained and thrived.

There were unexpected one-offs like “Macarena,” a quintessential Spanish track from Sevilla, Spain, whose irresistible dance and beat made it a sporting-event favorite, and even the soundtrack of the 1996 Democratic National Convention.

At the same time, regional genres like the Dominican Republic’s bachata and Colombia’s vallenato built a fan base outside their geographical boundaries with the intoxicating fusion in the songs of artists like Juan Luis Guerra and Carlos Vives. Salsa, the New York–born mishmash of Cuban, Puerto Rican, and homegrown beats, found a socially conscious voice in the music of Willie Colón and Rubén Blades. Thanks to an influx of Mexican immigrants, variants of regional Mexican music boomed, from the mariachi strains of Vicente Fernández, to Los Tigres del Norte’s norteño corridos, with their tales of heroes and antiheroes.

And reggaetón, a distinctly Latin urban beat, came of age in Puerto Rico and quickly migrated North and South, with Daddy Yankee’s “Gasolina” becoming a surprise global hit that introduced the world to a new, distinctively Latin rhythm.

In my time at Billboard, I have seen Latin music, and interest about it, reach unprecedented levels. Our charts have grown, our traffic has grown, our award show has grown, our annual Latin Music Conference has become a destination for artists from around the world, and our coverage has multiplied, in English and Spanish. Artists who used to be “ours” now belong to the world. Shakira, J Balvin, Ozuna, and Enrique Iglesias are household names.

The inexorable growth of Latin music led to a watershed moment at the 2019 Grammy Awards, which, for the first time in history, kicked off the show with Latin music, performed in English and Spanish by a group of artists that included Camila Cabello, Ricky Martin, and J Balvin. It signaled a huge paradigm shift: Latin music was finally viewed as a mainstream force with a built-in audience.

But to get to that point, there’s been a history of hitmakers who paved the way with songs that have each, in their own style, had a part in determining Latin music’s place in the overall tapestry of pop culture. 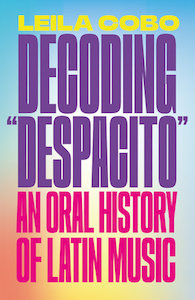 Excerpted from Decoding “Despacito”: An Oral History of Latin Music. Reprinted by permission of Vintage, an imprint of the Knopf Doubleday Publishing Group, a division of Penguin Random House LLC. Copyright © 2021 by Leila Cobo-Hanlon.

Leila Cobo is a Fulbright scholar from Cali, Colombia. Cobo is also a classical pianist, novelist, and executive Editor for Billboard. She has published two award-winning novels that have been translated into German and Italian. Her novel, The Second Time We Met, won the Latino Book Award for Best Popular Fiction and was selected by MSN and Latina as one of its top summer reads. Her biography on Jenni Rivera remained among the top 10 most-sold books in Spanish in the United States for more than 25 consecutive weeks and was named a top read by publications such as Latina and People en Español. 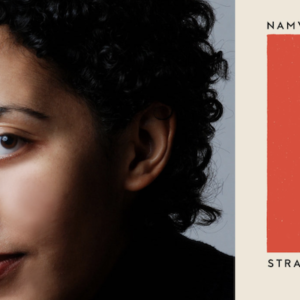 Over the month we’ll be sharing the National Book Critics Circle’s appreciations of this year’s NBCC Award finalists....
© LitHub
Back to top
Loading Comments...