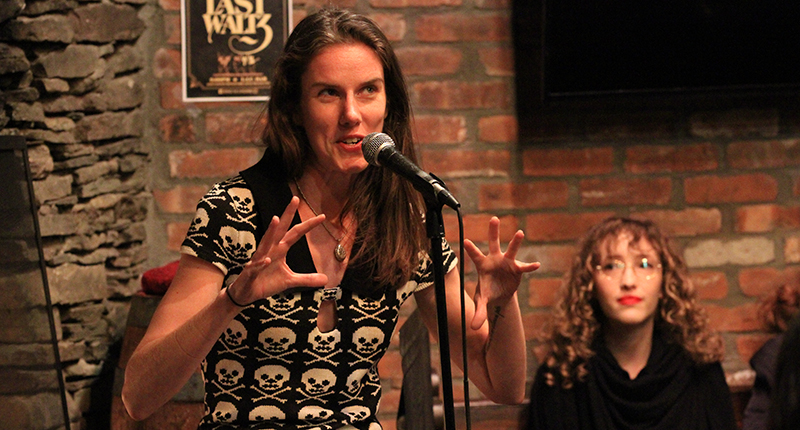 This week, the podcast features the reading and panel discussion from the LIC Reading Series event on November 12, 2019, a special Evening on Female Rage, with Lilly Dancyger, Leslie Jamison, Darcy Lockman, and Shelly Oria. Check back Thursday for the discussion!

Lilly Dancyger is the editor of Burn It Down: Women Writing About Anger. She’s also a contributing editor and columnist at Catapult, and assistant editor at Barrelhouse Books. Her work has been published in Longreads, The Rumpus, Off Assignment, The Washington Post, Rolling Stone, and more.

Leslie Jamison was born in Washington, DC, and grew up in Los Angeles. She has worked as a baker, an office temp, an innkeeper, a tutor, and a medical actor. A graduate of Harvard College and the Iowa’s Workshop, she is the author of the essay collection The Empathy Exams, a New York Times bestseller, and the novel The Gin Closet, a finalist for the Los Angeles Times Book Prize. Her work has appeared in the New York Times Magazine, Harper’s, and the Oxford American, among others, and she is a columnist for the New York Times Book Review. She teaches at Columbia University and lives in Brooklyn with her family.

Darcy Lockman is a former journalist turned psychologist. Her first book, Brooklyn Zoo, chronicled the year she spent working in a city hospital’s psychiatric ward. Her writing has also appeared in The New York Times and the Washington Post, among others. She lives with her husband and daughters in Queens.

Shelly Oria is the author of New York 1, Tel Aviv 0 (Farrar, Straus and Giroux, 2014), which earned nominations for a Lambda Literary Award and the Edmund White Award for Debut Fiction, among other honors. Recently she coauthored the digital novella CLEAN, commissioned by WeTransfer and McSweeney’s, which received two Lovie Awards from the International Academy of Digital Arts and Sciences. Oria’s fiction has appeared in The Paris Review and elsewhere; has been translated to other languages; and has won a number of awards, including the Indiana Review Fiction Prize. Oria lives in Brooklyn, New York, where she codirects the Writer’s Forum at the Pratt Institute and has a private practice as a life and creativity coach.
*

Here is the 2020 Women's Prize for Fiction longlist. 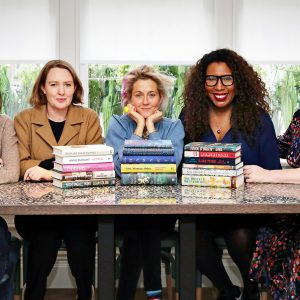 Here is the 2020 Women's Prize for Fiction longlist.

Across the pond in foggy London town the longlist for the Women's Prize for Fiction has just been announced. This year's...
© LitHub
Back to top