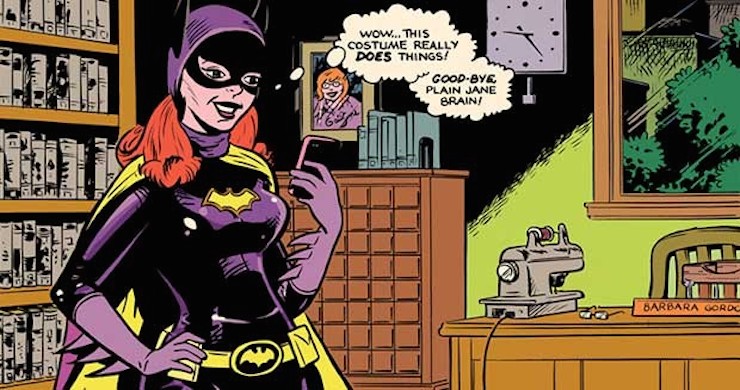 It's Not Just Batgirl Who Kicks Ass in Her Spare Time

Katie Dunneback is a third-generation librarian currently working in a federal library in Washington, DC. She has worked as a library consultant and a public librarian in her past. When not at the day job, she writes fiction under a pseudonym.

Little kids story time at the library. I was probably about three or four.

I joke that I attended my first grad school class in utero, but it’s true. I sometimes wonder if that was the seed because I have always had a thing about trivia and correct information, let alone a love of reading (but I think I get that from my English-major/lawyer father rather than my librarian mother). When I was in college, I ran an underground library out of my dorm room that specialized in romance fiction and movies. That should have been my first clue. My first job out of college was far from the right job for me, and one day when I was visiting my mom at the library she worked at during my lunch break, I saw a brochure for University of Illinois at Urbana-Champaign’s Graduate School of Library and Information Science. I’d been trying to figure out a way to leave my job and my parents asked that I either have another job lined up or something similar. Another job was not appearing, and I decided grad school would be my fastest way out. As I mentioned, my mom’s a librarian and my dad’s a lawyer, so I looked at both library school and law school. Library school was going to be a shorter time commitment, and as someone who was good at school without liking it that much, that was the deciding factor for me. Luckily, it really is a perfect profession for me!

This is a tough one! Should I go with Batgirl Barbara Gordon who kicks ass in her spare time? Or maybe Daisy Minor from Linda Howard’s Open Season who decides she’s done with being the stereotypical small-town librarian and shakes up her life. Which lands her in the wrong place at the wrong time, making her an uncomprehending witness to a murder… and snares the romantic interest of the new chief of police. How about both? [Ed. note: see feature image above for our choice.]

Full-time romance novelist. As it is, that’s my three-quarter time other profession.

This is an interesting question for me. I work as a selection librarian at a federal library, but I get to work with popular materials. I absolutely adore what I do. If I were to work in another area under the main agency’s umbrella, I think it would be in one of the preservation sections even though I have no training in that area beyond what little I learned in grad school.

More collection! And the staff needed to process it.

Its mission. When people find out about where I work (and I tend to talk about it more in person than online so as not to step on official toes), they thank me and all of my coworkers for what we do.

In the current library, nothing weird since I’ve been here. Going back to previous positions, I think it was the guy who hit on me as I was working the reference desk by telling me I had to read Twilight because “it was the best book ever,” and followed that up by not leaving until I disappeared into the back and a coworker told him I had left for the day.

I no longer work directly with the public, but going back to my first full-time library job, it would have to be the guy who frequently called with questions related to the crossword puzzles. Thanks to him, I was able to show my boss the wonders of IMDb.com.

Expansion of the mind through non-fiction, fiction, classes, interactions with others in their neighborhood, movies, audiobooks, databases, and so much more. You’ve already paid for this service with your taxes, take advantage of it!

Clive James on Death, Poetry, and His Brand New Bookshelves 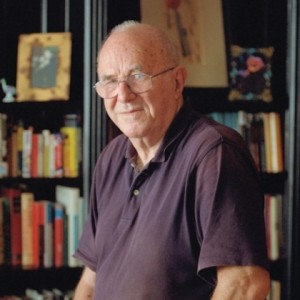 Clive James on Death, Poetry, and His Brand New Bookshelves

In this episode of A Phone Call From Paul, Clive James discusses the difference between British and American poetry (and...
© LitHub
Back to top
Loading Comments...