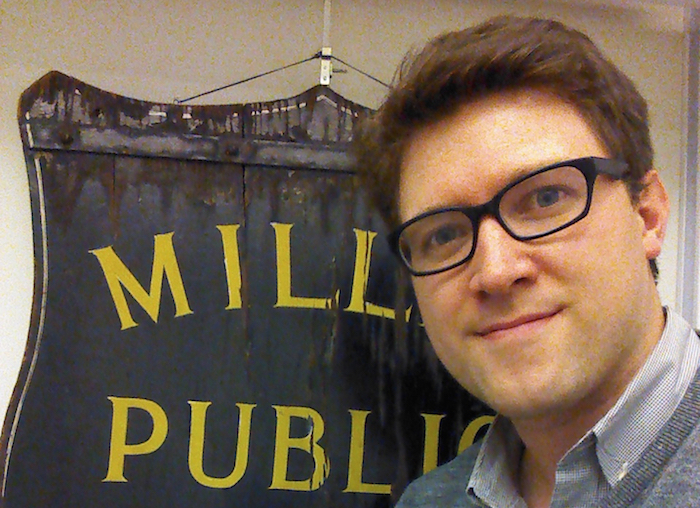 The Only Library with Owls, Snakes, and Tai Chi Classes

Alexander Lent is the Library Director at the Millis Public Library, outside of Boston, and has been working in libraries for nearly a decade.

I vividly remember the bright red carpets and skyscraper bookshelves in the children’s room at the library in the town where my family lived when I was in preschool. A couple years later, in another town, I remember sitting on the floor by the picture book section with my mom as she read C. W. Anderson’s Billy and Blaze, which immediately became my favorite book, until my dad checked out Bunnicula by James Howe and read it to me chapter by chapter before bed.

In middle school, I was a faculty brat and had to hang around after school when my mom had meetings. Without the librarian there to help me find the books I “should” read, I was able to find books I wanted to read. I discovered Timothy Zahn’s Star Wars series and suddenly—almost out of nowhere—became a voracious reader.

My high school library was quiet, stuffy, and not particularly creative, but it had a great music collection and I burned my way through it.

In college, the library was open 24 hours a day, which seemed like magic to me. At my first all-nighter, I remember being amazed that there were other people using the library at three in the morning; I had never met other night owls before.

After my first year of college, I moved off campus, to a little apartment in the center of town, close enough to the public library that I could use their wifi (a big perk for a broke college student). I got a library card—the first I ever got on my own—and plowed through their cookbook and DVD collections and did my homework in their reading room. When I called home to tell my parents about the library, they told me that that’s where we used to go when I was in preschool. I got off the phone, went back to the library, and into the children’s room. The carpets were still red, but the bookshelves were much lower.

When did you decide to become a librarian? What was the process?

I did an independent study on the history of religion in New England in my second semester of college. The history professor who was the best fit for the project happened to be the Head of Special Collections at the university library. After I completed my project, he offered me a part-time job, which I took, mostly so that I could see what goes on behind the scenes in libraries. I ended up loving the job. It was exciting to help researchers access the materials they needed for their work, and it was fun to process new acquisitions. My favorite project there was processing a collection of several thousand community cookbooks—the sort of spiral bound things that a church or school might put together and sell as a fund raiser.

At the beginning of my senior year, my boss—who in addition to being a library department head and a history department faculty member, also happened to be an adjunct library science professor—encouraged me to apply to library school. I did, but I also applied to grad school for philosophy, which is what I majored in; I had planned to become a philosophy professor. I got into both programs and had to make a choice. When it came down to it, I was surprised at how easy the choice was—I wanted to be a librarian.

Oh! And the insulting librarians from That Mitchell and Webb Look.

What would you be doing if you weren’t a librarian?

If I had never become a librarian, I would have gone into academia, but if I were to leave libraries now, it would be for a job in municipal administration. I like big-picture thinking and I have found it very rewarding to be a town department head, working with other town department heads to meet the diverse needs of the community our departments all serve in different ways. I could see myself spending more time working across town departments.

What’s your favorite section in the library?

If you had infinite space (and budget) what would you add to your library?

We don’t know—we can make informed guesses, but we can’t truly know—what the future looks like for libraries. Because of that, our best bet is to make libraries as flexible as possible, to constantly assess our communities’ needs, and to evolve our services to meet those needs.

So, while I think it would be useful to have a couple more small study rooms, another mid-size room, and a large auditorium, before I went for any of those, I’d (1) increase our hours of operation in order to increase the amount of time our current rooms can be used, and (2) replace all of our fixed shelving with mobile shelving so that we can play with stack configurations and create “new” spaces without a renovation.

What do you love about your library?

We’ve been trying a lot of new things here: we circulate unusual items, we offer tai chi classes, we use open source operating systems on our public computers, we let people borrow our reference materials. These are just a few examples.

No one has ever responded to any of these changes with “that doesn’t belong” or “that’s not how we do things here.” Sometimes people aren’t sure that a new idea will work out, but they’ve always been game to try the idea and see how it goes. I love that.

What’s the weirdest thing that’s ever happened in your library?

Someone came up to me once and told me he wasn’t a library user. “Everything is online,” he said. “Do people still use libraries?”

By itself, this wasn’t that weird. The weird thing was that he went to the library and sought out a librarian to ask this question. He was looking for an answer. This was a reference interaction!

Even weirder, after we spoke, he went down the hall to the community room and sat down. Along with about 50 other people who, like him, had come to the library to attend an event. He was absolutely a library user! He just didn’t consider himself one because he never checked out any books.

Who’s your favorite regular, and why?

My favorite regular is always our newest regular—I love when someone finds something that turns them into a library user. My current favorite recently got a library card just so she could borrow one of our sewing machines.

What are people without current library cards missing out on?

My library lends out books, movies, music, magazines, toys, tools, games, and musical instruments. We added a Roomba to the collection the other day. We host hundreds of events every year—book clubs, author talks, lectures, workshops, yoga classes, knitting circles, movie nights, concerts, art shows. We’ve had events where people could meet owls, snakes, and police dogs, and they were all standing room only.

But people without library cards are missing out on much more than just events and collections.

There was a woman in town who liked playing bridge and wanted to find people to play with. She came to the library, and asked if she could start a bridge club that would meet at the library. We said yes. We set a time, reserved a room, did a little PR, and bought a couple decks of cards. People showed up. They showed up again the next week. And the week after that. And the week after that. People have continued to come to the library to play bridge every week for years.

If this woman hadn’t been a library user, she would have missed out on creating a community around something she loved – bridge.

We have a bridge club because someone wanted to play bridge. We circulate soil testers because people in town like gardening. We have a concert series because people wanted to hear great music but didn’t want to have to travel into Boston. Libraries support people’s interests. If you don’t have a library card, you’re missing out on that support.

What are you interested in? How can we support you in that interest? 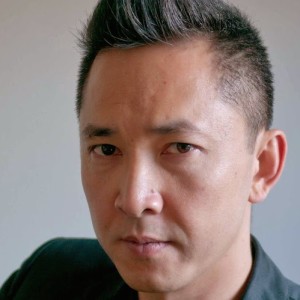 “ALL WARS are fought twice,” Viet Nguyen has written, “the first time on the battlefield, the second time in memory.” Born...
© LitHub
Back to top