Manuel Muñoz on Learning to Live with Desert Storms

I’m afraid of lightning. Unreasonably so. During monsoon season here in Tucson, my anxiety builds in July, in August, when the height of the storms hit the desert. I’ve learned to watch the skies and time my movement outdoors. I’ll stay in the car if I’m caught in a parking lot during a downpour—I didn’t grow up in weather like this, booming skies and rain with weight. All June, we build toward this season. High clouds out in the distance, a stray bolt every once in a while, but nothing holds together to build into a storm. I was out on my evening run and I remember seeing stray strikes here and there in the Catalinas, the range on the north side of town. Not long after, the fires started. It was the first week of June.

I live on the east side of town, a good ten miles from where the fires first began. At night, I was startled to see the rim of a canyon lit up from so far away, a distinct U-shape, a cruel half grin. I got messages from friends on the East Coast because the pictures were making national news. My sister in California asked me about it, passing on my mother’s worry. How close was I? Was it true that they were evacuating? Parts of town, yes, I told them, but that was miles away. I didn’t want my family to worry, but all they had was what was on television.

Something about the fires did what Covid-19 and the national protests were doing to so many people I knew. I’d been steady and calm all spring, but the fires broke me. Something about how Covid-19 was forcing us to admit our interdependence on each other was actually comforting to me. The national protests affirmed everything I knew about not only the police, but the migra who had deported my father decades ago. It was a strange relief to see so many people own up to what we’d been saying for so long. I knew my white colleagues were watching the same television news that I was. I wanted them to worry, for once. I hoped one colleague, for their sake, would see deeply enough to spot themselves in Amy Cooper.

I lost sleep in the first few days of the fires, though, as far away as they were. I’d pace the kitchen at three in the morning and look out the back window at the ever-changing shapes of the flames. Sometimes, the whole lip of a ridge was outlined in a bright yellow-orange. Other times, fire had dipped so far into a canyon that only a pink-purple glow came up. Once, still awake at near-dawn, I mistook the fire for actual sunlight, startled to see it so sharp and fierce in the coming heat of the day. No more water, I wrote on my notepad one morning, remembering the Bible verse.

When the fire’s edge closest to town was more or less contained, the line moved higher into the mountains, away from homes and infrastructure. In the daytime, the Catalinas were clouded by smoke, a scarlet slash of fire retardant visible on the west slopes. At night, though, the fire’s terrible light showed how much higher and deeper it had gone. At one point, it seemed to stretch across the entire length of the range. Uncontrollable. Cataclysm was a word I scribbled a few times over coffee as I began my days, trying in vain to concentrate on my week’s work.

When I was little, a wave of storms came off the California coast and into the Valley. Our family sat around a kerosene lamp all night in the dark, the uninsulated walls of the house creaking and shifting. My sharpest memory of that night was using the bathroom, which was part of the enclosed back porch, and sensing the storm at its most potent. The lone casement window pressed up against the frame with every blow; I could hold up my fingers to the edges and feel the needling rain pressing inside. The next morning, trees were down across town—to this day, a prima fears the wind because of those storms—and I tried to make sense of my family’s joking about the house staying upright. I remember it as a kind of small miracle.

That’s how it’s been, all June. I look out at the mountains and the fires and some story circles in my head.

That might be what is bothering me most about the fires right now. It’s June 29th and they’ve been burning all month. When I speak to friends about it, there’s a resigned air about the topic—we’ll have to wait until the monsoon starts, let nature cancel out nature. Another kind of small miracle, I suppose. I don’t know what kind of sense to make of that.

Or maybe I do, given that I usually have a faith in things working out. One sister works for county services and is understandably nervous about going in to work. “Put on your mask, hermana,” I tell her, “and just take it day by day.” I sense that my voice calms her a bit, but maybe it’s enough. When the TV news shows pictures of the protests against police brutality all across the country, I have a sense of relief of not needing to explain much of it to my mother. She has her stories: the yellow 1974 Duster confiscated in El Centro as she tried to get my father back home, echando madres at the agents rather than getting a lift from them into town once they released her from a couple of hours’ custody. She hears my stress and exasperation with my job, with the people at work, but it’s too complicated to bother to explain what it’s like to get diversity reading lists from white colleagues. It’s minor, anyway, in the greater scheme of things. “I still have my job,” I tell her because, in times like these, she recognizes that jobs are the first things to go up in smoke.

I speak to her every weekend. This time, I ask her advice about a family member who needs some help and whether or not I should pitch in. In my notebook, I notice a scribble from a meeting: “those of us with family at home,” someone had said. That’s most of us, I had written to myself, single and alone in the desert. For all the new awareness at work, people still say stupid shit. There was still someone worrying about me, I imagined myself saying in a Zoom meeting. Still someone depending on me. My dad in his post-stroke days. A sister who needs daily assistance, whose plans to get an in-home aide through state services now made impossible by Covid-19 for at least a year. My mom who helps them both. She told me this story, in Spanish, about the last Social Security check that my grandmother cashed before she died: “She had figured out all the bills and told me to pay this and to pay that, but she told me to keep the last hundred for myself, just for me. I never spent it. I still have it, stashed away, and no matter how bad things got, I never, ever touched it.”

That’s how it’s been, all June. I look out at the mountains and the fires and some story circles in my head. I try to make meaning of it. Tonight, four hot orange spots, more to the east, and high up. I keep coming back to the same words: resiliency, faith, miracles. No matter what goes on in the world, I find some way to make it recall my family. I can conjure my mother’s face, very young, sitting in the middle of the bench seat of the family pickup, her father on one side, her mother on the other. Stopped by the border patrol and made to wait in the Texas heat, all three of them US citizens.

Once the fires go out—all of them—I hope I can get back to a restful sleep.

Manuel Muñoz is the author of a novel, What You See in the Dark, and the short-story collections Zigzagger and The Faith Healer of Olive Avenue, which was shortlisted for the Frank O’Connor International Short Story Award. He is the recipient of fellowships from the National Endowment for the Arts and the New York Foundation for the Arts. He has been recognized with a Whiting Writer’s Award, three O. Henry Awards, and an appearance in Best American Short Stories.

What We Remember When We Feast Beside a Plundered Sea

Parul Sehgal on Stealing Forbidden Books From Her Mother's Library 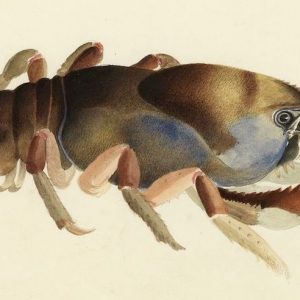 What We Remember When We Feast Beside a Plundered Sea When viewed over the distance of time, our ability to harvest the sea has grown in a steady arc of improvement. But in the day-to-day...
© LitHub
Back to top