Let’s Hope for the Best 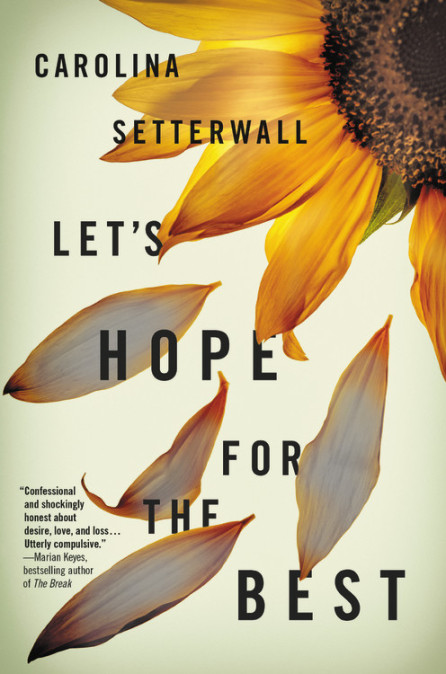 The following is from Carolina Setterwall's autofictional debut novel Let's Hope for the Best. When her partner suddenly dies in his sleep, Carolina spends the next months reminiscing on their falling in love and meticulously chronicling her grief process, including a new attempt at making love work. After studying Media and Communication in Stockholm and London, Carolina Setterwall has worked within the music and publishing industries as an editor and writer. She lives in Stockholm.

I still haven’t slept since you died. Ivan will only sleep, probably because of the turmoil of the past few days, when he’s in direct contact with my body. Maybe that’s his way of dealing with the sudden absence of both you and me during the days. I’m there for him during the day, and yet not. My stepmother feeds him and changes his diaper. I hold him in my arms, nurse him. I try to play with him. When I take walks with my friends, I wear him in his baby carrier. I put my coat around both of us. He giggles and laughs. But I need breaks often. Then my stepmother steps in again. At night it’s just us, and he nurses almost the whole time. If I try to sneak away from him, he wakes up and cries, will only go back to sleep when my breast is between his lips again. As for me, I don’t sleep. It’s Thursday now, or Friday, depending on how you count.

Just like last night, and the night before that, my thoughts rush continually. But unlike the first night, they’re more logical. I don’t get stuck in a loop as often, don’t freeze up in the same way as the first day. But I never reach any final conclusions. My thoughts race by, one after another, and end up all over the place. Many of them end in exclamation marks. You died! You died! I can’t believe you died! You just died! Suddenly you were dead! Dead!

I suspect it’s the adrenaline I feel pumping through my body.

Heart palpitations are replaced by nausea and pain in the upper part of my chest. It’s hard to take a deep breath. My body, which seems to be telling me to run, keeps bumping up against my brain, which has no idea where to go. I don’t know where to go. I can’t seem to grasp the situation. So I stay where I am, in the darkness next to Ivan. My mind full of exclamation marks.

On the third night alone, my thoughts are all about Ivan. His future. My future. Our future. Where should we live? How will I be able to work full time while raising a baby on my own? Can I afford to work part time? Should I move to a smaller apartment? Should I get a nanny? Could I afford that if I cut out everything else, everything I used to spend money on? Should I move to Uppsala to live near my stepmother and mother? And if I did, would I commute to Stockholm or quit my job? Would I be able to make friends there? Or should I stay close to my friends but farther from what little family I have? What kind of childhood is Ivan going to have? How can I make it a good one under these terrible conditions? How will I manage to heal enough to protect his childhood from unprocessed grief and trauma? I line up the course of events in my head, trying to sort it all out.

I think of our last words to each other the night before you died. I can’t remember if we kissed when we said good night.

That haunts me. When was our last kiss? Why can’t I remember it? Why did I take it for granted? I wonder what your last thoughts were before you fell asleep, and if you were unhappy. I wonder again if you woke up just before you died. Were you in pain?

In the darkness, my eyes are drawn to the place in the room where our bed used to stand. Where your ankle stuck out. Where your face lay on the pillow. Your eye half open. I wonder if it’s really a good idea that I’m lying here, in this bedroom, when we have another one. We could stay in Ivan’s bedroom. I could move back there. But that feels like losing. Like a defeat. Like if I can’t take back this room, I can’t take back my life. I decide to decide tomorrow. I can take one more night without sleep. I managed to go five days in a row after Ivan was born. The clock ticks toward five. Soon it will be four whole days. Soon the sun will rise.

Another thought keeps circling. Contempt whispers inside me. A stern voice tells me I’m to blame. I’ve made my bed, and now I need to lie in it. In my misery, in this room that echoes with death and guilt. It’s only fair. This is my fault. Maybe I’ll spend the rest of my life atoning for my sins. Ivan will never have a father again. I ran him over again and again, and in the end he couldn’t take any more. I caused this. Now I have to stay in it. I have no choice but to stay in it.

Excerpted from Let’s Hope for the Best. Used with permission of Little, Brown & Co. Copyright © 2019 by Carolina Setterwall.


Carolina SetterwallExcerptLet's Hope for the BestLittle Brown and Company
Share: 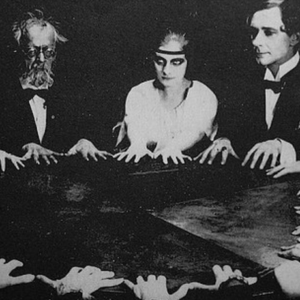