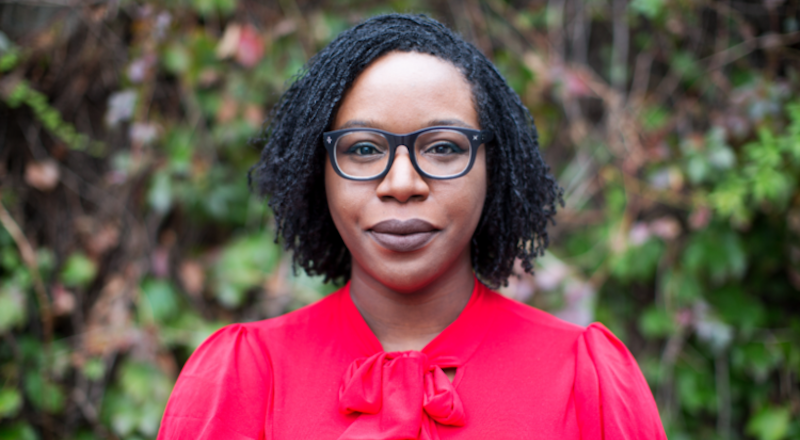 Nigerian writer Lesley Nneka Arimah, author of What It Means When a Man Falls from the Sky, has won the massively prestigious 2019 Caine Prize for African Writing for her short story “Skinned,” which was originally published in McSweeney’s Quarterly Concern in 2018.

Dr. Peter Kimani, Chair of Judges, announced Arimah as the winner of the £10,000 prize on Monday night, describing her story this way: “The winner of this year’s Caine Prize for African Writing is a unique retake of women’s struggle for inclusion in a society regulated by rituals. Lesley Nneka Arimah’s “Skinned” defamiliarizes the familiar to topple social hierarchies, challenge traditions and envision new possibilities for women of the world. Using a sprightly diction, she invents a dystopian universe inhabited by unforgettable characters where friendship is tested, innocence is lost, and readers gain a new understanding of life.”

The Caine Prize aims “to bring African writing to a wider audience” and “to connect readers with African writers through a series of public events, as well as helping emerging writers in Africa to enter the world of mainstream publishing through the annual Caine Prize writers’ workshop, which takes place in a different African country each year.”