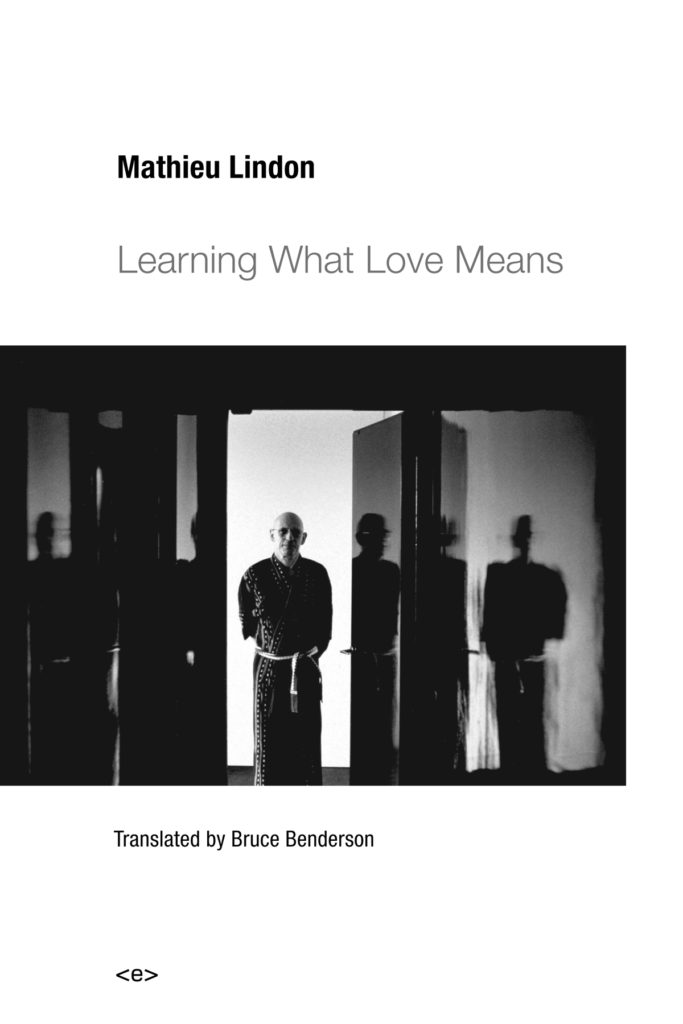 The following is from Mathieu Lindon’s book, Learning What Love Means. A brilliant meditation on friendship, Learning What Loves Means provides an insight into a part of Foucault’s life and work that until now, remained unknown. The book won the prestigious Prix Médicis in 2011 when it was published in French. Mathieu Lindon is the author of nineteen books and a staff writer for Liberacion.

“Do you feel something?” says Gérard.

“No, maybe the coffee a little,” I say, while snifﬁng to get a better idea. “I’m waiting for you outside,” I add as I walk out of the store.

We’re spending a week of vacation in New York, where Gérard has a good friend, a girl named Immy, who gave us some LSD that we took three quarters of an hour ago. The question has to do with the effect of the drug that I ingested trustfully but actually didn’t know anything about—for me it’s the ﬁrst time, and I don’t know what’s going to happen. When Gérard ﬁnds me a minute later, I’m lying spread out full length on Broadway and people are stopping to ask if I’m o.k. Surprised that they think it makes sense to speak to me, I answer yes (in English) with an enormous smile. The entire day is a miracle, a mental and emotional explosion that enlarges my horizons. As planned, we take a taxi to join Immy in Central Park at Seventy-second Street, but we don’t manage to indicate the address for the driver—“sixty douze,” “seventy deux,” “sixty-twelve”—we get caught up in confusion and laugh and then laugh at our laughter. Despite all this, we manage to arrive at the right place, and from all evidence we’re ﬁrst, so we look for a comfortable spot to sit. We’ve barely chosen a patch of grass to sit on when we get back up, because the grass next to it is greener and thicker; but as soon as we move, the new place won’t do either, because the grass farther away is even better; and we continue this endless migration until we realize that our angle of vision is what makes the difference—the grass is the same everywhere.

Immy takes us to an apartment equipped with a lavish bathroom. Both of us sit down at one end of the big tub and turn the water on, letting it run in an attempt to ﬁnd the most suitable temperature. And that goes on forever as well because it’s too hot and we add cold water, and then it’s too cold and we add hot water, and then it’s perfect but it gets cold from the loss of heat and our getting used to it. We laugh buckets, producing a much greater feeling of well being than what the water and its temperature are likely to bring. We’re looking for an ideal balance—the acid demands that we do.

Michel’s apartment is miraculously the concretization of that ideal. We know it because taking acid keeps on there. Its space and its layout make it a dream place for that kind of pleasure. We take a thousand precautions. Gérard has told me a lot of stories, the risk of everything getting out of hand, the possibility of the situation becoming as horrible as it can be marvelous, and it’s perfectly understood that if one of us at the last moment prefers not to take the drug, he won’t incur the slightest protest. There are four of us, Marc, Gérard, Michel and I, and no one turns it down. All of us describe the acid coming on—it requires about an hour after taking it for the effect to begin to become pronounced—except in my case, since I’m not experienced and only perceive the changes when they’re so advanced it’s impossible to deny them. There’s a corner of the apartment against the picture window, next to the record player, where we gather on four armchairs with cushions while listening to Mahler’s ﬁrst symphonies. That music has an element of the fairground to it, and this added to its high quality perfectly matches the violent sweetness of the paradisiacal moments. There’s no greater teacher than LSD to turn you into a music lover, and you live that music intensely. The comedown from the acid is less pleasant, and we sit around a bit irritated while rediscovering our old consciousness, which closely resembles melancholy. But this additional intimacy enchants all four of us.

We’re better prepared for the next session. Gérard has gotten hold of some opium to smooth the coming down from the LSD. Also, both of us have gone and rented a projector, a screen and two ﬁlms—one for the acid and one for the opium—which we bring to the apartment. We’re the same four as last time, and once more I’m the last to recognize the feeling of getting off as we again listen to Mahler. Next we move on to the ﬁlm with the Marx Brothers. Only we’ve made the mistake of not having set up the screen and, especially, the projector with the ﬁrst reel before the showing, which is to take place at the other end of the apartment in the studio where Thierry lived. Marc, gifted with a sense of the practical, is trying to do it, but that initiates a spell of nuttiness during which we laugh our heads off, our state of mind making it unlikely to pull off this kind of technical manipulation. After the ﬁlm, which is a hit, there’s a game of Pick-Up Sticks on the living room carpet. It’s very difﬁcult to play anything at all during an acid trip because you can’t ever be sure of keeping the rules in your head or of using them to be a good arbiter, and should you really trust your hallucinating eyes? Never have laughter and meticulousness been so combined. When it’s my turn to play, I bend over backward to do it well, as to me it seems a moral test that, far from wanting to escape, I’m exceptionally happy to confront. Consequently, I think I’m showing myself under my best light and am stunned when Michel says, “There, that’s enough,” with the evident agreement of Gérard and. Marc. Apparently, without my realizing it, the sticks have moved as much as they can for a long time. But what signiﬁes a long time when temporal distortions are added to visual ones? A second later, we’re laughing like druggies.

The idea of the opium is inspired because it avoids having to put up with a sort of energy you no longer know what to do with after acid. Given the fact of how strong LSD is, you would willingly go to sleep if you didn’t feel so tense; but instead of that, we slip little by little into a strange softness, the extraordinary mental activity of the past moments mutating into an unexpected serenity. One of us is homosexual and in his ﬁfties—with three young men, two of whom are heterosexual. Nothing feels oppressive, even for me. However, Gérard’s favorite ﬁlm, which we watch during our ﬁrst opium session after acid, is Citizen Kane; and it’s especially moving and successful in these circumstances. After the showing, I talk to Michel in the big room and he sings the praises of the old friend of Orson Welles played by Joseph Cotton; whereas I play the smartass and act the cynic with whom you can’t get away with such things. I defy how I’m really feeling and say that the character’s diehard moral stance has a pain-in-the neck aspect, as if I tend never to trust virtue, whereas in truth I adore it in this instance. A beautiful life is like the one Joseph Cotton is portraying. Next, I’m afraid there’s been a misunderstanding that has falsely reduced my image in Michel’s eyes, the same one I just pieced together. But losing our minds and discovering others, recycling ones from the past—for us it’s all good. Nor is our respect for Michel a drawback. Sharing acid is a relationship of a superior order in itself, inaccessible to most. Michel is always peerless, and from that perspective, drugs have no effect on him.

From LEARNING WHAT LOVE MEANS. Used with permission of MIT Press. Copyright © 2017 by Mathieu Lindon (trans. by Bruce Benderson) 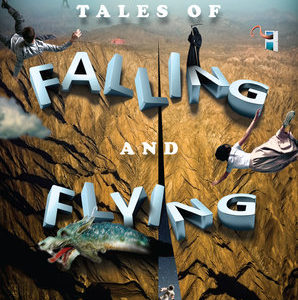