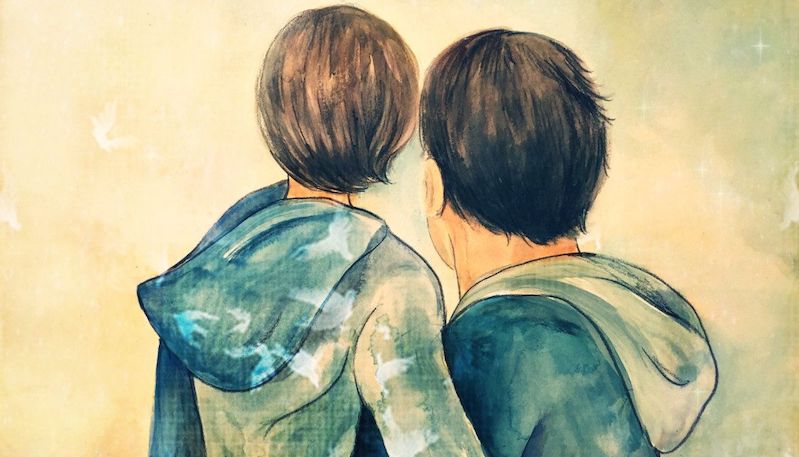 Shortly after my daughter was born in 2011, I was on the phone with one of my closest poetry friends, who said to me in passing, “So, are you going to become one of those poetry parents now, who only writes poems about his kids?”

He was joking around. But for much of my wife’s pregnancy I’d been trying to anticipate how parenthood might (or might not) affect my relationship to poetry, and my friend’s question only reinforced my sense that I wanted to avoid writing about parenthood as much as possible now that my daughter was out and in the world.

At the time, my third collection, The City, Our City, was about to be published. It was a book-length project set in a semi-mythologized city, and it tried to capture a range of individual voices from multiple moments inside “the City’s” history. It was the sort of book that strained under (or got crushed by, depending who you asked) the weight of its ambitions. I had finally begun writing poems that addressed “large-scale” “public” subject matter and that incorporated my long-standing interest in history. (I had, in fact, been a history major in college.) I certainly didn’t want to turn from that sort of book toward “little” poems about my daughter learning to crawl.

I also worried that my daughter would grow up to read whatever poems I might write about her. I’ve always felt a little squeamish about the personal exhibitionism of Confessional poets, particularly when their lives come in contact with the lives of others. I’m not trying to open a debate, here, into any thorny ethical questions. But for me, my daughter—even at a few months old—was an individual with a clear locus in the world that she would only inhabit more fully as she got older. Unlike my wife, my daughter wasn’t able to nod (or withhold) consent to whatever poems I might write about her. She was certainly my child, but I was already wary of treating her—both in life and on the page—as an extension of myself.

My daughter wasn’t able to consent to whatever poems I might write about her. I was already wary of treating her as an extension of myself.

What’s more, a poem that simply articulated love or admiration would, I feared, be uninterestingly light or one-dimensional—a family snapshot. (I love so many poems by Galway Kinnell, but his heavily anthologized “After Making Love We Hear Footsteps” has always seemed to me flat and sentimental.) Alternately, a poem that focused on difficulty, or awkwardness, or ambivalence about parenthood might not be an artifact I would want my daughter to read at some point down the road.

But poets don’t really choose their subjects, and it quickly became difficult to keep my daughter (and later my son, born in 2015) out of my poems.

At a certain point, I realized that what I wanted to avoid wasn’t so much writing about my children as it was writing about them in domestic isolation. The sense that children are contained inside their parents’ reality is an illusion of home life—where the walls are paid for by the parents, the food is provided by the parents, and thus the children’s lives seem to be encompassed by the parents’ overarching narratives. Even under the best of domestic circumstances, right under their parents’ noses, children are constructing their own hidden interior lives.

And, of course, the plodding stability of daily domestic life is at least partially an illusion. My parents divorced when I was eight, and my father soon moved across the country; by the time I’d finished high school, he’d married and divorced two more times. Meanwhile, when I was a teenager my mother was deeply ill, and I was mostly on my own for many months. Worse, when my wife was 12, her single mother died, leaving my wife to be passed around among aunts and uncles until she finished high school. Both my wife and I are well aware of the tenuousness of domestic life. It’s something we often think and talk about—particularly now that we’re parents.

In fact, focusing on these sorts of illusions, uncertainties, and disconnects is how I began writing about my children. As I watched my children grow, I realized that my poetic interest in them was mostly in how they sought the world beyond my wife and me, and how each of them was a world beyond us—even as we encircled them with our lives. We were simultaneously at the center of the world they looked at, conduits to the world they looked at, and barriers between them and the world they sought. To be all of these contradictions at once is what parenthood is, I began to realize—a paradoxical entanglement. Any poems I might write about my children would need to take all this complexity into account.

As I watched my children grow, I realized that my poetic interest in them was in how they sought the world beyond my wife and me.

When my daughter was not yet two she was obsessed with books. When I read to her, she would often reach her fingers toward the open book in front of her and try to pluck the images out of the page. She wanted so badly to possess tactilely the objects that lived in the world of the book, which to her seemed three-dimensional but somehow kept resisting her. It was, for me, an immediate metaphor for her relationship to the larger world around her—which was like a book her mother and I had opened and that she kept trying to enter. This idea became the first poem I wrote about my daughter back in 2013.

A more recent poem, “Parable of Childhood,” from my new collection We the Jury, tells the story of a boy whose dog has recently died. Each time his parents bury the dog in the back yard the boy digs her up again, refusing to let his parents’ attempt at closure control his experience of the dog’s death. The “lesson” (if I can call it that) of the narrative is that the boy—and only the boy—will control his curiosity and his memory, that he can employ them however he wants, “no matter what his parents [say].”

When I first read this poem at a reading, a woman in the audience asked me during the Q&A, “Are you the little boy in that poem?” “No,” I replied, “I’m sorry to say that I’m the exasperated father.”

In fact, though, I’m the father and the boy. I know my children partially through the empathetic imagination granted to me by my own childhood. And, at the same time, one of the great benefits of becoming a parent is that I’ve come to understand my own childhood more clearly by watching my children move through the ranks of ages I once was.

I know my children and don’t know them; they know me and don’t know me. We look at the world together and separately, attempting to make sense of it as it contains us and resists us, and as we contain and resist each other.

The fatherhood poems I admire (and try to emulate) tend to fall into one of three categories. The first—and perhaps most interesting to me—are what I call “triangulation” poems, in which the parent thinks about the relationships that exist between himself, the child, and the exterior world that hangs between them. A classic example is Samuel Taylor Coleridge’s “Frost at Midnight,” in which Coleridge thinks about the many changing seasons ahead of his newborn child, the myriad visual details the child will see and think about—details that at times will fail to collect, but at other times will be hung from the eaves by “the secret ministry of frost . . . in silent icicles,” creating in his son just the sort of lasting image that has captivated Coleridge’s own, separate mind. As such, the father and son will at times have been struck by the same small details without either knowing it.

The second poem type focuses on the unbridgeable gap that exists between parents and children. Since long before I became a parent, I’ve loved Michael S. Harper’s incredibly sad and haunting “We Assume: On the Death of Our Son Reuben Masai Harper.” In this poem, Harper’s son lives only “28 hours” “in a collapsible isolette,” and in that time Harper feels so acutely how small his son’s world is—“pure oxygen / as the natural sky,” dreams “like crooked palmprints on / the twin-thick windows of the nursery[.]” His son’s limited world excludes the identifiable presence of his parents, though they hover right above him for the totality of his life. “We assume / you did not know we loved you,” the poem ends—which drives home for me the stakes of parenthood and the expanse that exists from the very beginning between parents and children. The poem operates, at least for me, as an injunction for those of us whose children have survived into childhood. If we are lucky enough to have the opportunity to do so, we must project love into the mysterious wells of our children, though so often it will be impossible to see that love land.

The third sort of fatherhood poem I’m drawn to offers a kind of mirroring—in which the poet thinks about his own childhood in the context of his children, and his children’s childhoods in the context of his own. One example I love is William Matthews’ “A Happy Childhood,” in which Matthews explains, “[F]or twenty-one years I had a father / and then I became a father, replacing him / but not really.” The poem employs Matthews’ signature improvisatory chattiness as it thinks about these three generations, Matthews in the middle. In the last section, when Matthews writes, “The boy sleeps with a thin chain of sweat / on his upper lip, as if waking itself, / becoming explicit, were hard work,” it’s not entirely clear if the boy that’s being described is Matthews as a child or Matthews’ child.

And that’s the point.

Of course, many successful fatherhood poems don’t fall discretely into just one of these categories. Coleridge’s “Frost at Midnight” also involves a mirroring between father and son; Matthews’ poem ends “Who knows if he’s happy or not?”—emphasizing the child’s unknowability. Parenthood is a complex entanglement of paradoxes, limitations, separations, overlays, and revelations—all of which, despite my early resistance to writing about my children, turns out to make parenthood a layered and thrilling subject for poetry. 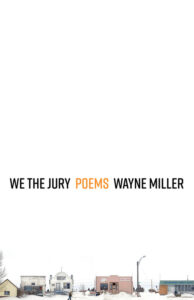 We the Jury by Wayne Miller is available now from Milkweed Editions.

Wayne Miller is the author of five poetry collections, most recently We the Jury (Milkweed, 2021) and Post- (2016), which won the Rilke Prize and the Colorado Book Award. He has translated two books by Moikom Zeqo, most recently Zodiac (Zephyr, 2015), shortlisted for the PEN Center USA Award in Translation. He teaches at the University of Colorado Denver, co-directs the Unsung Masters Series, and edits Copper Nickel. 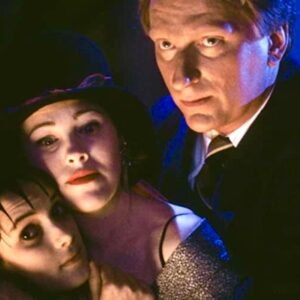