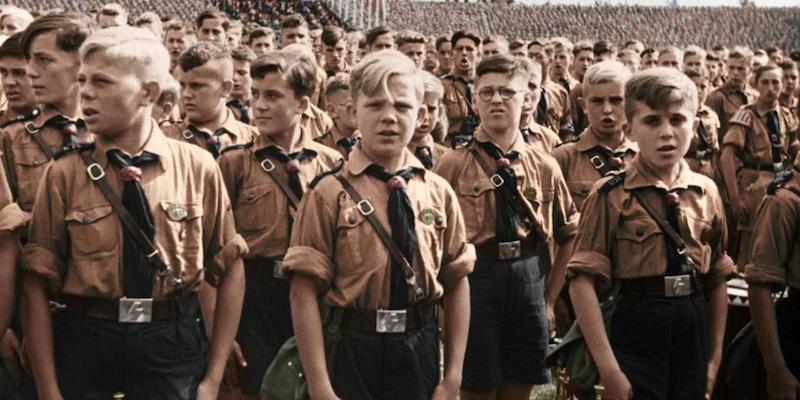 Learning to Decipher My Father’s Past in Nazi Germany

L. Annette Binder on the Difficulty of Researching Family History

When I first started work on my novel, I came across a photograph of my father taken in 1944. He’s wearing a Hitler Youth uniform in the photo. I hadn’t known he’d been in the Hitler Youth, but given that service was compulsory for most boys by the end of the war, I shouldn’t have been surprised. It wasn’t the uniform but the expression on his face that captured my attention. He was just a boy of 13 or 14 in the photo, but I knew him by his eyes. I recognized the sadness in them because it was still there when he was an adult. I saw it every day. I saw it even when he was smiling or telling a joke, and I sensed that my father’s sadness and the novel I had just started writing were somehow intertwined.

My father died when I was sixteen without ever having told me about his early life. His silence seemed perfectly normal at the time. My childhood was filled with contented silences. It’s only now that I have a child of my own—a daughter who’s always asking about my childhood in the 1970s and 80s as if those times were distant as ancient Rome—that it strikes me as a little odd that my father told me nothing and I never thought to ask him. And so finding his photograph seemed very significant to me. I set aside my writing and began to research my father’s life. I need to know his story, I told myself, so I can write my book.

I learned what I could from my mother and my aunt. I spent hours scouring the family photos and my father’s school notebooks and his grandfather’s journals and the racial purity notebook my father had to complete tracing his ancestry all the way back to his great-great-grandfather who was born in 1819. And though I learned about his life—he didn’t want to be part of the Hitler Youth and ran away from his post near the end of the war, his father was brutally strict and his brother was captured by the Soviets—the stories were partial and there was no telling how much was true and how much was family mythology. Everyone who had any firsthand knowledge of the events was long dead, and all the documents I gathered only underscored what I already knew: My father’s life was a mystery to me and always will be.

The books came next. Brave and compelling books written by men like Alfons Heck who’d been in the Hitler Youth and who, years later, came to terms with their childhood indoctrination. Scholarly accounts of the German civilians’ complicity during the war, the chronicles of the City of Würzburg from 1945, old railway maps. Nazi newsreels and CDs of  speeches and German radio broadcasts from the era. I spent months researching, and there was always more to find. And in the midst of all those hours reading and note-taking and setting push-pins into maps, the photo of the Hitler Youth boy with the dark eyes began to tug at me. His gaze was almost a rebuke. Get started, he seemed to be saying. Quit reading all these books and go tell a story even if it isn’t mine.

My research and my writing both raised the same question: How could people go on with their lives when the horror was all around them?

So that’s what I did. It wasn’t easy setting aside my comforting stacks of books and looking at a blank computer screen instead. I was scared. I’ve never bungee jumped or parachuted, but sitting at the keyboard was pretty much how I imagine it would feel to sit in the open belly of a plane waiting for your turn to leap. But here’s the thing I figured out at some point during my first draft: The only things I need to know are my characters. And the only way to get to know them is in the writing. It’s as simple and hard as that. If I didn’t start writing, they’d never have the chance to tell me what happens in their story.

My early research found its way into the book, of course. Many of the stories my mother told me became the characters’ stories, too. She’d told me about a mentally ill old man who used to stand by the bridge and shout and gesticulate, and all the local children mocked him. He was “made in the sauce,” people said, because his parents were probably drunk the night he was conceived. My mother mentioned him only in passing. He was just an obstacle for her to pass on the way to accordion lessons across the river, but this man and the casual cruelty he endured stayed with me and became part of a central scene in the book. The scene from which the book gets its name and which raises the larger questions about collective guilt and silence that so preoccupied me as I wrote.

My other research found its way in as well, often in unexpected ways. The newsreels that transfixed me became the same newsreels that Josef, the father of the Huber family, watches obsessively. He’s been booted from the Volkssturm near the end of the war because his forgetfulness makes him a liability, but rather than tell his wife what happened, he pretends to go to work and then sneaks off to another town and watches the news instead. When I wrote these scenes, I went back and watched the same newsreels Josef would have seen week by week in early 1945, and I was able to imagine how he might have felt watching them alone in the theater.

Alfons Heck’s writings about his time in the Hitler Youth helped me imagine the stories my father didn’t have the chance to tell me. Heck’s book—A Child of Hitler—gave me a better idea of what life would have been like for the younger Huber son, Georg, who—like my father—ran away from his post near the end of the war and ended up interacting with the American soldiers who came through Germany after its defeat. So, too, the first-hand accounts of the Allied bombing of German civilian centers affected me deeply, and I knew the bombing raids would play a role in the book, though I wasn’t sure how. I didn’t find out until I wrote the critical scene in which the RAF firebombs the city of Würzburg and thousands of German civilians were killed.

Perhaps the Psychiatric Clinic in Würzburg haunted me the most of all my research. At this clinic on Füchsleinstrasse, the Nazis systematically starved and murdered mentally ill patients. The older Huber brother ends up there, and though Etta, the mother of the Huber family, doesn’t know the details of the atrocities, she understands all too well the danger the clinic poses to her son. The Nazis sent the bodies of the murdered patients—many of them young and otherwise healthy—to the medical school for use in dissection lessons. Evil lived in the heart of the city, and ordinary people just blocks away went about their business. They used their ration coupons to buy what milk and eggs they could find. They went to the movie house—The Offender is Among Us with Paul Dahlke and Margot Hielscher and Murder in Venice were on the marquis in the days before the bombing. My research and my writing both raised the same question: How could people go on with their lives when the horror was all around them?

It took eight years to write a first draft of The Vanishing Sky and then it sat in a drawer—my drawer novel, I took to calling it—for another eight years, and all the research I had to do during the drafting and revision is a big part of why it took so long to finish. But whenever I found myself lingering over the books, taking obsessive notes about the Allied bombings or the cigarettes and radios and recipes from the era, I stopped myself and returned to my characters. Research is necessary, of course, especially when writing historical fiction. But it’s also dangerous. It’s too easy to end up like one of the lotus-eaters stranded on a distant island, your story receding ever farther into the distance.

It’s a little surreal to see the novel out in the world now. I started it when I was barely in my thirties and I’m almost fifty-three—exactly the age my father was when he died. I wish I could show him the book. I wonder what he’d say about it. Knowing him, probably not much. 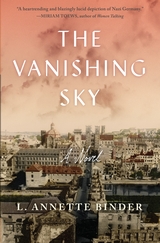 The Vanishing Sky by L. Annette Binder is available via Bloomsbury.

L. Annette Binder was born in Germany and grew up in Colorado. Her story collection Rise received the Mary McCarthy Prize. Her stories have appeared in the Pushcart Prize Anthology, the PEN/O. Henry Prize Stories, One Story, American Short Fiction, The Southern Review, Third Coast, Fairy Tale Review and others. The Vanishing Sky is her first novel. 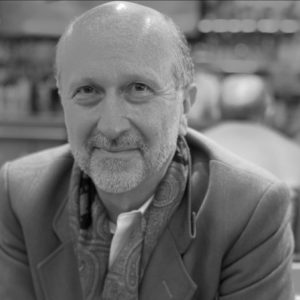 Tonight, all over the world, dictators, war criminals, and bullies with bad taste can breathe a sigh of relief. Tonight their...
© LitHub
Back to top
Loading Comments...