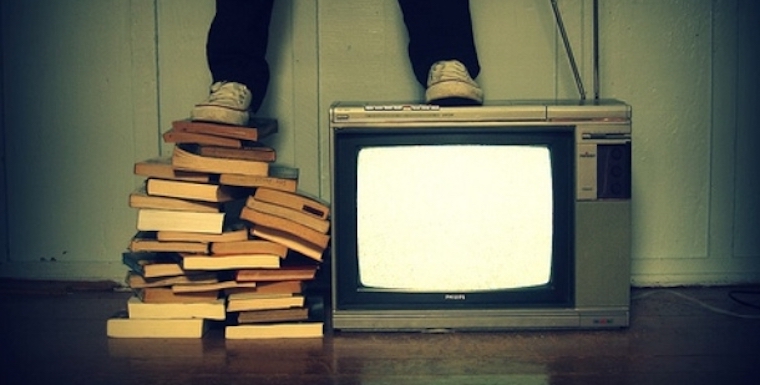 Evany Rosen on Assembling Her Own Personal Writers Room

I remember exactly where I was when I finished the final chapter of my book, What I Think Happened. It was three in the morning and I was pants-less, on my friend Caitlin’s couch, drinking a white wine spritzer, and painfully aware that I was several weeks past my already extended manuscript deadline. When Caitlin woke up several hours later to find me in the same position, (eyes bloodshot, painfully hysterically laughing from lack of sleep, and still drinking white wine), she calmly took my laptop and read the chapter I had written through the night. She then coherently discussed with me which parts were incoherent, and how I might rescue some element of what I’d written from the smoldering wreckage that remained of my imagination. Caitlin was among a handful of close friends that got me through similarly deranged moments throughout the writing process. And I can say with complete certainty that it was those moments that got me through the experience of writing my first book. Those small islands of collaboration in the otherwise vast sea of solitudinous writing in which I was drowning. I cannot say whether or not that is true for other authors. (Unfortunately, I forgot to ask.)

As far as my professional credentials go, I am first and foremost a comedy and television writer. So I was a bit surprised when I was approached by my friend Charles to write the inaugural book for his humor imprint, Robin’s Egg Books (under the umbrella of Arsenal Pulp Press). But he seemed to have confidence in me, and obviously it was a thrilling if not intimidating opportunity. And besides, I was already a writer, right? This was more of the same. Surely I’d be able to figure it out. Of course, it was only after I had accepted that I very quickly discovered that writing for television and writing a book have literally (and literarily) almost nothing in common. Besides the fact that they both usually require a laptop, nothing about these two writing disciplines is really approached in the same way. They don’t even use the same software.

Now to that end, every show I have written for is different from every other. Sketch shows. One-hour dramas and half-hour sitcoms. Reality TV (yes they have scripts). What they all do tend to have in common, is that usually there is a “room.” A place you go to meet with the other writers who also write for the show, and pitch stories, work out the arc of the season, or come to a consensus on the various relationships among the cast of characters. It is fundamentally collaborative. Now that doesn’t mean you don’t still do the writing by yourself. And while that part of the process is solitary, and is much of how we gauge a writer’s individual strengths, there are still checkpoints at each stage, and other voices to guide the process. First you submit an outline and when the showrunner, network, and anyone else who feels entitled to have an opinion gives their notes on it, you take those and incorporate them into your first draft. Which you then submit to the same scrutiny, and so on, until you create a second draft, polish, second polish, etc. until a production ready script exists to be handed off to the directors, actors, and various departments that will make it a reality. And no matter how good a writer you are, it will always ultimately be their reality. For even one script to become a functioning piece of television, an enormous number of people will have to be involved.

But a book. You live and die alone by it’s content from pitch to publication. Which is not to discredit the incredibly important role of the editor, the publisher, the layout artist, designer, sales team, everyone. But publishing being, on the whole, much more liberated than network television, likely means that while you will be getting notes on your writing, by the time your editor is editing, the book deal has been signed and the thrust of the content has already essentially been agreed upon. No one is going to say, “Well could this chapter skew more towards males 18-24?” Or, “do we have to actually say ‘abortion’?” Or, “I know you’re already halfway through writing and that this doesn’t really make sense for this part of the story, but could the male villain actually read as a sassy but non-threatening black woman over fifty?” That’s not what a book is, and that’s not what an editor does (they do a lot, it just . . . usually is in service of the book you thought you had agreed to write in the first place). With so fewer masters to please, authors are meant to be just that—the sole architects of their own ideas. Which sounds thrilling if you’ve spent your career as a utility television writer. And it was, at first. But I quickly realized that when it came to being creative, I had never really been the sole architect of anything.

Don’t get me wrong, I’ve been a standup comedian for years, I’ve co-created and sold my own shows. Prior to my book I had, at least in some small measure, learned how to generate ideas by myself. But there was always the instant feedback of the audience to tell me where I’d misstepped, and I’ve never created a show without a co-creator, because it’s how I (and my co-creators) like to work. So the book was a new animal. Charlie had approached me to pitch a book of humor essays about essentially whatever I wanted. After some consternation, I suggested that, from my loose perspective as a semi-failed academic, I write a book of humor essays “about history.” There was no development budget (other than my advance), I didn’t get to bring in a team of writers to help me flesh out what that idea meant, I wasn’t constrained by casting or demographics. It was happening.

But as my deadline loomed ever closer, and my book remained unwritten, I knew that I had to devise some method or process to figure it out. And so, out of options, and desperate for a lifeline, I did what I had always done—I collaborated. Thanks to my years in the comedy and television industry, I was lucky enough to already be surrounded by friends who were talented writers in their own right. I had a best friend who was also my creative partner (and who actually appears in several chapters of the book), I had a brilliant romantic partner with years of comedy experience under his belt, I had people like Caitlin whom I had befriended after years of admiring her own work from afar. I did what any self-respecting comedy writer turned author would do—I put my friends through hell. I made them brainstorm every possible angle of every possible chapter. I made them listen to me repeatedly explain how and why the Boston Tea Party is maybe funny. Through many emails, late night phone calls and bribes of a hot meal and free beers if they would just talk about it with me one more time, I made them into my writers room. With their patience, insight and support I made it all the way to that final rushed chapter on Caitlin’s couch. I finished a whole book (it’s short, but it’s whole). And, through the thin film of self-hatred afforded to all writers, it is a book I actually like. In moments, I’m even proud of it.

And while there are many, many things I would do differently with the power of hindsight now on my side (I mean, the fact that I started my process by forgetting to ask what a “process” was is pretty telling) I nevertheless truly cannot imagine having completed my book any other way. Much as it is mine, much as it is the largest and most solitary piece of work I have ever created, much at it is entirely and fundamentally in my “voice”, there would have been no voice to find without the collaborators in my life.  And I certainly could not write another book without the people who helped me write this one.

Man, they’re gonna be pissed when they find that out.

Evany Rosen’s What I Think Happened: An Underresearched History of the Western World is available now from Robin’s Egg Books.

Evany Rosen is a writer, standup comedian, and founding member of the acclaimed Canadian sketch comedy troupe Picnicface (Comedy Network). She has appeared at numerous comedy festivals as well as in films and on television, and has worked as a voiceover actor in animated series such as Mysticons (Nickelodeon), Hotel Transylvania (Disney), and Cloudy with a Chance of Meatballs (Cartoon Network). Her first book, What I Think Happened: An Underresearched History of the Western World, is the inaugural title published under Arsenal Pulp Press's new humor imprint Robin's Egg Books. She lives in Toronto.

How to Spend a Literary Long Weekend in Boston 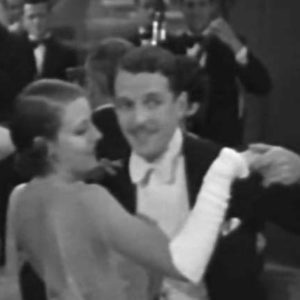 Matthew McIntosh’s theMystery.doc is a vast, shape-shifting literary novel that reads like a page-turner. Rooted in the western...
© LitHub
Back to top