Sharon Dolin on the Fear and Dreams of Her Childhood

Give them pleasure—the same pleasure they have when they wake up from a nightmare.
–Alfred Hitchcock

A summer night in Brooklyn. It is 1963. My father stands outside in the backyard, tending the barbecue near the rose of Sharon that grows along the fence separating our backyard from our neighbor’s. Next to him is a collie: what I called a “Lassie dog” as a child. Like the one that fanged my upper lip and cheek when I was in the first grade, so I needed stitches.

A disembodied voice beckons me. “Look over there—at the man in the window.” I glance over to see a shadowy profile in the ground-floor window of my parents’ bedroom.

It’s Alfred Hitchcock! His bald head and round belly. The same figure I see at the start of his TV show. In the semi-dark, lit up by street lamps that flicker burnt orange, all I can see is the head and upper torso of this darkened figure at the window.

At which point I wake myself up. In those first moments, in the dark, I don’t know where I am. Then I become aware of my sister asleep beside me. I sit up in bed until my breathing slows, and I look over to make sure there is no one at the window.

My Hitchcock dream is the only recurring nightmare I had as a child. Or the only one I remember having had. And don’t dreams rely on our remembering them?

“All the things one has forgotten scream for help in dreams,” wrote Elias Canetti. What things have I forgotten that this dream—Hitchcock’s truncated profile—wants me to remember?

Perhaps something about the absence of limbs or body parts, which always terrified me as a child. Or else it is a stand-in for other kinds of forgotten absences—amputations of memory. Memory itself being always partial and therefore, in a sense, amputated.

Or is Hitchcock, for me, the embodiment of fear itself?

Sometimes, dreamwork can take a very long time to begin. For me it has taken 50 years.

Now I see before me the wizened mother of our next-door neighbor in Brooklyn, where I grew up. I lived with my mother, my father, and my older sister on Glenwood Road in Flatlands from the time I was ten. A place where there was no glen, no wood, only roads and numbered streets with attached, two-family brick houses like the one we lived in, a cluster of apartment buildings nearby that we called the Projects, and a few faded green- or yellow-shingled homes like my neighbor’s, whose frail, elderly mother scarcely ventured outside. I saw her only a few times. She was tiny, with a fragile head like a bobble-head doll’s that might wobble and break.

She stands outside by the gate in front of her son’s house, as though that is all she has the energy for, always holding up a flowered handkerchief to cover her neck and chin. Each time I study her carefully without appearing to, and each time I wonder why she holds up that handkerchief.

Until the one time she does not.

What I see just once—and what I keep on seeing—is the absence of the bottom part of her face. She has no lower jaw. No chin.

I probably ran into the house. I am sure I never spoke to her; I am not sure she could speak. But the memory of her, or the memory of what I thought I saw, is indelible.

From Hitchcock I learned early on that nightmares could be made real. That we cover up an absence to suggest a presence. That a normal suburban family may have a serial killer for an uncle. Or that a neighbor across the way may kill his wife and dispose of the body in plain sight. Hitchcock understood absence. He understood the power of the partial view: that a profile, more than a full face, could haunt.

My childhood was filled with absence, haunted by partial views.

Is Hitchcock, for me, the embodiment of fear itself? Sometimes, dreamwork can take a very long time to begin. For me it has taken fifty years.

As a child, I watched Hitchcock’s movies with my parents, lying prone on their bed. My mother Selma was so drugged up with antipsychotics that I picture her mostly lying in bed. My father Irving was a traveling salesman who often acted like a kid to entertain us, telling jokes and dancing around the kitchen table. As a teenager I watched those movies with my older sister Marla in the bedroom we shared. As an adult, I watched them yet again. Hitchcock, whose TV program Alfred Hitchcock Presents entered my neighborhood through dreams.

Now I am returning to Hitchcock in order to make sense of the painful episodes in my life, which often feel as distant and oneiric as a movie. As though I were not only the creator of my story but also its nocturnal spectator in the darkened theater of memory. I have chosen Hitchcock as both lens and shield to help me face trauma: to touch the wounds that have, to reverse Shakespeare’s Romeo, never felt a scar.

Yet I know that no memory is fixed. That our memories are not static pictures we summon up from some mental filing cabinet. Memories, as we now understand, are creations we construct in the moment, influenced by context and motivation.

I am the director behind the camera each time I conjure up and reconstruct a scene from my past. Braiding together my reading of Hitchcock with my reading of my life, I hope the context of each scene will enrich and inform the other. Like Hitchcock, who stepped inside the frames of his movies, I am stepping inside the frame for more than a walk-on role in mine. 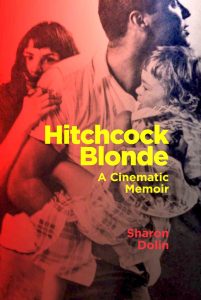 Sharon Dolin is the author of six poetry collections, most recently Manual for Living and Whirlwind. Her fourth book, Burn and Dodge won the AWP Donald Hall Prize for Poetry. A Fulbright Scholar, Pushcart Prize Winner, and recipient of a Witter Bynner Fellowship from the Library of Congress, she has been a fellow at the Corporation of Yaddo, The MacDowell Colony, and the Virginia Center for the Creative Arts. She has taught at Eugene Lang College, The New School, Adelphi University, NYU, Rutgers University, The Cooper Union, and was on the poetry faculty at the Unterberg Poetry Center of the 92nd Street Y for twenty years. Sharon Dolin lives in New York City where she is Associate Editor at Barrow Street Press and directs Writing About Art in Barcelona. 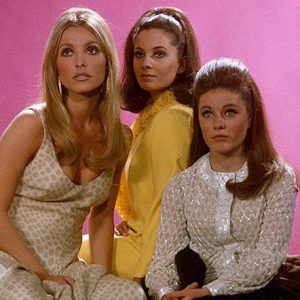 How do I love thee, Valley of the Dolls? Let me count the whys. My obsession with all things Valley began when I secretly...
© LitHub
Back to top
Loading Comments...