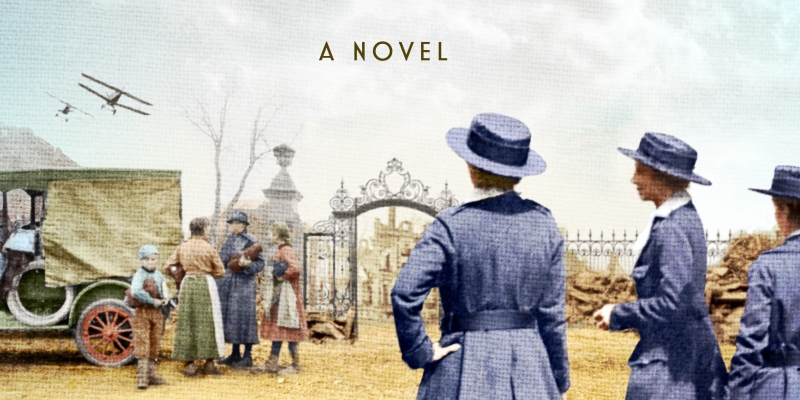 In Band of Sisters (William Morrow, 2021), Lauren Willig brings to life, with her signature flair, a little-known but riveting chapter in the history of World War I.

Kate Moran, a graduate of Smith College, has been making her living tutoring students in French when her college friend Emmie Van Alden appears out of the blue and talks Kate into joining a group of alumnae intent on offering relief to rural families in war-torn France. Despite her mother’s disapproval, in July 1917 Kate boards an ocean liner with the Smith College Relief Unit. She knows few of the other alumnae and dislikes some of those she remembers from her college days. Even her friendship with Emmie has been tarnished since graduation by their disparate family backgrounds.

After a dangerous journey across the Atlantic, where German U-boats still patrol the seas, the Smith women reach Paris. There they encounter one obstacle after another: incomplete paperwork, missing supplies, trucks delivered in pieces, absent members of their unit, and a simmering coup against their leader. Somehow they overcome their difficulties and reach their intended destination in Picardy, not far from the River Somme. But no sooner have they begun to make headway in their central mission—to restore farmlands and villages destroyed during the German invasion—than they hear of a renewed offensive that may undo all their hard work.

CPL: Tell us what caused you to move from 19th-century Barbados to World War I France, and to the Smith College Relief Unit in particular.

LW: In addition to writing my own books, I co-write with two very good friends, Beatriz Williams and Karen White. Right after I finished The Summer Country, I moved on to one of our Team W books, which was set in World War I France, World War II France, and France in the 1960s. For that book, one of the details we needed to know was what Christmas would have been like under the German occupation in World War I. We found a memoir by a Smithie that talked about throwing Christmas parties right behind the front lines in 1917. I thought it must be fiction, but I read it and discovered that it was real. I was fascinated by the incongruity of it, because my image of World War I was so strongly connected to a very male sort of war. It never occurred to me that there could be women bringing humanitarian aid in the war zone. And I knew I had to write about these amazing Smith women who went off to the front to help French villagers during World War I.

CPL: Although each woman in the unit is a unique and memorable character, you do have three mains. Let’s start with Kate Moran. How would you describe her, in terms of her background and personality?

LW: Kate is pure A Tree Grows in Brooklyn. She’s the daughter of an Irish-American mother and a Czech (Bohemian, at the time) immigrant father who died when she was very young. He drove a carthorse for the local brewery and had an accident with the horse, leaving her and her mother in deep poverty. She grows up in a rather ramshackle part of Brooklyn and lives in the library. She wins a scholarship to Smith and, because she’s very bright and a good student, she begins to think she can fit in with the other girls. And she ends up rooming with my other heroine, Emmie van Alden, who comes from an old Mayflower/Knickerbocker family; the blood does not run more blue than it does in Emmie.

CPL: Not long after the group reaches its destination, some members start trying to get rid of the director, Mrs. Rutherford. How does she become the target of this coup?

LW: Mrs. Rutherford is my fictional version of the real founder of the unit, who was both brilliant and eccentric. She was a pioneering archeologist. She also had a sideline in war nursing and humanitarian aid, but she was highly volatile and rather high-handed. So Mrs. Rutherford and the coup are drawn directly from the record. The group reaches its destination, Grécourt, in September, and within a week of arriving, its founder leaves—supposedly for health reasons. From the private letters the archivists sent me, I discovered there was a coup that started almost as soon as they left New York, a clash of personality and vision. The founder of the unit felt very strongly that this was a humanitarian mission to help the French villagers and not to do war work per se. But when they were stranded in Paris, the women were farmed out to other aid efforts, and some of them came to feel that they should not be going out into the countryside when they could help “our boys” in the city. They argued for a change of leadership.

CPL: What would you like readers to take away from Band of Sisters?

LW: There’s a line from one of the original letters that really stuck with me: that it is amazing how fine people are when all the superficial barriers are down due to a great emergency. And that’s what I want readers to take away from this book: how fine people are. That here are women going an ocean away to help children they’ve never met, and they struggle through all sorts of things and half the time they don’t know what they’re doing, but they do whatever is needed in the hope that every little bit will count. We think of heroism in terms of large, grand actions, but to me this was really moving, small, everyday heroism.

Lauren Willig is the New York Times and USA Today bestselling author of more than twenty works of historical fiction, including Band of Sisters, The Summer Country, The English Wife, the RITA Award-winning Pink Carnation series, and three novels co-written with Beatriz Williams and Karen White. 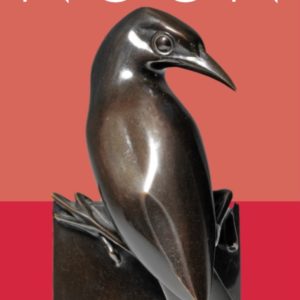 Whenever Mrs. Hoth thought about leaving her husband, she had this habit of asking him if he loved her. This was a question...
© LitHub
Back to top