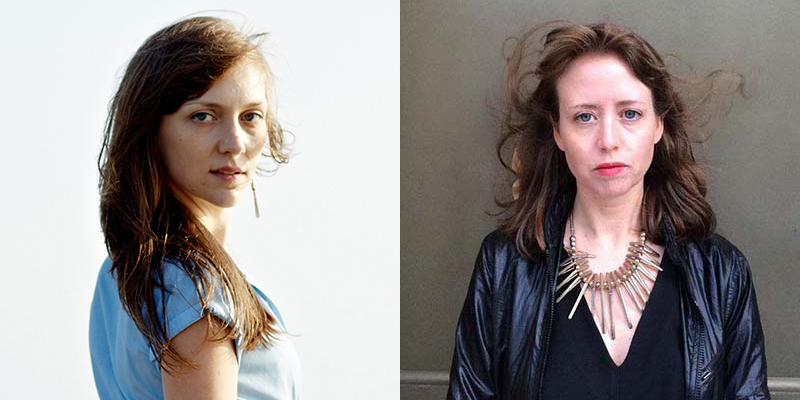 In Conversation with Emily Bell on the Well-Versed Podcast

This week on Well-Versed, Emily Bell, director and Executive Editor of FSG Originals, talks with writers Laura van den Berg (I Hold a Wolf By Its Ears) and Catherine Lacey (Pew) about their new books, making it through the profound bewilderment of novel-writing, and the relationship between the bizarre and the mundane.

Laura van den Berg: I think the astrologers that resonate less with me are the ones that are super predictive … [and more into] ones who are into identifying currents that are moving through time and natural tendencies. … I grew up in a household that was not super religious. We did go to church on holidays or have baptisms and sort of observe Christian holidays, but not intensely religious. Catherine, I think you’re right that mythologies, whatever they are, they can make the world feel like it has a comprehensible shape. I’m drawn to them and resist them in equal measure. Yes, I’m a casual astrology enthusiast and like having planets to blame for stuff. I can be like, “We need to chill out. Mercury’s in retrograde; this planet spinning backwards. It’s not us. It’s them.” Basically just shifting blame from myself to various planets.

Florida is a different south [from many other southern states]. I mean, I lived in central Florida from birth until 22 and when I left I was really ready to go. I sort of shed my Floridian skin and emerged a wholly different person, which surely did not in any way happen, but … I think it took me a long time to recognize that Florida is probably my foremost influence as a writer in some way just in terms of aesthetics. You know, the saturation, the very relationship between the bizarre and the mundane, I mean, all of that is so endemic to place, and I think being away and then circling back and spending more time with family here it’s been fascinating to come back to the place. Fascinating. Troubling. All of the things.

Why did I just want to be in some ridiculous mall with a guy who had a bad neck tattoo?

To come back to the place with a different vantage … the landscape, which I thought was just so sticky and hot as a kid, and now I’m like, this is so cool and so beautiful and how could I not see this? Why did I just want to be in some ridiculous mall with a guy who had a bad neck tattoo? I feel like my relationship to Florida is actually shifted a lot in the last couple of years in interesting ways, but at the very least I have made my peace with the fact that I am of this place after resisting it for a really long time.

Emily Bell: Catherine, when you did your residency at Ole Miss, what was that like and what were you writing while you were there? I can’t remember a timeline.

Catherine Lacey: I was finishing Pew and at the same time I was starting the book I’m still writing. It was weird for me, partially because I had gotten divorced a year before. Also, Ole Miss is an hour drive or less from my hometown and a lot of the people that I knew growing up would live in Oxford and go back and forth or whatever. I just… I don’t know. I just felt the community disapproval was so large, even being an hour away from home by car was not far enough away. Not that the people were nasty because that’s part of the glamor of Mississippi is that they’re never nasty to your face. There are ways that it comes through.

I was so resistant to going back. There are so many reasons that I can’t even or won’t even explain or couldn’t get into right now about why it was so loaded for me. But I also really want to do it. It just so happened that it’s an amazing MFA program and I wanted to be teaching and it was a wonderful opportunity, but in order to get this wonderful thing that you want, you’re going to have to go sit in the place that you don’t want to be for nine months.

That’s when I started boxing. [laughs] The gym back there I just love. Most people that went there, their politics were wildly different from mine. The men that ran it were kind of sexist and, in some ways and by some measures, were sort of awful, but I loved them and I really like being around them. I didn’t disapprove of them, even though I knew we were very different. It was the very beginning of the Trump times and a very strange, strange time. But the students were wonderful. They were just so great. This is what happens when you have a fully-funded MFA program. They’re just great. … I was within two different worlds. It was like teaching mode. And then there was the rest of the time—and I had my partner there and a dog.

Emily Bell: I actually try to live my life in two different worlds at all times. That’s sort of what I work towards, because then there is that constant tension and I don’t get complacent in either one of my lives. … When I was in college, I went to school in Chicago on the South Side, but I worked in retail and restaurants on the North Side. It was just not part of the conversation, like where I went to school and what I was studying. I had these two different worlds. And then now, pre-Covid, I’ve been remote working in California for over three years… and having that division it just keeps me on my toes and it keeps me always switching to different communities so I don’t get too complacent in either one. It’s hard, but good for us to have that constant tension to have your feet in different worlds.

Laura van den Berg is the author of the story collections What the World Will Look Like When All the Water Leaves Us and The Isle of Youth, and the novels Find Me and The Third Hotel, which was a finalist for the New York Public Library Young Lions Fiction Award and an Indie Next pick, and was named a best book of 2018 by more than a dozen publications. She is the recipient of a Rosenthal Family Foundation Award from the American Academy of Arts and Letters, the Bard Fiction Prize, a PEN/O. Henry Award, and a MacDowell Colony Fellowship, and is a two-time finalist for the Frank O’Connor International Short Story Award. Born and raised in Florida, Laura splits her time between the Boston area and Central Florida, with her husband and dog.

Catherine Lacey is the author of the novels Nobody Is Ever Missing and The Answers, and the short story collection Certain American States. She has received a Guggenheim Fellowship, a Whiting Award, and a New York Foundation for the Arts fellowship. She was a finalist for the New York Public Library’s Young Lions Fiction Award, and was named one of Granta‘s Best of Young American Novelists. Her essays and short fiction have appeared in The New Yorker, Harper’s Magazine, The New York Times, The Believer, and elsewhere. Born in Mississippi, she is based in Chicago.

Learning to Cook for One During a Global Pandemic 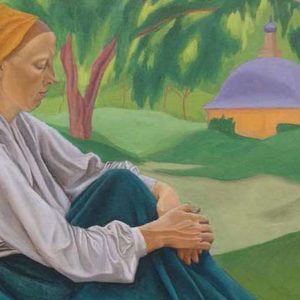 The spring of the 20th century is catching us in uncharted waters of artistic currents. Much has thawed under the sun’s...
© LitHub
Back to top