On today’s episode, Laura Lexx, comedian and author of the upcoming book Klopp Actually: (Imaginary) Life with Football’s Most Sensible Heartthrob, discusses why people laugh and what purpose does comedy serve socially.

Laura Lexx: My life is upside down. My career is non-existent. Everything’s nonsense. But I’ve never quite understood people to go, “You mustn’t joke about that. That’s serious.” You think the serious thing is still happening whether I joke about it or not, so I might as well try and cheer everybody up. I don’t really understand dwelling on the negative. I understand taking the negative seriously and considering the negative, but it doesn’t really help anyone to not try and keep things light.

Laura Lexx is an award-winning comedian, actor and writer who lives in Brighton. She has a real husband who is real, brilliant, handsome and typing this. Laura has had four critically acclaimed solo stand-up shows at the Edinburgh Fringe Festival. Her most recent two, Trying and Knee Jerk, both received multiple 5* reviews and won her Best Performer in the Comedian’s Choice Awards two years in a row. She has also appeared widely on TV and radio, from Live at the Apollo and Hypothetical to Roast Battle and The Comedy Club. Her debut novel, Pivot, will be published by Two Roads in 2022. 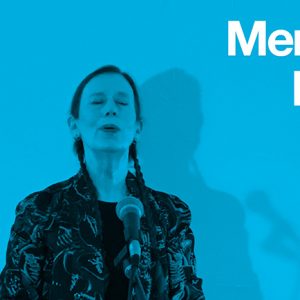