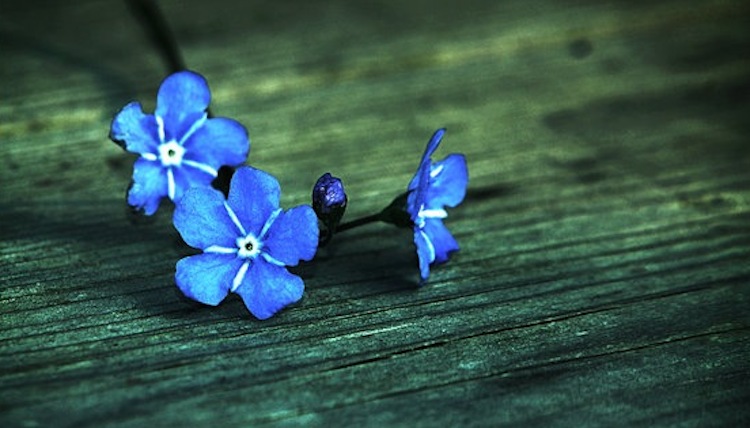 English Novelists of a Certain Age Do It Better

In 1977 Penelope Fitzgerald’s son Valpy wrote to her about the production of her first novel. “I am glad you got your book off in time… But I am worried you might overstress yourself from working so hard—I know it is all good money, but what is the point of it if you are too ill to enjoy it? Couldn’t you perhaps write shorter pieces for magazines that wouldn’t require so much hard labor?”

Readers of Hermione Lee’s spectacular biography of Fitzgerald will find that it takes 250 pages before we see her sit down to write her first book, which isn’t a novel at all, but instead a biography of the rather obscure British artist Edward Burne-Jones. Penelope Fitzgerald did not officially become the writer she is remembered as until she was 61 years old. Valpy’s letter of concern was just the beginning of her very prolific career.

Similarly, Jane Gardam, born 12 years after Fitzgerald, and a fellow Englishwoman, did not publish her first novel until she was 43. Since then, she has published 25 books and is the only author to be awarded the Whitbread Prize for the Best Novel of the Year twice. Gardam will celebrate her 88th

These two wonderful novelists share much more than a common birthplace: both began their writing careers late in life and became two of the most prolific novelists of their generation; both received university degrees—Fitzgerald a “celebratory first” at Oxford, and Gardam an English degree from the University of London. Though Virginia Woolf famously wrote in A Room of One’s Own that women needed a space of their own and a specific yearly allowance in order to write fiction, Fitzgerald and Gardam spent most of their adult lives raising a family—each had three children.

Gardam told The New Yorker’s Lauren Collins last year that when her youngest son Tom went off to school “she marched upstairs, sat down at her desk, and began to write.” Fitzgerald, on the other hand, worked at the BBC as a reviewer and scriptwriter as a young woman, and co-edited the magazine World Review with her husband, Desmond Fitzgerald. There they published J.D. Salinger’s short-story “For Esme with Love and Squalor” the year before The Catcher in the Rye appeared.

Both women were deeply affected by the war. “There was no coal in England, and there was very little food, but it was extraordinary,” Gardam told Collins. “I couldn’t get over the fact that we’d won, I was so sure we’d be overrun by Germans, that it seemed to me romantically wonderful that we were alive.” As Hermione Lee writes in Fitzgerald’s biography, “The war still affected everyone’s lives; rationing continued; flowers and weeds were growing high in the rubble of London bomb sites… But there was a new government, and post-war London was full of new music, art, and writing. In June 1945, for instance, Penelope went to the second night of Benjamin Britten’s Peter Grimes at Sadler’s Wells, wearing a new black chiffon blouse, and was excited enough by it to write a long account [to her friend] Janet and to keep her program all her life.”

While both Gardam’s and Fitzgerald’s husbands sat for the bar, only David Gardam become a successful barrister, and the inspiration for Gardam’s brilliant novel, Old Filth. (FILTH stands for  “Failed in London Try Hong Kong.”) Desmond Fitzgerald was not so lucky.

Though the beginning of his life with Penelope held much promise, he suffered from alcoholism and had difficulty holding down a job. Fitzgerald’s children even had a family word, “bonky,” for when Desmond was drunk. “Daddy bonking again, and had to put him to bed.” “Daddy came back penniless.” By 1960, the marriage was in shambles. “Penelope slept in the living room on a single day bed. From this day onwards, she and Desmond never slept together… For the rest of her life she would not have a bedroom of her own, but would sleep in a bed that turned into a sofa in a sitting room,” Lee writes. “She would be up before anyone else and fastidiously tidied her bed away, so that the room did not look like a bedroom, and she would go to bed after everyone else.”

It’s amazing, then, to consider Fitzgerald went on to write nine novels, which can be divided between the “autobiographical” and the “historical.” Her first, The Golden Child, is a mix of both genres. Tickled by the King Tut mania in England in the 1970s, she said she mostly wrote the murder mystery to amuse Desmond, who was very ill at the time, and died in 1976, just before the book was published.

The four novels that follow are based in her own biography. The Bookshop (1978) was inspired by a brief period when the Fitzgeralds lived in Southwold, where Penelope worked part-time in the Sole Bay Bookshop: “[I worked] in a bookshop in a very lonely town we were living in on the east coast in Suffolk, sort of watery and marshy, with Constable skies. A very definite place. The shop was haunted as well, which I didn’t realize when I went there.” Offshore (1979) tells the wacky and true story of the Fitzgeralds living on a houseboat in the Thames which famously sunk two times. Students of Penelope’s at the time recall her arriving very late to class one day, soaking wet. “Sorry I’m late,” she said. “My house sunk.” For this novel she was awarded the Booker Prize. At Freddie’s (1980) and Human Voices (1981) followed quickly after that, as Fitzgerald was trying to make up for lost writing time.

Similarly, Gardam’s Old Filth trilogy was inspired by her life with her husband David. Old Filth (2004) is told from the perspective of Filth himself. The Man in the Wooden Hat (2009) is a window into the world of his wife, Betty, and the third book, Last Friends (2013), comes from the point of view of Filth’s frenemy and colleague, Tony Veneering. Fitzgerald began writing her autobiographical novels after her husband’s death. All but the last of Gardam’s were published while her husband was still alive.

Though both writers share an offbeat sense of humor, stylistically, Fitzgerald and Gardam approach fiction very differently. Fitzgerald is an economist. She writes short sentences resulting in slim but beautiful novels that convey much with little. Human Voices is under 150 pages long. Gardam, on the other hand, is the chatty, funny friend you’d hope to find at a party where you don’t know anyone. Her first novel, A Long Way from Verona, begins with the line, “I ought to tell you at the beginning that I am not quite normal.” Though her characters might exist in life with a typically English stiff upper lip, to their readers they reveal much.

In his review of Jane Gardam’s short stories for The Independent, Neel Mukherjee points out, “Gardam, like Penelope Fitzgerald, knows the supreme art of what and exactly how much to leave out (sometimes it’s a lot).” Courtney Cook, at the Los Angeles Review of Books, continues, “Her [Gardam’s] beginnings and endings are not as devastatingly slight as those of Penelope Fitzgerald, whose tiny, perfect novels generally come in at around 130 pages and with wide margins to boot, but in almost every case, what Gardam leaves out is always what is most significant: the rest of a thought, the real name of the father, whether or not there was a witness, what the other person said.”

Always a passionate reader and biographer, Fitzgerald’s later historical novels illuminate her eagerness for research, for reading between the lines, and, like Gardam, for employing a powerful symbology. The Blue Flower, published in 1997, is considered by many critics to be her masterpiece. “Historical characters have appeared in her novels before, and she has been thinking all her life of writing about the relation between biography, history, and fiction,” Lee writes. The book tells the story of Novalis, a German poet and philosopher, born Friedrich von Hardenberg in 1772. “Novalis himself wrote that ‘novels arise out of the shortcomings of history’ and I’ve put that as the epigraph to the Blue Flower,” Fitzgerald said. The novel is a rumination on the idea of “the blue flower,” the symbol for the unreachable—but constantly desired. As a painter describes to Novalis, or, as Fitzgerald calls him, Fritz, “In every consecrated thing… there is an attempt to communicate, even among the totally silent. There is a question being asked, a different question for every entity, which for the most part will never be put into words, even by those who can speak. It is asked incessantly, most of the time however hardly noticeably, even faintly, like a church bell heard across meadows and enclosures.”

Aside from their similar backgrounds, both Fitzgerald and Gardam have always stood just at the edge of the canon, particularly in America. For many readers, coming across their work still feels like a discovery. In an critical article for the British Literature Council, Dr. Nick Turner writes, “She [Gardam] is in the fortunate position of having a great deal of her work in print; in 2005 she was shortlisted for the Orange Prize for Fiction. In spite of all this, she remains a curiously little-known figure, and there is a seeming reluctance to think seriously about her novels. Perhaps she suffers from the Penelope Fitzgerald problem: effortless ease, with no kowtowing to fashionable cultural and literary themes.” What exactly is the “Penelope Fitzgerald” problem? Perhaps it is indeed the ability to write one’s mind, with no regard for trends. The ability to do so comes from the wisdom of life experience combined with the time and space to think—the freedom, rather than the problem, of the late bloomer.

Jessica Ferri's writing has appeared in The New Yorker's Book Bench, The Economist, The Daily Beast, NPR, Bookforum.com, Bookslut, The Barnes and Noble Review, The Millions, and The Awl. 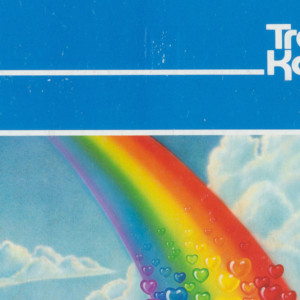