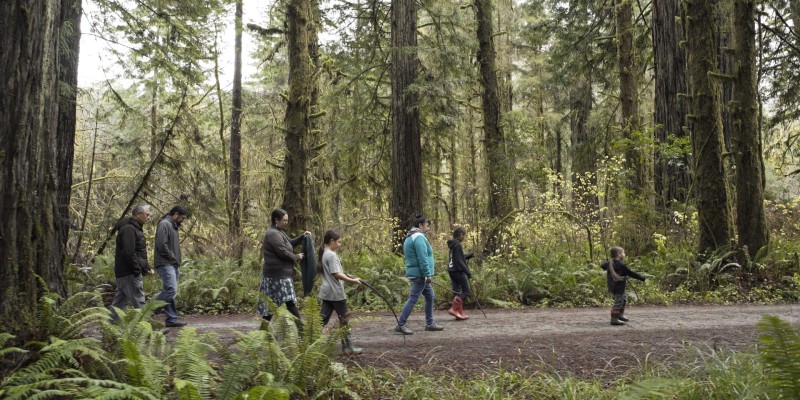 In episode two of the “Language Keepers” podcast series, we bring you to the redwood forests of Northern California, home to Loren Bommelyn, the sole remaining fluent speaker of the Tolowa Dee-ni’ language. Tolowa, like other Indigenous languages, is interwoven with the ecosystem where it came into being and thus holds the traditional ecological knowledge of the Tolowa people. Along with many Native communities, the Bommelyn family is grappling with what is at stake—for their children, for their culture, and for the land itself—if they lose their language.

The Tolowa live on their ancestral lands, lands that have been drastically changed. Logging and gold mining industries settled there in the mid-1800s and were eventually replaced by a state prison—currently the largest employer in the region. Neighboring this facility is what remains of the old-growth redwoods.

In 1853 a group of armed men from Crescent City murdered hundreds of Tolowa Dee-ni’, including women and children, during the Nee-dash Earth Renewal Ceremony at the village of Yan’-daa-k’vt, the Tolowa Dee-ni’ place of genesis. After this massacre and the burning of Yan’-daa-k’vt, the village lost its traditional name and came to be known as “Burnt Ranch,” the name it holds today. The Burnt Ranch Massacre was one of the largest massacres of Native people in American history. Over the next few decades, state-sanctioned violence and the spread of disease ultimately took the lives of 95 percent of the Tolowa Dee-ni’ people.

Loren’s grandmother Dv-lay-li Frank was born in 1875. She survived the murder of her parents by a white man who took her and her siblings as indentured slaves. She lived to witness the federally organized sterilization of Native women and to experience her grandchildren being taken away to boarding schools.

She lived to be 66 years old; she raised a family and passed on her language to them.

Loren’s dream for the Tolowa Dee-ni’ is to see the youngest generation speaking the language in the lands where both the language and the people originated. Ruby and Pyuwa, with the help of Loren and Lena, are creating a “language nest” for their children: an immersive environment in which Huné, San-t’as, and Waa-sayn-ni are growing up surrounded by the language, culture, and ancestral lands of the Tolowa Dee-ni’ people.

Following a near-death experience in a plane crash, Pyuwa dedicated himself to learning Tolowa Dee-ni’. He studied with his father and then returned to school for a master’s degree in linguistics with a language-teaching specialization. Ruby, although not Tolowa Dee-ni’, is committed to providing a Tolowa Dee-ni’–language home. As she learns the language with Loren, she homeschools her children in their living room turned classroom, creating a curriculum that keeps up with their developing fluency and meets California’s education standards. Ruby’s increasingly extensive curriculum is being shared with other homeschooling communities and families. 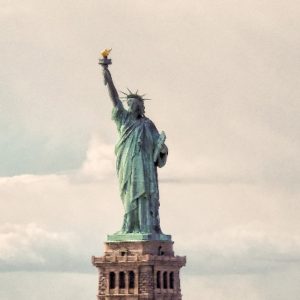 What would actually make America great? More people. If the most challenging crisis in living memory has shown us anything,...
© LitHub
Back to top