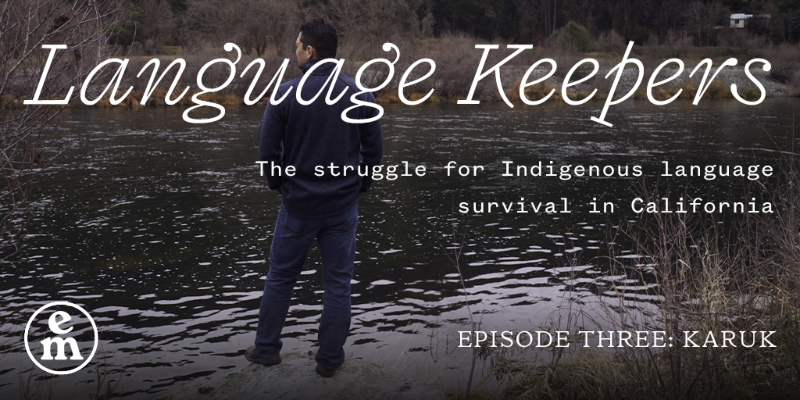 Episode three of our “Language Keepers” podcast series explores efforts to revitalize the Karuk language, which is deeply tied to the Klamath River in Northern California. Just as a river is dependent on an unobstructed flow to remain healthy, a language depends on healthy connections and transmissions between generations of speakers. Karuk language keepers Maymi Preston-Donahue, Phil Albers, and Julian Lang are working to fill generational gaps in the transmission of Karuk.

Originating along the Klamath River in northern California, the Karuk language does not contain the cardinal directions, north, south, east and west. Instead, its directions are entirely related to the river. In Karuk, there are at least 38 different ways to give directions, all oriented around the Klamath River. For example, upriver from this point on the river, or uphill from that point, or across from this point. The river is considered the center of the Karuk world geographically, culturally, and spiritually.

Just as a river is dependent on an unobstructed flow to remain healthy, a language is dependent on the healthy connections and transmissions between generations of speakers. For millennia, this natural inheritance of language was able to flow freely among the Karuk, carrying with it the dimensionality of this rich, place-based Klamath River culture.

Julian Lange is a Karuk artist, language teacher, and leader within the Karuk community. He first learned Karuk from his grandmother. But in order to continue learning, he had to seek out other fluent speakers from an older generation. Many of these elders had survived residential boarding schools and other state and federally mandated cultural suppression. The trauma they experienced often left them unwilling to speak their language. In Julian’s pursuit to learn the Karuk language, he spent countless hours convincing these elders to impart their knowledge, language, and stories.

When the Dead Come Calling by Helen Sedgwick, Read by Julie Maisey 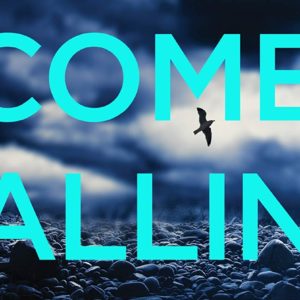 When the Dead Come Calling by Helen Sedgwick, Read by Julie Maisey