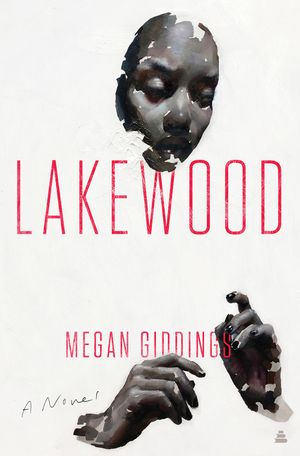 The following is an excerpt from Megan Gidding's debut novel, Lakewood, an unflinching look at the moral dilemmas many working-class families face, and the horror that has been forced on black bodies in the name of science. Megan Giddings is a features editor at The Rumpus; her short stories have been published in Black Warrior Review, Gulf Coast, and Iowa Review.

They told Lena that to maintain privacy, all buildings were disguised as part of Great Lakes Shipping Company. The closest intake office to Lena was only a mile and a half walk from her dorm—she recognized the address when they said it. Most of the building had a rich-person-store feel, like the all-wood toy store and a high-end Taiwanese restaurant that Lena always wanted to try but couldn’t convince herself to pay $25 for an entrée. Great Lakes Shipping Company, the woman on the phone said, was on Floor 2. When you go up the stairs, walk past the drinking fountains, and it’s right across from the olive oil shop, A Living Liquid. It’s easy to miss, the woman said, and she was right—Lena’s eyes didn’t register it the first time, with its gray curtains over the window and the cream-on-white logo.

She walked down to the end of the hall, turned around, and went back. The olive oil shop was brightly lit. Rows of copper dispensers, posters of Italy on the wall. A man was filling up a Styrofoam cup, clearly meant for coffee, with habanero-infused oil. Lena considered going in to try some—there were containers of bread next to each dispenser—and to see if he was truly going to drink it.

It was better to be early, Lena decided, as she walked inside the office.

Inside, a white woman with a haircut that looked as if she had shown her stylist an image of a motorcycle helmet and said, “That’s the look,” was waiting.

Lena fished her wallet out of her coat pocket. The woman was wearing a navy pantsuit with an American flag pinned on the lapel. There was a badge clipped to her waistband. Walking over to her, Lena bumped into a small table and knocked over a stack of magazines. When she bent to pick them up, the woman told her to just leave it. Her tone was as if Lena had spent hours knocking over the magazines and picking them up and straightening them, just to knock them over again, and she couldn’t take it anymore. Lena handed over the IDs.

The strangeness of the room and the woman’s brusque attitude made Lena want to joke, to find a way of rescuing herself from her discomfort.

“Looks good. Now we have some forms for you to fill out.” She led Lena into what might have been the grayest room in the world. Everything in it—chairs, desks, pens, flooring, wall tile, the fire extinguisher—elephant gray.

The strangeness of the room and the woman’s brusque attitude made Lena want to joke, to find a way of rescuing herself from her discomfort. Instead, she reminded herself that now was the time to be pleasant, blank. Don’t be weird. Don’t embarrass yourself. The woman gestured at Lena to have a seat, handing her a clipboard and a pen.

Page one asked for the basics: address, full legal name, place of birth, how she had found out about the study, email address, emergency contacts, have you ever been a participant in any other clinical studies? No, Lena wrote. Page two reminded her that to participate in the Lakewood Project was to consent to a necessary diminishment of her privacy. If you consent to this, provide all your passwords for social media, email addresses, phone passcode. Also provide any potential answers you can think of for standard security questions, such as the make of your first car, the name of your childhood pet, your mother’s maiden name.

Lena coughed. “May I have a glass of water?”

She cleared her throat again. “May I have a glass of water?”

“Please fill out the forms.”

Lena stared at the white paper, let the words go out of focus. The woman’s attitude, the questions, made a small voice in her own head say you are already feeling weird, get out of here. Her grandma had cleaned houses, pulled the hair and gunk out of tubs and sinks, catered on the weekends, babysat, took odd jobs. Worked for people who she said were proof God had a sense of humor. Your grandmother gave you everything. You’re the one in charge now.

She flipped the page. At the top, it said WELCOME in bold, underlined type. “Our most precious resources in this country are patriots like you, those who are willing to give of themselves to help this great nation. Your contribution will help end suffering and unhappiness.”

“So.” Lena put down her pen. “This is a government program?”

“But in my letter it said this was for a survey company.”

The woman lifted her eyebrows in annoyance. “Read all of it, especially page nine.”

After rigorous evaluations of her mental, physical, and emotional health, the form explained, she might be invited to join the study. Once she signed, all interactions were private.

Lena flipped to page nine. It was an NDA. No questions about the studies and their true nature could be signed until she signed this page. There were $50,000 in penalties if she violated this agreement.

Deziree had texted her earlier this morning to say that the electricity had been shut off and she was going over to Miss Shaunté’s. They had paid the electricity with the only credit card that wasn’t maxed out. Potential jail time. She sucked her bottom lip into her mouth. It tasted of bad coffee and mint toothpaste.

On their last day together, in retrospect, it seemed as if her grandmother had known somehow that it was the end. Lena knew this was how memory worked; looking back at an important day, everything could seem portentous. The apricity and brightness through her grandmother’s hospital room windows. How the hospital coffee tasted. As if they had switched to a better brand whose flavor could almost be described as coffee. The way her grandmother said, “You’re already doing a good job helping your mother. I’m so proud of you.” There had been a mixture of true compliment sweetness and warning sharpness in her grandmother’s voice as she said it.

Lena signed. The woman smiled, took the clipboard, and said, Now we can get started.

While waiting for further instructions from “Great Lakes Shipping Company,” Lena continued applying for other jobs. She came close to getting a job as a temporary worker at the post office. But according to her mom, it went to someone’s daughter. It was fine, though, Deziree had assured her, while reminding her that the post office is a corrupt institution filled with drug addicts and older white ladies who wore wraparound sunglasses inside. She was only half kidding.

On their last day together, in retrospect, it seemed as if her grandmother had known somehow that it was the end.

To her interview at Burrito Town, Lena wore Your-Honor-I-Plead-Not-Guilty and arrived five minutes early. She handed her résumé to the manager interviewing her. He scanned it, pursed his lips, and said, “Art History?”

“So, what’s your greatest strength? Weakness?”

She said that her greatest weakness was probably that she was too hard on herself. Tanya called it a case of the Dumb-Lena- Dumbs. “And my greatest strength—” Lena squeezed her knee. The manager was smoothing his blond mustache as she spoke. His skin was a shade of pink that made him look perpetually a little drunk. “I guess my greatest strength is that I’m good at being task-oriented and getting things done on time.”

“Honestly, all I really care about is whether or not you can fit in the costume.”

Lena kept her face blank, pleasant as she stood. The manager also stood and took a step backward.

“You are a very small person, you know that?”

“Oh. I thought five-foot-two was tall.”

“Whoever told you that was wrong.” His eyebrows were raised, as if he couldn’t believe she knew someone so stupid, or would be so simple as to believe that stupid person.

She nodded, reminding herself there was no point in trying to joke around with an old white man who thought you were an idiot.

On the walls were large prints of burritos in the style of different artists. An Andy Warhol screen print, Van Gogh’s sunflowers with burritos instead of flower petals, a Lichtenstein burrito that was crying a single tear, a burrito with Frida Kahlo flower crown and eyebrows that Lena thought someone would complain about within a day of the location opening. The space smelled good, like sautéed red onions and fresh dough, though the restaurant wouldn’t open for another few weeks.

“There’s no way you can be the burrito. But maybe you would be a good Ms. Blue Corn Chip. Smile, please.”

“Bigger. People need to see you from their cars. Come on, I know you have it in you.”

She pictured an alligator plotting against her enemies. A large, openmouthed grin.

“People like to feel invited.” He gestured at her mouth. “Keep trying.”

She stretched her lips the widest they could go, knowing she was making more of a welcome-to-my-death-house face than  a spend-all-your-money-on-these-burritos face. Her cheeks ached after 10 seconds of it. Lena held it another five, another 10, felt her cheeks trembling, and stopped.

“Your teeth are a nice shade of white,” the manager said. He wrote a note on his clipboard and underlined it. “We would only need you three days a week, during the first two months after the grand opening.”

The manager ran his fingers over his mustache. He tapped the side of his face, then spoke as if offering Lena a hundred- thousand-dollar salary with unlimited vacation time. “And if you do well at this and can prove that you’re reliable, we can talk about you moving up to the assembly line.”

“How much does being the chip pay?”

“Nine-twenty-five an hour. And if you make it to the assembly line, you’ll go up to nine-fifty.”

“We’ll call you,” the manager said.

Behind the Mic: On The Sea of Lost Girls by Carol Goodman, Read by Natalie Naudus 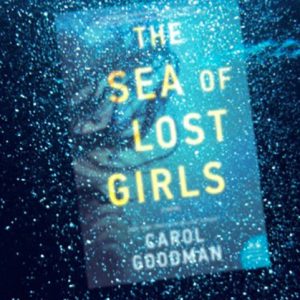 Behind the Mic: On The Sea of Lost Girls by Carol Goodman, Read by Natalie Naudus Every Monday through Friday, AudioFile’s editors recommend the best in audiobook listening. We keep our daily episodes...
© LitHub
Back to top