Paul Holdengräber is joined by Sheila Kuehl on Episode 123 of The Quarantine Tapes. Sheila is a member of the Los Angeles County Board of Supervisors. She talks with Paul about the role that the Board of Supervisors plays in Los Angeles and how their work has changed in response to the pandemic. As a politician, Sheila’s work has centered healthcare, criminal justice reform, and more. She talks about her political influences, from Thurgood Marshall to Ruth Bader Ginsburg to John Kennedy, and talks with Paul about the hope she sees in Americans’ growing interest in government.

Sheila Kuehl: I do. I think that it’s always under threat, probably more greatly now in terms of the Supreme Court, because we count on the Supreme Court to uphold civil rights. Civil rights are just laws. They can be challenged. But when I look at what the Reverend Dr. King and all those who worked with him over many, many years—talking about Thurgood Marshall earlier—to establish the right of certain rights of our African American neighbors, which has gone on to be, I think, the model for the women’s movement, for whole communities of color, for the LGBTQ community. We’ve seen gains since the ’50s that I think are mostly on the upward track.

Everyone’s gains are always at risk. That’s why we have to continue to take it seriously, that we fight for them, that we pay attention, that they not be taken away. But in the United States generally, we have gone in a forward motion, trying to establish more and more equity and equality. But you see by what’s happened this year in terms of the murders of so many African American men by police and sheriffs, just the status of race in this country. It’s still aspirational for us, but it is aspirational. And I do think an awful lot of people are saying, “I don’t think I ever quite understood. I’m taking this more seriously now.” At least I hope that’s the case.

Paul Holdengräber: Which brings me to this question: the George Floyd protests sparked many, many conversations about budgetary priorities. The economist Stephanie Kelton has said that we should think of budgets as moral documents. Do you agree?

Sheila Kuehl: I do. I think the budget is nothing but a statement of values. In Los Angeles County, for instance, we have a $38 billion budget. About three quarters of it comes from the feds and the states, and they tell us generally what to do and how to allocate, but not specifically. The other quarter comes from locally generated revenue, and that we allocate specifically on our own. And whether we do it to the sheriff’s department for a jail or to the community for community investment, whether we fund more law enforcement rather than mental health services in the community, how we fund our schools and how little we fund them, all of that is a statement of values. Do you want more education? Do you want people to have a second chance? Would you like them to be able to get better when they’re sick? And are you willing to help? It’s all a statement of values.

Paul Holdengräber: You know, in that context, I’d like you to to explain to our listeners what Care First, Jail Last actually means, and what efforts you yourself have made to change the criminal justice system in LA, where so many, so many people are incarcerated.

Sheila Kuehl: Well, it’s interesting. In the time of COVID, when we started out in March, there were seventeen thousand people incarcerated in LA County jails. That is not the state prison. That is just the county jails. And now there are twelve thousand. So, we have reduced incarceration by five thousand, much of it because of the pandemic, where we needed more space, we needed people out. And what it shows me is that we can do it.

About almost half of the people there haven’t even had their trials yet. It’s simply that they can’t afford bail. And so our notion of Care First, Jail Last is to say that we want people out who don’t need to be in just because they can’t afford bail. We want people out who are more amenable to treatment than simply being locked up in a cell which doesn’t help them. They go out, they come back, they go out, they come back. We need more services in the community in order that people can get better. And it’s not just those with mental health issues. There are many issues of substance use disorder that need treatment, not jail. And also just the notion of second chance, where people have not had the ability to get a job because they haven’t had the training. So what Care First, Jail Last means is that the government of Los Angeles County is going to allocate more and more of our budget toward these kinds of community services and less to jails and law enforcement.

Supervisor Sheila James Kuehl was first elected to represent Los Angeles County’s Third District on November 4, 2014. She assumed office on December 1, 2014, and was reelected to her second term on November 6, 2018. As a member of the Los Angeles County Board of Supervisors and immediate past Chair, she has led the way and worked on a great many initiatives and motions to improve people’s lives and reform systems in the County. Supervisor Kuehl served eight years in the California State Senate and six years in the California State Assembly. She was the first woman in California history to be named Speaker Pro Tempore of the Assembly, and the first openly gay or lesbian person to be elected to the California Legislature. 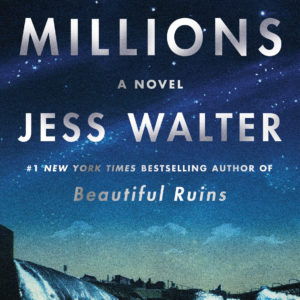 A woman owns nothing in this world but her memories—a shabby return on so steep an investment. The First Ursula taught...
© LitHub
Back to top