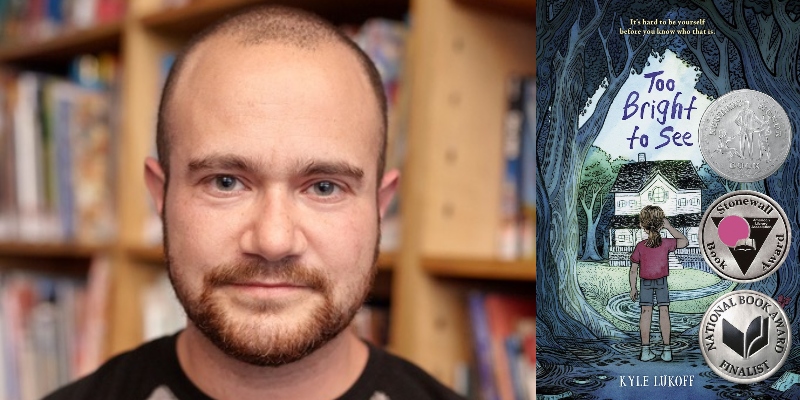 In this episode, Marcy and Jennie talk to Kyle Lukoff, author of Too Bright to See, a 2022 Newbery Honor Book and winner of the Stonewall Book Award.

Jennie Law: There was a virtual Newbery program where the current issue of censorship came up, and I thought you had a lot of really important things to share. Has Too Bright to See made it onto any of those lists?

Kyle Lukoff: Not that I know of, and not yet. I think part of that is the cover design and also the jacket flap. If you don’t know what it’s about, then you don’t know what it’s about. So that’s been cool. I’m sure that it’ll get there eventually, but so far most of the animosity has been directed at When Aidan Became a Brother and Call Me Max. And I keep wanting to be like, “Guys, Google me—I have more books that you should hate!”

Jennie Law: Was that intentional? The jacket flap and the cover to be a little bit stealth?

Kyle Lukoff: Not exactly. It wouldn’t make sense for the book any other way, because so much of the book is you figuring out along with Bug; if we put a big rainbow on the cover, that just wouldn’t make sense. We wanted to position this book as a book, and a ghost story, and a coming of age novel, and a particular prose style that is by a trans author about queer characters, and not reduce it to just the fact that it’s trans, but to really let it be a full novel that doesn’t need a rainbow to advertise what it is.

Kyle Lukoff is the author of many books for young readers. His debut middle-grade novel, Too Bright To See, received a Newbery honor, the Stonewall award, and was a National Book Award finalist. His picture book When Aidan Became A Brother also won the Stonewall. He has forthcoming books about mermaids, babies, apologies, and lots of other topics. While becoming a writer he worked as a bookseller for ten years, and then nine more years as a school librarian. 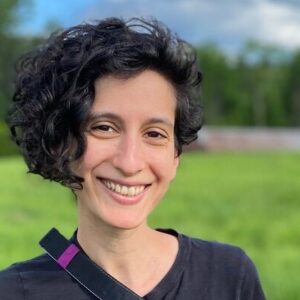 Caren Beilin is the guest. Her new book, Revenge of the Scapegoat, is out now from Dorothy. Subscribe and download the episode,...
© LitHub
Back to top