Hint: Don't Wait For Your Loved Ones to Die

By Suzanne McConnell and Kurt Vonnegut

A young woman to whom I was
teaching Creative Writing at CCNY
years ago, confessed to me,
half-ashamed, as though
this was keeping her
from being a truly creative writer,
that she had never seen
a dead person.
I put my hand on her shoulder,
and I said,
“One must be patient.”

That’s one piece of Kurt’s advice. Here’s another:

When the city [of Dresden] was demolished, I had no idea of the scale of the thing. . . . I had no scale except for what I’d seen in the movies. When I got home (I was a writer since I had been on the Cornell Sun, except that was the extent of my writing) I thought of writing my war story, too. All my friends were home; they’d had wonderful adventures, too. I went down to the newspaper office, the Indianapolis News, and looked to find out what they had about Dresden.

There was an item about half an inch long, which said our planes had been over Dresden and two had been lost. And so I figured, well, this really was the most minor sort of detail in World War II. Others had so much more to write about. I remember envying Andy Rooney, who jumped into print at that time; I didn’t know him, but I think he was the first guy to publish his war story after the war; it was called Air Gunner.

Hell, I never had any classy adventure like that. But every so often I would meet a European and we would be talking about the war and I would say I was in Dresden; he’d be astonished that I’d been there, and he’d always want to know more. Then a book by David Irving was published about Dresden, saying it was the largest massacre in European history. I said, By God, I saw something after all!

Maybe you, too, have seen something after all. Maybe what you’ve witnessed merely in your own backyard is something. Henry David Thoreau lived in Concord, Massachusetts. And he had this to say: “I have traveled extensively in Concord.” Vonnegut used that as the epigraph for his first nonfiction collection, Wampeters, Foma & Granfalloons. He explains:

That quotation was probably first brought to my attention by one of my magnificent teachers in high school. Thoreau, I now feel, wrote in the voice of a child, as do I. And what he said about Concord is what every child feels, what every child seemingly must feel, about the place where he or she was born. There is surely more than enough to marvel at for a lifetime, no matter where the child is born.

Castles? Indianapolis was full of them.

You do not have to experience death or destruction or agony to write. You simply have to care about something. Perhaps what you care about is joyful.

At the Iowa Writers’ Workshop, in a Form of Fiction class (a required literature class geared toward examining fiction from a writer’s perspective, comprised of about 80 students), Kurt taught a Chekhov story. I can’t remember the name of it. I didn’t quite understand the point, since nothing much happened. An adolescent girl is in love with this boy and that boy and another. She points at a little dog, as I recall, or maybe something else, and laughs.

That’s all. There’s no conflict, no dramatic turning point or change. Kurt pointed out that she has no words for the sheer joy of being ripe with life, her own juiciness, the promise of romance. Her inarticulate feelings spill into laughter at something innocuous. That’s what happened in the story. His absolute delight in that girl’s joy of feeling so alive was so encouraging of delight. Kurt’s enchantment taught me that such moments are nothing to sneeze at. They’re worth a story.

Maybe it’s impossible, if you’re young, as that student at City College was, to have experienced or accomplished what older people have accomplished. At the Iowa Workshop, having been admitted with only one story under my belt and having majored in sociology, so that I knew little about the profession of writing and, like Kurt, felt outclassed by my peers and ignorant of English literature, I used to compare myself with my writing teachers. They’d had at least 20 more years of life to roam around in, to read and write in!

Vonnegut opines about the generations:

I once read an interview with John Barth and Kurt Vonnegut and others in which Vonnegut stated that the reason all writers write, of course, is that they want to change the world. Whereupon Barth objected. No, he said. That wasn’t why he wrote. As I recall, Barth said, in effect, that he just liked to horse around with words.

Asked what affinity he felt toward his “brother and sister writers,” Vonnegut answered, “Friendly, certainly. It’s hard for me to talk to some of them, since we seem to be in very different sorts of businesses [“like podiatry and deep-sea diving,” he suggested elsewhere]. This was a mystery to me for a while.” Then Saul Steinberg, his graphic artist friend, cleared it up: “There are two types of artists, neither superior to the other. One responds to life itself. The other responds to the history of his or her art so far.”

I fell into the [first] . . . group, and had to. I couldn’t play games with my literary ancestors, since I had never studied them systematically.

Maybe you adore your literary ancestors. Maybe responding to them is the kind of artist you are. Maybe that’s what you care about.

I think it can be tremendously refreshing if a creator of literature has something on his mind other than the history of literature so far. Literature should not disappear up its own asshole, so to speak.

Vonnegut is notoriously playful in how he handles his serious responses to life in writing. He goofs around. In Breakfast of Champions especially he keeps coming onstage and messing around with his characters and therefore us, his readers, showing how much fun and even silly a thing it is to be the creator of his book’s universe.

“Give me a Black and White and water,” he heard the waitress say, and Wayne should have pricked up his ears at that. That particular drink wasn’t for any ordinary person. That drink was for the person who had created all Wayne’s misery to date, who could kill him or make him a millionaire or send him back to prison or do whatever he damn pleased with Wayne. That drink was for me.

There’s a tall children’s book with a gorgeous bright blue cover adorned by one sun, moon, and star called Sun Moon Star. Originally published in 1980, it’s by Kurt Vonnegut and Ivan Chermayeff, a graphic designer and creator of the PBS, Mobil, and NBC logos, among many others, who happened to be my summer neighbor. I’d wondered how they knew each other and went about collaborating. I imagined them bouncing story and picture ideas off one another over a period of time.

They met in the ’70s through a mutual friend, and at that time Ivan had been making collages, and the friend said he ought to show them to Kurt. Ivan said, “I was just interested in the different shapes of the sun, moon, and stars, and their relationships, so I made hundreds of collages without any idea whatsoever of what I was going to do with them.” He followed his friend’s advice and “handed Kurt the stack of about a hundred collages, and then I didn’t hear from him for three months. And I thought, oh well, Kurt isn’t interested or got occupied.

Then Kurt called. He came over and put his feet up on my big desk and watched me go through what he’d done.” Ivan laughed. “What he’d done had nothing whatsoever to do with sun, moon, and stars. Kurt had put them in his own order and used his own idea, which was about as far from my idea as he could get. The only thing he didn’t do was change my title.” Ivan chuckled. “He really enjoyed watching my reaction. And I loved that he surprised me.”

The story Kurt construed from Ivan’s images? A tale of the birth of the Creator of the Universe, from the point of view of the newborn.

The book flap copy, as it turns out, reveals their process:

This book is an experiment in making music for the eye rather than the ear.

Ivan Chermayeff made the illustrations first, without saying what they meant. Then Kurt Vonnegut wrote words to fit the images he saw.

This is a song then, whose music came first.

A simple hymn for printing press. Others may find it entertaining to put their own words to Chermayeff’s tune.

Play around! or On with the Music! 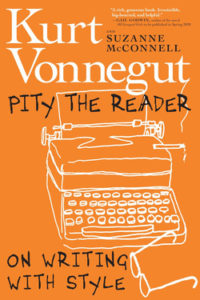 “Fear of Finding a Worthy Subject or a Dearth of Death” is excerpted from Pity The Reader: On Writing with Styleby Kurt Vonnegut and Suzanne McConnell, published by Seven Stories Press on November 5th.

Suzanne McConnell taught writing at Hunter College for thirty years, and she serves as the fiction editor of the Bellevue Literary Review. Twice nominated for the Pushcart Prize, her fiction also won first prize in the New Ohio Review’s 2015 Fiction Contest, first prize in Prime Number Magazine’s 2014 Awards for Flash Fiction, and second prize in So to Speak’s 2008 Fiction Contest. She lives in New York City and Wellfleet, Massachusetts, with her husband, the artist Gary Kuehn.

Born in 1922 in Indianapolis, Indiana, Kurt Vonnegut was one of the few grandmasters of modern American letters. After stints as a soldier, anthropology PhD candidate, technical writer for General Electric, and salesman at a Saab dealership, Vonnegut rose to prominence with the publication of Cat’s Cradle in 1963. Several modern classics, including Slaughterhouse-Five, soon followed.

Imran Siddiquee on the Problem with "New Masculinity" 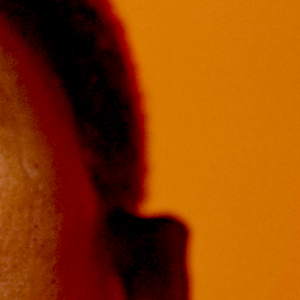 Imran Siddiquee on the Problem with "New Masculinity"

The cover of GQ’s November issue features a striking photo of singer-rapper-producer Pharrell Wiilliams wearing a flowing...
© LitHub
Back to top
Loading Comments...