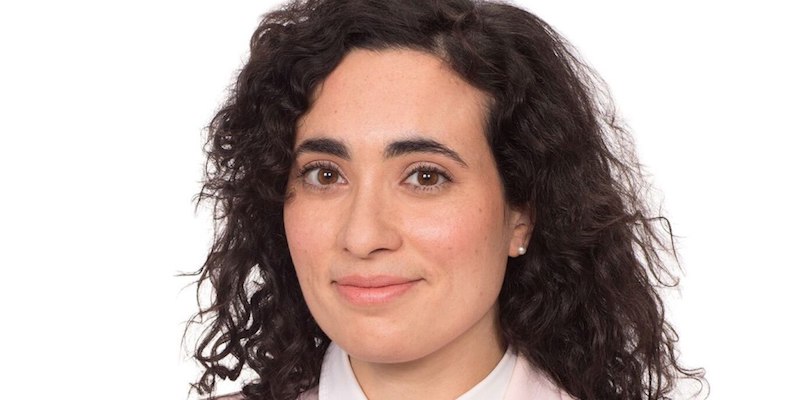 In Conversation with the Author of White Feminism

Many of us working in media, and especially those of us who are queer, people of color, or otherwise identified with groups that have not historically led the industry, are familiar with The Silence—a heaviness that fills the room after a staffer pitches a story that, for their colleagues, may as well exist on a different planet. In a passage from her new book White Feminism (Atria Books), Koa Beck details this silence, which she encountered early in her career, with painful clarity, describing “colleagues staring at me in meetings as I posed that queer women also endured a high sexual assault epidemic by other women or that the rapidly ascending cannabis industry was a huge slight to the many incarcerated women of color who had been jailed over marijuana possession.”

Eventually, Beck writes, she learned what words to use to push her stories past gatekeepers (edgy, fresh, different) and, in the process, discovered the gap between what women’s media claimed to be—advocates for a more nuanced understanding of gender—and the white feminist attitudes it espoused in practice. Since then, she’s spent a career exploring the power structures that govern our culture and the people who challenge them, from working as the editor-in-chief of Jezebel to co-hosting the WNYC podcast “The #MeToo Memos.” White Feminism explores the history of how the titular ideology became a tool of suppression and how activists from a number of communities have developed more effective alternative strategies.

We spoke about the history of feminist branding, the problem with seeing power as a solution to marginalization, and selling a book about white feminism in an industry where white feminism is everywhere.

Corinne Segal: What led you toward this topic?

Koa Beck: White feminism is something that I’ve thought a lot about ever since, frankly, I was a teenager, in terms of the college I went to, the types of environments I was into—[they] prided themselves on being very gender-literate but were deeply flawed in some way.

From there, going into the media and working in traditional women’s media, a lot of times I felt like my understanding and personal navigation is of white feminism was something that I really took for granted because I was so used to it in a lot of ways. I was so used to having the internal skill set for both recognizing it in real time and then understanding what was actually being said to me. It was like double-talk language.

“One of the things that my agent and I were very clear about, in assessing the proposal and putting it out, is that publishing is run by white women.”

When I got more senior and started being on panels, every talk that I did, there was always a young person who would raise their hands very earnestly and ask directly about white feminism. They would use that word. And I started to see that there was such an urgency around me writing down what I knew and my own experiences with white feminism, not only to validate what was happening to them, but also to show the extensiveness of the ideology and how it functions.

[That was around] what we are going to deem in the history books as a very polarized time in the history of women’s rights, in gender rights, in this country. Trump has been elected, the Women’s March is happening, and there was a lot of increased political activity for women who have never really participated in demonstrating and marching. A lot of these young women were in settings that were quote-unquote “feminist,” and they were explaining to me that they were bumping up against really intense white feminist ideology with friends, with coworkers, who they really trusted and loved and felt connected to on gender, and also with their families. What I always walked away from those talks wanting to ultimately convey to them is, it’s not just you, and also, this personal urgency you feel around white feminism, there is a deep historical backdrop that is happening in real time.

CS: In the book, you write that white feminism is “a type of feminism that takes up the politics of power without questioning them.” I’m interested in how that dynamic plays out in newsrooms, where the tools and language people use to address issues around gender are often informed by white feminism. How do you begin to introduce a different set of tools? Where does that conversation begin in media?

KB: I think that one of my disappointments with white feminism, and also sort of a respect for the grandiosity of how it functions, is that it’s been very good, the first wave of feminism, at indoctrinating women into white feminist principles, but also white feminist strategies. So the idea that you just hurdle towards power, it doesn’t matter in what capacity it will be used, it doesn’t matter who you will have to exploit to get there—that you being senior, that you being the patriarch in a systemic setting is progress, and is gender progress.

I tried to show in the book how feminism led by women of color and queer people does not have this end goal, and actually they are very suspicious of what we would think of as traditional power. It is in the foundational principle of their feminism to scrutinize that power and also to think about ways beyond it.

CS: Was there anything you found particularly surprising in your research?

KB: I was surprised to learn that what we think of now as the white feminist branding—this idea that you put, like, “Feminist as Fuck” on a water bottle or “Nevertheless She Persisted” on a tote bag—that is not new. I learned in my research for this book that suffrage groups of the early 20th century partnered with brands, specifically Macy’s, to pioneer this idea that women should be buying more politics. One particular suffrage organization deemed Macy’s the quote-unquote headquarters for suffrage and assembled a whole suffrage outfit that was very beautifully displayed in their store windows. It was heralded as the outfit you were supposed to wear if you were advocating for suffrage.

A lot of these suffrage groups, as well as their retailers, also made, like, suffrage pins, hats, buttons, luggage tags, “Votes for Women” dolls, and all this merchandising that we now think of as so modern, but it’s not at all. Suffragettes, particularly middle- to upper-class white suffragettes, were very clear that they were trying to partner with consumerism.

CS: Where do you see these conversations around white feminism going now? Do you see them evolving in promising ways?

KB: I think the question you pose is particularly pertinent with COVID, because for so many white-collar workers specifically, they have been removed physically from these institutions and powerful bodies, and are having to rethink a lot of dynamics about their work against the backdrop of childcare needs, and domestic labor, and health insurance, and all sorts of factors that frankly, white feminism has never really prioritized.

With so many of those workers having to work remotely, I think that the pushback to certain industry standards—specifically in women’s media—I don’t think it would have been possible, had people still been as tethered to a physical office. Having said that, pre-pandemic, I’ve been very optimistic about the growing number of unions in women’s media specifically. Union support has been growing in this country for a number of years now, which is new—it really declined under Reagan and has continued to decline, but around circa-Black Lives Matter, there’s been a lot more support for union organizing.

CS: The publishing industry in particular is disproportionately led by white women, and publishing is also an area where slow steps have been taken toward unionizing, but have often hit roadblocks. With those things in mind, I’m interested in hearing more about your experience in the publishing industry—when you were pitching the book, what sorts of editorial notes or questions came up?

KB: One of the things that my agent and I were very clear about, in assessing the proposal and putting it out, is that publishing is run by white women, to a large extent, and where, if at all, that overlaps with white feminism. One of the more curious responses that I had to the proposal when it went out was a sort of standardized response about how, like, they need that book, but they don’t think they should edit that book.

CS: What does that even mean?

KB: I mean, it doesn’t really mean anything. It means that this particular person is so racially illiterate that they are questioning the very ideas that I’m proposing and doubt their ability to effectively edit—which I would rather they be upfront about than find out halfway through the editing process. But that was one of the more curious responses that we got.

CS: I’m wondering to what extent that was a sort of misguided attempt to step aside and make space in a way that actually just reinforced a negative dynamic.

KB: Yeah. I mean, the way the industry is structured is like, okay, I’m the writer, right? I write this proposal with these ideas that I have assessed, based on these cultural factors. But because of the way that your industry is structured, you are not in a position to facilitate this project and therefore it just kind of stops there. [laughs] So I think that says a lot about like the structural capacity of white feminism and how it works, but also how it prevents a lot of work and art from being made, funded, accessible. It’s really far-reaching. 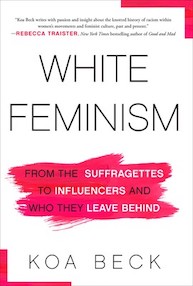 Am I Argentine? On Identity, Tradition and Finding Ties to One's Homeland 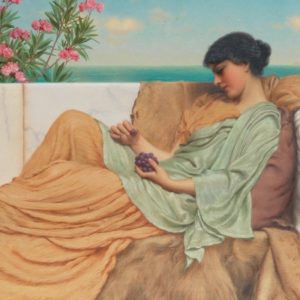