Am I Argentine? On Identity, Tradition and Finding Ties to One’s Homeland

Daniel Loedel Charts the Origins of His Debut Novel

I consider myself Argentine. I tell people it is not only part of my origin story but my identity. My first novel is titled Hades, Argentina, and to my friends I’m sure that seems fitting, the natural summation of my life and literary ambitions so far.

But the truth is I had never been to Argentina until I was 22. I do not have an Argentine passport or feel particularly well-acquainted with Argentine literature, and my father largely disowns the country in which he was born.

He first took me to South America when I was ten. I thought we were going to Argentina. It made sense: I knew we were going to stay with his sister, and that we were flying into Buenos Aires before continuing onto Montevideo and Punta del Este.

But at some point it became clear that Montevideo and Punta del Este were in Uruguay, and that we were not getting off the plane in Buenos Aires. When I asked my father why, he told me he hated Buenos Aires. When I clarified that I meant to ask why we weren’t stopping in Argentina, he said we didn’t have much family there anymore. Then he sighed and added that he didn’t have very strong feelings for the rest of Argentina, either.

At that point, I knew that my half-sister had been killed by the military dictatorship of the 70s, and I understood on some level that this complicated my father’s relationship to the country. But the nature of those complications I couldn’t disentangle. We still cheered Argentina on in sports, and pulsed together with nervous energy every time their team took a penalty kick in the previous year’s World Cup. My father still spoke of his childhood with fondness and pride, hanging pictures and maps of his hometown La Plata in my bedroom. He still loved Argentine culture—red meat and wine, tango and nostalgia and Borges. And he still had not, despite several decades living in New York City, gotten American citizenship. To the contrary, he still made it a point whenever he could to excoriate the country in which I was a citizen, and to make me believe he still considered himself an Argentine in his core.

Maybe he did; maybe he still does. But he has lived twice as long now in the U.S. as he ever did in Argentina.

We went five summers in a row to Uruguay to spend the holidays with aunt. Then in 2004 she died of pancreatic cancer, and we stopped going.

In those five years, I did not bring up the prospect of traveling to Argentina again, and in the following five years I didn’t, either.

Children of immigrants are often assumed to be a blend of two cultures: that of the country their parents were born in and that of the country they were born in. Their national identity is pictured in the popular imagination with tension, as a push-pull between two sides. Parents’ sense of self versus child’s; child’s versus society’s. There’s a kind of mathematical precision to the conception, and when the child comes out on the other side of this type of story, it’s usually with the best of both worlds added together, a feel-good arithmetic that says that you are indeed the sum of your parts.

For me—and for most children of immigrants, I imagine—the math is messier. It doesn’t even feel like math. I am not the product of Argentina plus America. I am the product of an absence of Argentina plus an un-American perspective plus all of the various influences from my Long Island-born mother who gets short shrift in any explanation of who I am because Argentina is more interesting and distinct. People always remember my father is from somewhere mildly unusual (even if they sometimes confuse Argentina and Venezuela or suppose I speak Portuguese rather than Spanish), and they have always accepted me as at least half-Argentine. No one has ever called me half-Long Island. Certainly I myself haven’t.

So what happens when you go through two decades of your life calling yourself Argentine but have never been to Argentina? When you’ve felt anchorless in some vague way for twenty years, laughing off notions of patriotism and scratching your head whenever someone extols the concepts of “home” or “belonging”?

Eventually, probably for no other reason than that the mantle of a semi-willed identity grows heavier with time, the implicit imposterdom harder to bear, you decide on a whim to move to Argentina after college. To the hated city, Buenos Aires, no less. Because if you’re finally going to the country your father has more or less kept from you all your life, you might as well go to its capital.

He didn’t understand my decision. Why would you want to live in Argentina, he asked me. It’s not a country of life. It’s a country of death.

I have mentioned my half-sister, disappeared by the dictatorship. She was from La Plata, but disappeared while living in Buenos Aires. She was one of approximately thirty thousand disappeared in Argentina. Among those was another cousin in the family, my half-sister’s partner, and many of her friends. There were relatives who fled to Brazil, Uruguay, and the U.S., relatives whose homes were ransacked or were woken up in the middle of the night with a machine gun in their face. And there were relatives who died of other causes after the dictatorship, friends who were separated or simply lost track of as the turbulence of the junta sent its ripples across the years.

For most of my life, my father had only gone back to Argentina for funerals.

At that point, I knew that my half-sister had been killed by the military dictatorship of the 70s, and I understood on some level that this complicated my father’s relationship to the country.

The time I spent living in Buenos Aires was strange and lonely. I made a few friends, but most were American. I had haunts, but no ordinary routine except going on a walk every day to the Recoleta Cemetery. I continued to primarily read books in English, and did no research into my half-sister or anyone else in my family. In Argentina I was not a half-Argentine, but rather an American expat.

I was focused there on my writing. Ironically, the story I was working on wasn’t set in Buenos Aires, but in New York. I’m not sure why. We know you can’t force a connection to anything, much less a place or past or identity, yet typically we try. I didn’t even do that.

I didn’t return to South America for another five years. In the interim I’d gotten a normal office job and a normal life and went on vacation to what I considered the normal destinations—Jamaica, Italy, Mexico, the innumerable beaches of the U.S.

Then in 2017 my father underwent surgery for colon cancer. He was eighty-four, and I thought he was going to die.

I was still moonlighting as a writer then, or told myself I was anyway. Waiting in the hospital while he was under the knife, I finally had the movie-like epiphany I should have had living in Buenos Aires, if not sooner: I would write about my half-sister. I would go back to the city in which she died. I would write about the country of death.

The book I glimpsed in that moment became Hades, Argentina. A novel in which a return to Buenos Aires prompts a descent into the country’s underworld and a reckoning with the ghosts of its past.

One of my early readers for Hades told me afterward she was so curious what Argentine literature had influenced it. Another that they could see the influence of Garcia Marquez and magical realism more generally. The word “tradition” is often used around my book to explain its origin or category, and often I feel exceedingly proud that my book belongs to one.

But the dirty secret remains that I don’t know the Argentine literary tradition very well. And I confess, blasphemy though it is, I’m not the biggest fan in the world of Garcia Marquez.

For most of my life, my father had only gone back to Argentina for funerals.

My father is, however. He is a devotee to both. I’m sure that influence seeped into me through some indirect route, not so differently from how my half-sister’s influence seeped into me indirectly. Often we don’t write for or against, but around. Circuitously ending up in the place we’ve only seen under shadow or in dreams. Chasing ghosts and reaching out and touching solely the cold air of absence.

And in the end, we may not end up anywhere. Though my novel is titled Hades, Argentina, and in my efforts to connect with my father and half-sister I feel more Argentine than ever, I know I am still just wearing a kind of cloak. Not an imposter exactly, but not something whole either. Merely a collection of fragments, of pieces of nationality and identity. You put the shards together in different, incongruous ways, and always some remain missing. But in those I actually catch my reflection most clearly. 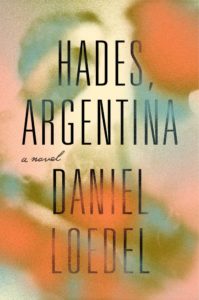 Daniel Loedel is a book editor based in Brooklyn. Hades, Argentina, his first novel, was inspired by his family history. 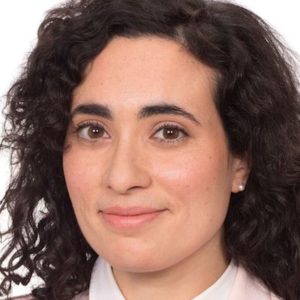 Many of us working in media, and especially those of us who are queer, people of color, or otherwise identified with groups...
© LitHub
Back to top
Loading Comments...