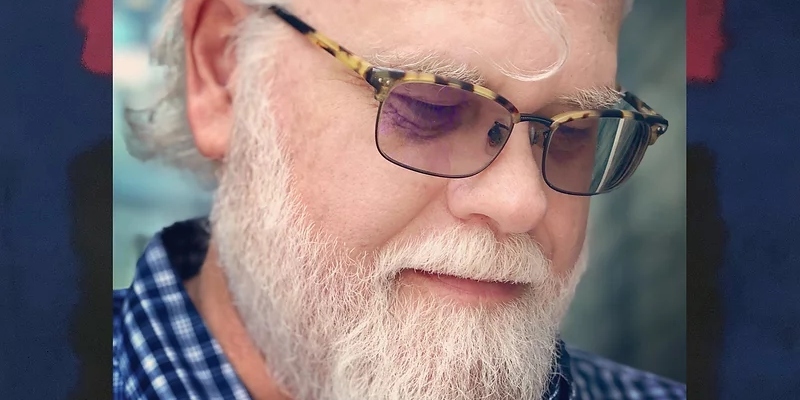 When you’re working with exactly 101 words, every single one has to count. So it’s no surprise that “Anniversary” by Kip Knott is a deeply satisfying read for those who revel in the power of brevity and the strength of a sudden turn.

This story is one of a precious balancing act: it is packed with emotions, but no one thinks, or really even does anything. It can all be boiled down to “one person asks for something, second person says no” but under Knott’s careful hand, we get a gasp-out-loud ending that lingers long after reading.

Listen to Kip Knott read “Anniversary” on Micro.
Subscribe and listen in full, wherever you get your podcasts!

KR: When you started writing this piece, did you set out to have it at exactly 101 words or did that come later, during the editing process?

KK: I wasn’t thinking of where to send “Anniversary” as I was writing it. But when I wrote the first draft, it just so happened that it was 102 words long. I knew that I wanted to write a micro piece that focused on the lasting impact of grief, so I set out to keep the piece around 100 words long. When I saw that it was 102 words long, that gave me the idea to submit it to 101-Words, and I knew that I could revise it so that it would fit their requirements.

KR: This piece is almost devoid of the internal, yet still packs a huge emotional punch at the end. Can you talk about that balancing act, especially in such a tight space?

KK: I approached this piece pretty much the same way that I approach writing a poem. I’m a big believer in the concept of leaping poetry wherein the poet doesn’t always fill in gaps between conscious and the unconscious thoughts, which allows readers to use their own subconscious to make leaps that connect one seemingly unrelated image to another. In leaping poetry, what isn’t said is just as important as what is said.

For this piece, I wanted the possibility to exist for readers to think one thing before learning the full truth of the situation. I thought it was important to say as little as possible so that readers wouldn’t be locked into one way of thinking only to have the rug pulled out from under them with a surprise ending. I wanted the ending to pack an “emotional punch” as you say, but I didn’t want it to be a shock ending. I knew that there needed to be some kind of emotional trigger for the scene. I thought of a music box at first, but that seemed too manipulative and obvious. So then I thought that I needed the trigger to be something mundane, something that many people could relate to, and something that wouldn’t necessarily suggest one thing or another.

For some reason, the opening of Apocalypse Now popped into my head, and that image of the ceiling fan in Willard’s hotel room, which conjures traumatic memories of helicopters and battle in his mind, really stood out. So in a way, the ceiling fan in my piece serves a similar purpose to the one in Apocalypse Now, insofar as it becomes a memory trigger and a symbol of trauma.

KR: You write prose and poetry, but also have had many published photos. How do these two art forms interact for you?

KK: Sometimes they directly interact. I’m a regular contributor for Versification, which pairs photos and poems in every issue. Whenever I have a poem accepted, I will then submit a photo for them to consider as a companion for the poem. Sometimes the photos are specifically composed to match a poem, but most times the photo I send wasn’t taken with a specific poem in mind, it just happens to relate to the subject or tone of the poem in some way. Whenever one of my photos appears with one my poems, they combine to form a whole new piece that relies on many of the concepts of leaping poetry that I admire. I compose a lot of my photographs in the same way that I compose my poetry: I look for a unique angle to take and I look for ways to compose a shot so that the viewer isn’t locked into one way of perceiving the image. I love to create photographic “essays” that consist of a series of 5-10 photos on a theme or subject. I want these “essays” to compel viewers to use their own subconscious to make connections between all of the photos, which I hope will create a kind of poetic narrative. I’ve had a couple of these photographic “essays” appear in Barren, and the feedback I’ve gotten from viewers has been wonderful. A lot of times they see things in my photos that I wasn’t consciously aware of when I took them, which is the whole point.

KR: What do you think is the best temperature to sleep in?

KK: Cold. I don’t have a specific temperature in mind, but I know it’s cold. We keep our thermostat set at 66 in the winter, so I guess there’s that. I sleep under a 25-pound weighted blanket, which keeps me as warm as I need to be. When I was kid, I spent a lot of time with my grandparents in Hemlock, Ohio, which is in the Northern Appalachian region of the country. My parents had a trailer on my grandparents’ property, so we would stay there for long weekends and holidays, and I would stay there on my own in the summers when I would live with my grandparents. The heating system in the trailer wasn’t very efficient, so it could get very cold in there in the fall and winter. I remember waking up every Christmas morning and seeing my breath as I got out of bed. My grandmother made her own quilts and comforters, so my siblings and I would pile them on top of us and huddle together under them to keep warm at night. We didn’t know it at the time, but we were doing weighted blankets before weighted blankets were cool!

KK: I’m not a writer who writes every day or who writes to a schedule. I’ve tried both of those approaches, and they just don’t work for me. I’m much more of an “in the mood” writer. I need to be in the mood to write. Sometimes that mood will last for several days—or weeks, even. For instance, I wrote a whole series of nineteen ekphrastic poems on the paintings of Mark Rothko in twelve days, and all of those poems became the middle section of my first full-length book Tragedy, Ecstasy, Doom, and so on.

When I do find myself in the mood, I grab my laptop, plop down in my overstuffed chair next to my bookshelf that holds all of the books that inspire me (which constantly changes throughout the year), turn on the TV, choose an episode of some TV show as background noise (currently, it’s the Scottish mystery series Shetland), and start writing. I need noise when I write. If things are too quiet, I can’t focus on what I’m doing, which I think has something to do with growing up in a crowded house with four siblings.

If I get stuck on something—a word, a phrase, an image, etc.—I’ll take a break and pay attention to whatever show I have on TV, or I’ll flip through one of the books on my shelf for inspiration. The books that I seem to be turning to the most lately are Of Gravity and Angels by Jane Hirshfield, Ritsos in Parenthes by Yannis Ritsos, and Palm of the Hand Stories by Yasunari Kawabata. When the image of the ceiling fan from Apocalypse Now popped into my head while I was working on “Anniversary,” I took a break and watched that opening scene. After that, I wrote the piece very quickly, read it to my wife, Dana, who’s my sounding board, and then sent it out to two places I really admire. One of the places passed, but the other, 101-words, took it. Sometimes I get lucky and everything lines up just right, and that was certainly the case for this piece.

Kip Knott is a teacher, writer, photographer, and art dealer living in Delaware, Ohio. He is the author of four chapbooks of poetry and two full-length books of poetry, the most recent being Clean Coal Burn (Kelsay Books). His first collection of short stories, Some Birds Nest in Broken Branches, is forthcoming from Alien Buddha Press. His writing and photography have appeared in Barren, Beloit Fiction Journal, Flash Fiction Magazine, Gettysburg Review, New World Writing, Virginia Quarterly Review, and The Sun. 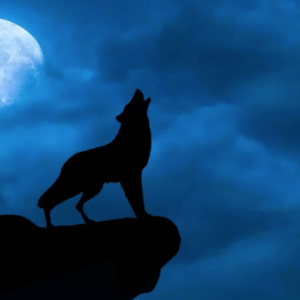 In June, award-winning indie publisher Graywolf Press announced the retirement of Fiona McCrae, who had served as Director...
© LitHub
Back to top