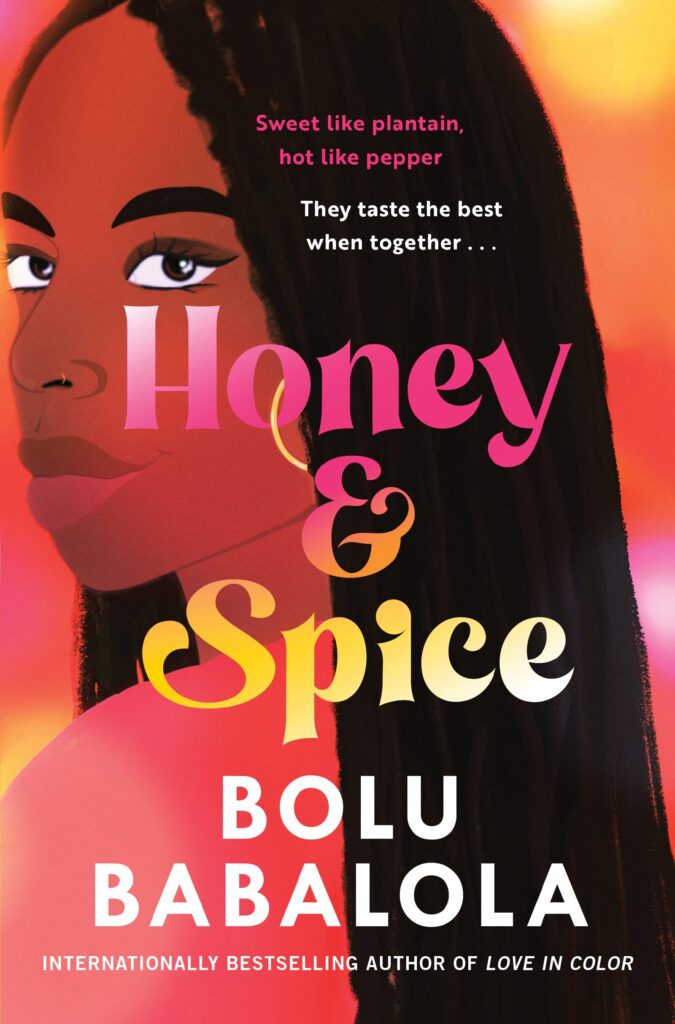 The following is from Bolu Babalola's Honey & Spice. Babalola is a British-Nigerian journalist, writer, and lover of love. In 2016, she was shortlisted in 4th Estate’s B4ME competition for her short story “Netflix & Chill,” a hilarious tale of teen romance. While writing scripts for TV and film, she also works as a content creator, where she calls herself a “romcomoisseur."

“Can we start the show?”

I smiled into the mic and adjusted the headphones on my ears, slid a knob on the mixing desk down, and switched to a soft neo-soul instrumental, turning it down low.

“Good evening, fam, that was D’Angelo and you already know what it is, kickin’ it with Keeks and throwing it all the way back this Thursday night, giving you the finest, smoothest, sexiest tunes to vibe to—as always, because I care about you guys. I want you to have the best in all things. Now, with that being said, tonight I have something in particular I wanna discuss with my sisters. Fellas, stay if you want but if you’re easily rattled by women acknowledging their power, then, please, to the left, to the left. Take this as a health warning. If you start beating your chest so hard it becomes concave, my guy, you will only have yourself to blame.”

I smiled and glanced back at Aminah as she smirked, gave me a thumbs-up in encouragement. I turned back to the mic. “Now, with all health and safety concerns addressed I think I’m clear to tell you that I wanna talk about the concept introduced by tonight’s theme song by our patron saint D’Angelo, with ‘Playa Playa.’ That’s right. We’re talking about The Player. Did you like how I said it? Like it was a monster or some shit.”

“Kiki,” Aminah admonished within her capacity of producer and person who had to make sure I adhered to university broadcast guidelines so we didn’t risk our show being taken off the air.

I grinned. “Sorry. What I’m about to issue is a PSA. A warning. It is crucial for our well-being, sisters. Now see, many people think of ‘player’ as a gender-exclusive term. It’s a guy smooth with his tongue . . . in a couple different ways. Don’t act shy, you know what I mean. This is a safe space, girls. Let your savagery unleash. We are red-blooded women and we have needs, okay?”

Aminah laughed as she clicked her fingers above her head like she was at a spoken word recital. “Go ahead, sis. Tell it.”

I allowed my voice to slip into an exaggerated spoken word cadence, low and silken. “It’s a guy with so much sauce he has you swimming in it. Has your head spinning in it so you don’t know which way is up and which way is down—so you don’t even realize when he has you trippin’ for him.”

Aminah let out a loud hum as if she was in church, and I turned to see her, eyes closed, hand on heart, shaking her head as if she was receiving the word.

I stifled a laugh, rolled my eyes, and turned back to my mic, my voice becoming somber now, morphing into my ten-o’clock-news-bulletin voice, “But allow me to ask a question, my sisters. If he is a player, are we games? Or are we consoles to be used to help a guy navigate his way to being a man? Our buttons being pressed, being turned this way and that for his progression?”

Aminah hummed louder and raised her hands in praise.

I leaned closer to the mic even though no one could see me, because I knew the effect would be felt, the punctuation would ripple through the airwaves. “Aren’t you tired of mandem using your hearts for sport? I ask this now because I heard there’s a new player in town. And I won’t lie, he’s kind of cute too. A snack. A beverage. But you guys know that too much coffee is bad for you, right? Keeps you up all night, bad for your heart, makes you thirsty, and occasionally, if you’re extra sensitive, gives you the shits. This analogy went left, but you catch my drift.

“In a similar manner, there is a tall, hot, dark presence in Whitewell that has our ladies moving hectic. Giving them the shakes, making them snappy, dehydrated, and irritable. Be wary of the Wasteman of Whitewell, sisters. It’s cuffing season and feelings are infectious, I get it, but get your immune system up, take your shots (I myself am partial to bourbon), listen to Meghan Thee Stallion twice a day, and take your antihistamines to ward off the dusty. Because you know what I think, ladies? It’s time to flip the term ‘player’ on its head. This thing called romance ain’t a one-player game. Let’s reclaim our power.

“Wastemen are aptly called so because they waste our time. Waste our energy. On purpose. They sell us dreams and then take them away, so we end up chasing them as if it was ever a reality. They’re bad at communication, texting us good morning every day and then leaving us in the cold of blue ticks when we ask them where they’re at, leading to us jumping to conclusions, and let me tell you, that kind of cardio isn’t good for our hearts. It takes us away from us. Wastemen are thieves. What was it that my king D’Angelo said in his parable of a bop ‘Playa Playa’? They rob you of your glow, queens. See, that time and energy that they take from us could be used for realizing our power. Stop us from seeing how beautiful we are from soul through to skin, because he has you wondering why you aren’t enough. Now ain’t that a bitch? If you ask me, I think we should be bigger bitches.

“Sisters, I’m not suggesting anything radical. Just that we take our control. The game will always be the game, but make sure you’re at least an equal player. At best, a better one. Call it karmic restitution. Make them sweat you and don’t ever let them catch you slippin’. Until next time, stay sweet, ladies. Yours always, K.” 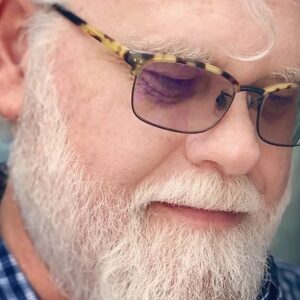 Kip Knott on “Leaping Poetry,” Weighted Blankets, and Pairing Writing with Photos Micro is a podcast for short but powerful writing. Each week features a few short pieces of fiction, creative nonfiction,...
© LitHub
Back to top