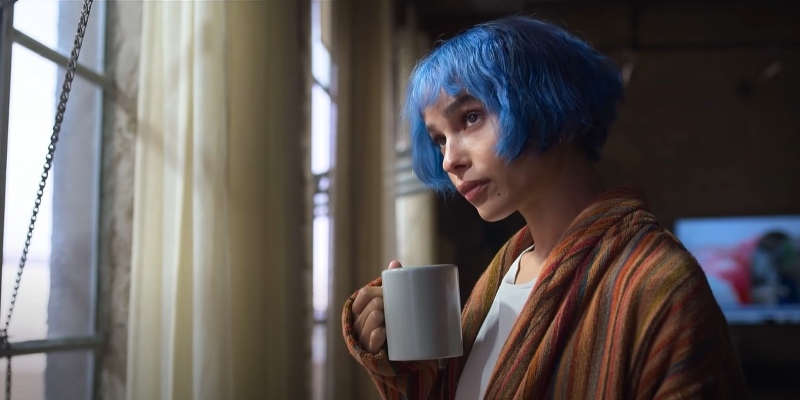 What the Soderbergh-Kravitz Collaboration Gets Right

First, a confession: I’d rather watch the insides of my eyelids than a film about the Covid-19 pandemic. I know the onslaught of pandemic-set media is looming, and various iterations of Love in the Time of Coronavirus are inevitable, but our ongoing reality is pretty much the last thing I want to see in anything ostensibly related to art or entertainment.

And yet, I watched Steven Soderbergh’s pandemic-set thriller, KIMI, the day it premiered on HBO Max. Contradictorily, I loved it.

Contradictions are germane to Soderbergh’s Academy Award–winning career as a filmmaker. For one, he announced his retirement from filmmaking back in the early 2010s. Nevertheless, he’s been making films prolifically since then, with KIMI being one of his best—not despite having Covid-19 as its backdrop, but because of it.

Its greatness can be largely attributed to its star, Zoë Kravitz, who plays Angela Childs, a Voice Stream Interpreter for a tech company whose Alexa-like device (the eponymous KIMI) is rapidly set to take over the market. But when Angela overhears a sexual assault during one of her streams, a Rear Window–esque mystery ensues, replete with corporate coverups, corruption, and chase sequences. As the hardboiled plot unfolds, so do the film’s themes around privacy, technology, and the systemic dismissal of violence against women. Still, it manages to avoid being overwrought.

Like much of Soderbergh’s work, the film is slickly shot and paced, but unlike some of his other thrillers (the Oceans series comes to mind), it’s never exaggerated or obnoxiously clever. Similarly, the pandemic isn’t just a superficial backdrop or a mechanism to move the plot along; it’s a fact of life that’s profoundly affected our protagonist.

The film is tense when it needs to be, and surprising in the way its final act wraps up with satisfying (and hilarious) efficiency. But what stands out most are the eccentricities that Kravitz brings to her role. The first thing we see Angela do is go to her apartment window and keep tabs on her neighbors’ daily routines. She texts one and invites him to an outdoor breakfast at the nearby food truck, but then bails, unable to bring herself to leave the house. She works from home with her company PC next to her personal laptop, next to her can of air duster, next to her bottle of hand sanitizer. She debugs her streams late at night and takes breaks during the day to Facetime her mother and make telehealth appointments. The film implies that Angela had obsessive and antisocial tendencies before lockdown, but now everything has been intensified by isolation and the quite reasonable fear of contagion (Contagion, incidentally, being another great Soderbergh film). She takes perfect care of her teeth but refuses to go to the dentist.

Angela’s dental hygiene has nothing to do with the plot of KIMI, but it was the third time in thirty minutes that we watch her brush her teeth that I realized there could be such a thing as a good pandemic movie. Since the beginning of our Covid era, I too have become rather preoccupied with dental care. I brush and mouthwash three times a day. I floss incessantly. I bought an oral irrigator. I drink dark liquids only through straws. I sometimes whiten my teeth even though no one’s going to see them through a mask. I’m able to maintain this regimen because, like Angela, I now spend the vast majority of my life at home and in front of a computer.

Living largely isolated and witnessing horrifying amounts of death and disregard for public health has changed me. As tepid as I sometimes am to leave my home, I’m also now wont to talk to strangers and share things they probably don’t care about (take my teeth, for example). In short, the pandemic has made me weirder.

In KIMI, the pandemic has changed Angela in ways that are poignantly relatable. Besides the brushing, she also obsessively hits the hand sanitizer. We see her do this countless times, yet every time stands out for the way it highlights the psyche of her character. She thoroughly rubs her hands together and then waves them dry. Sometimes she shakes her hands rapidly; other times she does so slowly, unconsciously. Even when she’s preoccupied with uncovering a crime and corporate malfeasance, her body remembers and performs. The film’s score is at its tensest not in the final confrontation, but when she’s just trying to keep six feet of distance on the street and dodges strangers regardless of how erratic she appears. She’s unashamed of her scruples and peculiarities. We’re all weird creatures, even if we don’t always show that side of ourselves. KIMI shows that side of Angela, and it’s the film’s focus on her idiosyncrasies that elevates it from being a story about the pandemic to being a story about a person trying to live through one.

KIMI has style and substance—Soderbergh makes sure of that—but more importantly, it showcases humanity. Angela is an admirable hero in more ways than one: beyond taking on the bad guys, she’s unafraid to tell her loved ones about her mental health struggles even while she willfully isolates herself. Like us, she’s a character who contains contradictions. KIMI shows that you can both want to be alone and not alone at the same time. You can spend your days doing meaningless work and still connect with others. You can roll your eyes at the premise of a pandemic-set film, and you can still find one that you love.

Theo Yurevitch is a writer and educator. His fiction and criticism can be found in Saranac Review, Cosmonauts Avenue, Breakwater Review, The Southeast Review, Literary Orphans, Flow, and elsewhere. He has held teaching positions at Utah Valley University and Florida State University, where he received an MFA in creative writing. Find out more at theoyurevitch.com.

Reconsidering the Conventions of the So-Called Internet Novel 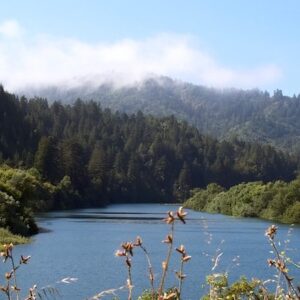 Remember a place along the river. Recall the season, the time of day, how the sun shone on the water, the trees’ shadows....
© LitHub
Back to top