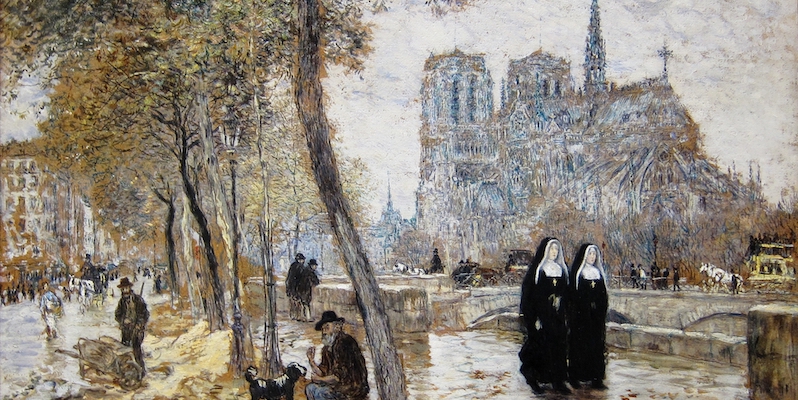 Viollet‑le‑Duc came from a family steeped in French high culture. His grandfather was an architect; his uncle was a painter who studied under the great Jacques‑Louis David; and his father was governor of the royal residences.

All his adult life Viollet‑le‑Duc visited medieval buildings, drew them beautifully, and theorized about architecture. His writings and drawings are collected in the Encyclopédie Médiévale, a massive volume full of detail and insight. With his mentor Prosper Mérimée he worked on the restoration of numerous buildings, including Sainte‑Chapelle, a royal church that had been built around the same time as Notre‑Dame on the Île de la Cité.

He loved his job. Looking back, he said: “Work was the best part of our day.” He was obsessed with medieval architecture, and he adored the cathedral of Notre‑Dame de Paris. There was no one in the world better qualified to renovate Notre‑Dame.

He began by meticulously making a color‑coded map showing the location and type of every stone in the areas needing repair.

Laborers began to remove the damaged stones. The statues over the west portals had been beheaded during the revolution, and more than 60 had to be replaced. Other decorative features such as gargoyles and chimeras had been smashed.

As they were taken down Viollet‑le‑Duc made drawings of what was left, displaying the painstaking draftsmanship that must have been a reflection of his innermost character. I am the proud owner of one of those drawings. It shows a corbel, which is a support for a shaft, carved as the head of an imaginary monster.

He also exploited the new technology of photography to make daguerreotypes.

Where there was nothing left but an empty space he used drawings and photographs from other medieval cathedrals to design substitutes. He drew Gothic windows to replace the medieval stained glass broken in the revolution.

Viollet‑le‑Duc replaced those of the bells that had been melted down for cannons in the revolution. (The great Emmanuel had somehow survived.) In the north tower he put a new, stronger timber support structure; and as I watched with horrified eyes on April 15th, I thought I saw fire inside that tower. Later reports said those flames had been extinguished just in time by firefighters who had bravely ascended the tower at the risk of their lives.

Viollet‑le‑Duc put together a team of skilled masons, carpenters, sculptors, and glaziers to repair or reproduce the impaired stonework.

His aim was to restore the church to its original look, but he was not sufficiently meticulous to satisfy the most conservative critics. His gargoyles were not very medieval, they complained, and the chimeras—monstrous animals—that he created to decorate the roof were not like anything else in the church. The ambulatory and the chapels that radiate from it were said to be overdecorated, an unusual fault to find with a Gothic cathedral, a bit like saying that a party frock is too pretty. The restored south rose window has some of the figures in the wrong order, apparently.

Worst of all, the new spire was positively modern.

The medieval cathedral had had a central tower with a spire. Victor Hugo described it as “this charming little bell‑tower,” although he never saw it: it was dismantled before he was born. He wrote angrily of the architect who removed it, but in all likelihood it had become weak and was in danger of being blown down.

As far as I know there is no reliable description of the original tower, just two sketches. In any event Viollet‑le‑Duc made no attempt to imitate a medieval tower in his design for the replacement, and this is the loudest complaint of his critics. Instead, he modeled the new spire on a similar one recently added to the cathedral at Orléans. At its base were images of three disciples, and it was said that the face of St. Thomas staring up at the spire looked remarkably like that of Viollet‑le‑Duc himself.

The criticism did him no harm. He spent the rest of his life as the leading expert in his field. He was consulted on the repair and renovation of dozens of buildings, and he wrote copiously on theories of architecture. He seemed to have no end of energy. In his sixties he was elected to the Paris city council. He died at the age of 65 after spending the summer hiking in the Alps. 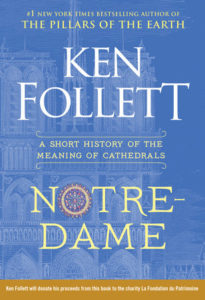 Ken Follett is one of the world’s most successful authors. More than 160 million copies of the 30 books he has written have been sold in over 80 countries and in 33 languages. 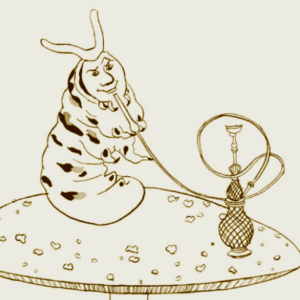 The following entries are from Lawrence Millman's encyclopedia of fungal lore, Fungipedia, a compendium of all things mushroom;...
© LitHub
Back to top
Loading Comments...