On this episode, Marcy and Jennie talk to Kelly Jordan, author of the picture book The Little Blue Cottage.

Kelly Jordan: Jessica Courtney-Tickle is based in the UK, so we haven’t met, but we’ve been emailing quite a bit and we’re fans of each other. And it’s really interesting since we don’t know each other and I didn’t get to see the illustrations until they were further along, just to see how she interpreted my words and added a whole secondary story was pretty neat. At the end of the story, the mother who’s been present throughout isn’t there, and it’s not clear why. That’s left open to interpretation, but it goes along with the theme that things change and life changes, and the structure of our families sometimes change and there’s sorrow interwoven. I just love that she added that extra depth, and I think she transformed it into something way better than just the words on their own.

Kelly Jordan has a journalism degree from the University of Georgia and spends her days as a communications manager and magazine editor. She lives with her husband in Decatur, Georgia, and regularly visits her family’s little blue cottage in Florida. This is her picture book debut.

Jessica Courtney-Tickle studied illustration and animation with a focus in children’s picture books at Kingston University. A freelance illustrator, she especially loves creating nature scenes. She lives in Cambridge, UK.

The Thousand Crimes Of Ming Tsu

The Golden Girls of Literature: Reading Women Recommends Books by and About Older Women 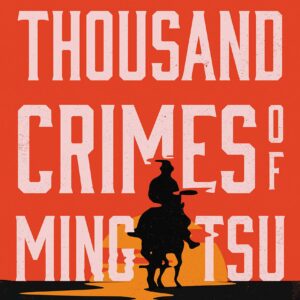 The Thousand Crimes Of Ming Tsu

In the gambling tent he played craps and robbed his table blind. He downed tumblers of whiskey and rotgut and played faro,...
© LitHub
Back to top