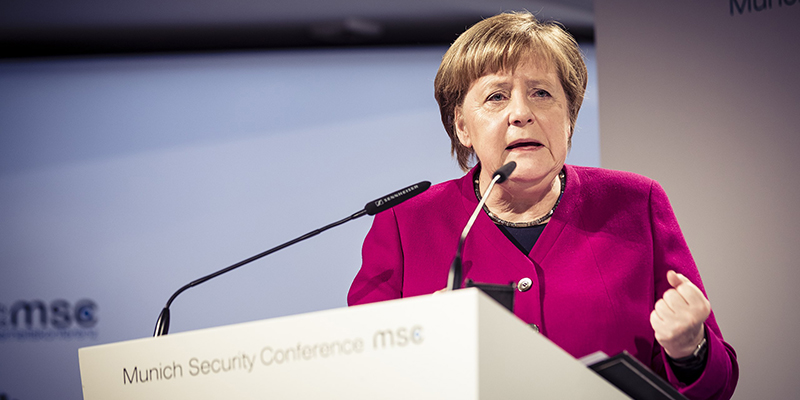 In this episode of Just the Right Book with Roxanne Coady, Kati Marton joins Roxanne to discuss her book, The Chancellor: The Remarkable Odyssey of Angela Merkel, out now from Simon & Schuster.

Kati Marton: It was dangerous to stand out [in school in Eastern Germany]. Merkel always sat in the back of every class. At the same time, she was always the best in every class because she was brilliant and that she could not disguise. But her appearance was about as drab as it could be. And [it] served her well.

Merkel went to the best university in the East Block, and her first exposure to how far the Stasi penetrated individual lives was when she was nearly held back from graduating from high school for a kind of a childish prank. She sang the communist anthem in English. They were not going to let her graduate, even though she had won a prestigious place at Leipzig University. Her father had to smooth things out for her so she could go.

[For Merkel, university] was a great training ground for a politician, a future politician to be that cautious and that in control of her narrative.

[Merkel] was never what they assumed her to be because quite deliberately, she didn’t want to call attention to herself, …and you can get a whole lot more done if you’re not always taking credit for it, if you in fact do it quietly and sideways as opposed to frontally.

[Merkel would not] let [her] anger cloud [her] judgment and that her ego is under control. She has a very robust ego. I mean, nobody, nobody becomes chancellor of of the powerhouse of Europe, Germany, if they don’t have a big ego and if they don’t think they can handle the job. And she has a photographic memory, she was always the smartest kid in the class and she knows how to bide her time. She has self-control.

I have to say very few male politicians have that level of self-control and the ability to just let be, to sit on things as opposed to erupting because she does not identify herself with her role, she she has a very strong sense of who she is and has and has always had a separate life from her political life. And this is such an important lesson for not just for politicians, but for anybody who has ambition to have a big job is, you know, don’t be swallowed whole by the job. Keep something to yourself. And she’s been masterful at [doing that.]

Merkel is as objective about herself. She’s a trained scientist, so she analyzes herself and any given situation and very rarely does she act on impulse. One of her mantras is “the advantages outweigh the disadvantages.” She weighs the evidence. And of course, you know, in in the kind of complex world that we now live in, particularly in the time of COVID, that has proved to be a tremendous advantage because she’s not afraid of numbers. She’s not afraid of technology. She’s very tech-wise.

Merkel only accessed Twitter because during her four toughest years, the four years of Trump, she had to see what he was saying as that was the only place where he expressed himself. She relinquished her taboo on Twitter and followed him [Trump]. But she was among the first to signal the tremendous power and danger of social media. She put that right up there with nuclear weapons as a danger for society.

She has no ambivalence about [God]. That here on Earth our duty is to do the daily work of salvation. She often refers to the fact that for her Sisyphus rolling that giant rock up the hill is not a not a pessimistic image. Even though the rock keeps falling on his head, he persists. I would characterize her as a determined optimist.

Obama’s relationship to Merkel was as close to love as he had with any foreign foreign leader. And that love was accompanied by tremendous respect. “Get Angela on the phone” is a line frequently heard in the White House from Obama. When he wanted to know pretty much anything about anything he would turn to Merkel.

Germans really enjoyed and continued to be on the right side of history for a change and have coped with [immigration.]. It’s not a front burner issue anymore. Those one million Middle Eastern refugees have been largely assimilated, and that is to her permanent credit and legacy.

[Merkel] will stay at the negotiating table till the cows come home. I have a quote from her saying that the only way she could tell the time of day was whether they were serving bread and jam or a roast. … Her focus is absolute when she’s negotiating and she says that she is like a camel, she can store up sleep and and go for days without it and then collapses when it’s over.

Merkel’s relationship with Putin is so interesting and they have such a clear understanding of each other because they’re both products of the of the same foundation, the same totalitarian Soviet base.

I asked her not long ago, which language do you now speak with Putin? Because she’s the only one whom he really respects and speaks to. So she answered. Well, these days we rapidly switch. I start off speaking to him in Russian and we rapidly switch to German because his German is better now than my Russian.

[Merkel is] hilariously funny, but very dry… You know, she doesn’t want us to know that because that doesn’t belong on her public side. It’s unfortunate. I think she often misses opportunities to connect with people but, it’s the combination of 35 years in the surveillance state and a Lutheran background.

She allowed me to observe her at work, and she allowed me to spend a great deal of time with members of her inner circle, which was actually unusual, much more valuable than a sit down with Angela Merkel would get me zero point zero information because she’s so controlling of information. But to observe her and I did scores of interviews with people who’ve known her their entire lives.

[Merkel has] transformed [Germany]. There’s no disputing that it is a much more open and tolerant country—toward women, and she made marriage equality, the law of the land. All this as head of the Christian Democratic Union, she opened up space for women. She did all this as a stealth politician. And she made … a multi-ethnic culture a reality. There’s no going back on that.

Most of all, what [Merkel] has done is put to rest forever the notion … how a woman leader leads because of the things that she has achieved, the ego free politics and and the fact that her focus was on her people, not on herself. … I attribute them to the fact that she is a woman. And I think it’s a new image, a new definition of a powerful woman leader that we can all learn from.

Kati Marton is the author of True Believer: Stalin’s Last American Spy; Enemies of the People: My Family’s Journey to America, a National Book Critics Circle Award finalist; The Great Escape: Nine Jews Who Fled Hitler and Changed the World; Hidden Power: Presidential Marriages That Shaped Our History; Wallenberg; The Polk Conspiracy; and A Death in Jerusalem. She is an award-winning former NPR and ABC News correspondent. She was born in Hungary and lives in New York City. 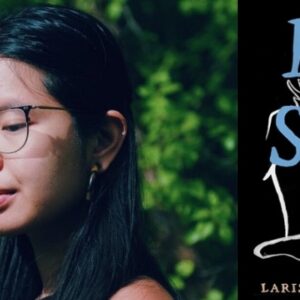 Larissa Pham is the guest. Her new book, Pop Song, is out now from Catapult. Subscribe and download the episode, wherever...
© LitHub
Back to top