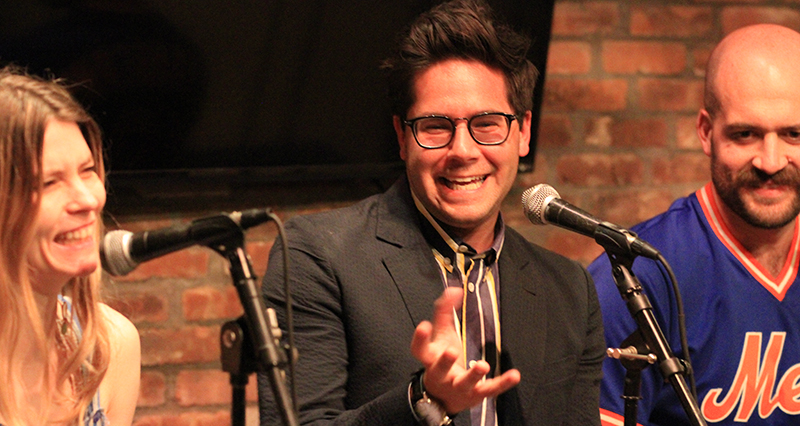 Kathleen Alcott, Ryan Chapman, and Nick Mancusi on Creating the Worlds of Their Novels

This week, the podcast features the reading and panel discussion from the LIC Reading Series event on June 11, 2019, with Kathleen Alcott (America Was Hard to Find), Ryan Chapman (Riots I Have Known), and Nick Mancusi (A Philosophy of Ruin). Listen to the readings here!

Kathleen Alcott: I spent a lot of time with the men involved in the Apollo Program, including engineers and Alan Bean, who was the fourth man on the Moon. They had some interesting things to say, but actually what was so remarkable was how programmatic in their answers they still were. They endured such exhaustive, recursive exercises that even 50 years later they were not able to speak from their own identities or subjectivities. I had to work really hard as a journalist.

Catherine LaSota: How do you write such convincing characters with that as your source?

Kathleen Alcott: Because I’m good at asking question, so I was able to figure out what the chinks in the wall were and how to get to them.

Nick Mancusi: Was it the Cold War wall of secrecy?

Kathleen Alcott: No, it was even simpler and more boring than that. It was like, “Well, if you set your sights and don’t look to the left or right…” and I’m like you’re the most interesting person I have ever talked to and you’re so fucking boring. That was probably the most shocking part of the book.

Ryan Chapman: But that’s what the novel is for. It’s very believable that these people who might not be forthcoming or great at articulating their interior lives would be great for the space program.

Kathleen Alcott: The whole thing about the way these men were trained, like Alan Bean told me that landing on the Moon wasn’t that interesting because he’d done it so many times in simulation. Everything that he did he had done so many times and you could not take any steps if you had not completed the step before and practiced it.

Born in 1988 in Northern California, Kathleen Alcott is the author of the novels Infinite Home and The Dangers of Proximal Alphabets. Her short stories and nonfiction have appeared in Zoetrope: All Story, ZYZZYVA, The Guardian, Tin House, the New York Times Magazine, the Bennington Review, and elsewhere. In 2017, she was shortlisted for the Sunday Times EFG Short Story Award; her short fiction has been translated into Korean and Dutch. She divides her time between New York City, where she teaches fiction at Columbia University, and Vermont, where she serves as a 2018-2019 visiting professor at Bennington College.

Ryan Chapman is a Sri Lankan-American writer originally from Minneapolis, Minnesota. His work has appeared online at The New Yorker, GQ, McSweeney’s, BookForum, BOMB, Guernica, and The Believer. A recipient of fellowships from Vermont Studio Center and the Millay Colony for the Arts, he lives in Kingston, New York.

Nicholas Mancusi’s writing has appeared in the New York Times Book Review, Time magazine, The Daily Beast, NPR Books, and many other publications. His short fiction has appeared in Joyland. His debut novel, published by Hanover Square Press, is entitled A Philosophy of Ruin. He was raised in New York and lives in Brooklyn.

Behind the Mic: On The Majesties by Tiffany Tsao, Read by Nancy Wu 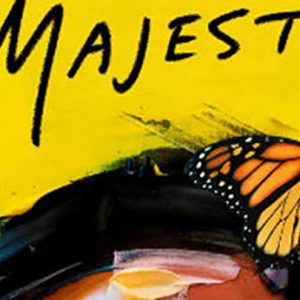 Behind the Mic: On The Majesties by Tiffany Tsao, Read by Nancy Wu